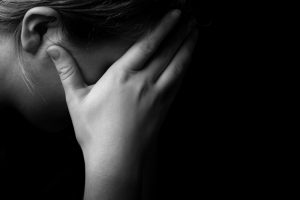 Screening for even mild depressive symptoms before hip fracture repair may be helpful in predicting which patients are at higher risk of developing delirium after emergency surgery, according to results of a new study by researchers from Johns Hopkins Medicine. The researchers say their findings also add to evidence that symptoms of depression and postoperative delirium may be an early indicator of Alzheimer's disease, although those findings were not conclusive.

A report on the findings, first posted online, ahead of print, on Feb. 3, 2021, will be published in an upcoming print issue of The American Journal of Geriatric Psychiatry.

Delirium is a condition characterized by sudden development of mental confusion and disturbance in attention. Some patients with delirium may appear to be restless and agitated, while others may appear to be drowsy and withdrawn. The disturbance in mental state is associated with loss of functional independence, increased mortality and higher health care costs, and commonly occurs in hospitalized older adults after a severe illness or surgery, including individuals who have recently undergone emergency hip fracture repairs. According to the U.S. Centers for Disease Control and Prevention, each year, more than 300,000 people age 65 and older are hospitalized for hip fractures -; almost all of them caused by falls.

In an effort to assess risk for delirium and investigate links to Alzheimer's disease, the researchers analyzed data from 199 older adults undergoing emergency hip fracture repair with spinal anesthesia at Johns Hopkins Bayview Medical Center in Baltimore, Maryland. The participants -; 145 women and 54 men -; were an average age of 82, and all but six were white.

Prior to surgery, participants were screened for depressive symptoms, using a 15-question geriatric depression scale survey (GDS-15) in which a score greater than five is often used as an indicator for major depressive disorder. They were also given a standard Mini-Mental State Exam (MMSE), a test used to identify mental impairment, if the score is below 25.

A simple depression questionnaire may be a useful tool in identifying if older patients are at high risk for developing delirium."

A multidisciplinary panel of experts evaluated the patients from day one to day five after surgery or until hospital discharge to track the predictive value of depressive symptoms in delirium, using several data sources. These included the confusion assessment method, a diagnostic tool used to identify delirium based on patient assessment; a review of medical records; and family and nursing staff interviews. The researchers also examined whether baseline cerebrospinal fluid biomarkers of Alzheimer's disease were associated with depressive symptoms.

To tie GDS-15 survey scores to delirium after surgery, the team used analytical models to account for differences in age, sex, race, education, medical conditions and results of the MMSE. Another model factored in the cerebrospinal fluid biomarkers of Alzheimer's disease to the equation.

Analysis showed that a greater proportion of those with depression (GDS-15 higher than five) developed delirium, compared to those without depression (GDS-15 lower than five) (53.3 % vs. 34.7%). Higher GDS-15 scores were associated with a 30% greater risk of postoperative delirium, even after adjusting for demographics, medical conditions, MMSE and Alzheimer's disease biomarkers.

In examining the overall relationship between Alzheimer's disease cerebrospinal fluid biomarkers and delirium, the findings were mixed, says Oh, as the biomarker ratios of Aβ42 to total and phosphorylated tau proteins were associated with GDS-15, but not with postsurgery delirium. "The reason for the mixed associations might have been that in the brains of older adults, there are probably other neurodegenerative disease processes other than Alzheimer's disease, and therefore biomarkers of Alzheimer's disease alone do not entirely explain the underlying brain vulnerability," added Oh.

Fifty-two of 73 (71%) of the patients who developed delirium had mild or more severe depression. Added together with the presence of mild depression, cognitive impairment or abnormal Alzheimer's disease cerebrospinal fluid biomarkers accounted for 67 of the 73 (92%) cases of delirium.

Oh says the findings add to evidence from previous studies that have found significant associations between depression or depressive symptoms and delirium postsurgery. Those earlier studies, she says, focused on clinical depression, as opposed to mild depressive symptoms, which have been of increasing interest in the field of Alzheimer's disease and are far more prevalent in individuals undergoing outpatient procedures.

Understanding risk factors for delirium is important because there are well-established methods to prevent it. By identifying patients who are at higher risk for developing delirium, physicians may be able to intervene earlier to effectively prevent the condition. To that end, the next steps in this study are to determine whether the GDS-15 survey might be a useful tool to predict occurrence of delirium in different populations, as well as using it to identify a high delirium risk group for an intervention study.