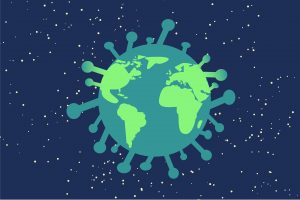 The Dutch government said on Monday it is extending until March 2 its night-time coronavirus curfew, the introduction of which last month sparked the country’s worst riots in four decades.

The 9pm to 4:30am (2000-0330 GMT) curfew, the first in the Netherlands since World War II, had been due to end on Wednesday, but Prime Minister Mark Rutte had warned that it was likely to be prolonged.

“The curfew will be extended… This is necessary because new, more contagious variants of the coronavirus are gaining ground in the Netherlands,” the government said in a statement after a cabinet meeting.

More than 95 percent of Dutch people were obeying the curfew, which was introduced on January 23 along with a limit on visitors restricted to one person per household per day and ban on flights from some countries, the government said.

The Dutch government last week extended other restrictions until March 2 including the closure of bars, restaurants and non-essential shops, although most primary schools reopened on Monday.

Three days of unrest erupted after the curfew began, with police using water cannon and tear gas against rioters in Amsterdam, Rotterdam, The Hague, Eindhoven and other cities.

More than 400 people were arrested.