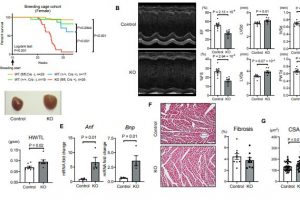 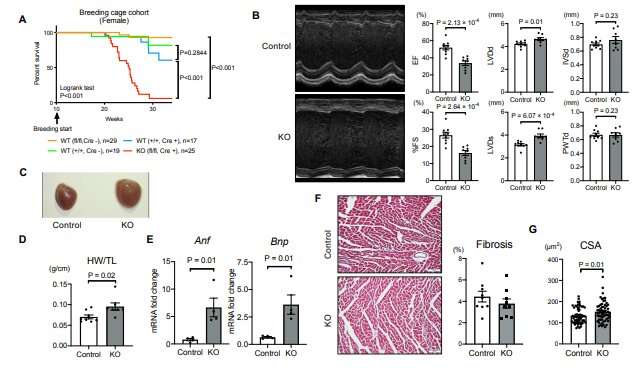 Northwestern Medicine scientists have uncovered a key regulator of pregnancy-associated heart growth, according to a recent study published in the Journal of Clinical Investigation.

An mRNA-regulating protein called ZFP36L2 is critical for ceasing this heart growth after the pregnancy has ended, according to Hossein Ardehali, MD, Ph.D., the Thomas D. Spies Professor of Cardiac Metabolism and senior author of the study.

“We know the heart grows during pregnancy, but nobody knows how this is controlled,” said Ardehali, who is also director of the Center for Molecular Cardiology at the Feinberg Cardiovascular and Renal Research Institute and the Medical Scientist Training Program (MSTP). “We’ve discovered this pathway that tightly regulates the growth so it doesn’t grow uncontrolled.”

Pregnancy is associated with substantial physiological changes throughout the pregnant individual’s body. One such change is increases in heart size and blood flow to ensure the fetus receives proper oxygen and nutrients.

While this growth usually reverts to normal after pregnancy, some women experience peri-partum cardiomyopathy (PPCM), a persistent enlargement of the left ventricle that reduces heart pumping capacity. This condition can cause sudden cardiac death if left untreated.

The mechanisms underlying this heart enlargement have remained unknown, for both normal and disease states, so Ardehali and his collaborators used genetically modified mice to explore how the process is regulated.

The investigators discovered a long regulatory pathway that begins with ZFP36L2. Through a complex series of biochemical reactions, the mRNA-regulating protein helps tamp down the activity of mTOR, a master regulator of protein synthesis that is often associated with organ growth. Mice without ZFP36L2 have higher mTOR activity, and therefore larger hearts.

“Our findings strengthen the crucial role of mTOR as a master regulator of pro-anabolic signals in mammals,” said Hidemichi Kouzu, MD, Ph.D., co-lead author of the study and former member of the Ardehali laboratory.

This pathway is likely engaged at the end of pregnancy, according to Ardehali.

“This system has to be active to make sure the heart goes back to its original size,” Ardehali said.

In the study, mice without ZFP36L2 were treated with rapamycin, a drug that blocks mTOR function. These mice saw improvement in heart function, pointing to a possible therapeutic target for PPCM, of which there are no current treatments.

“We don’t have any specific medicine for PPCM, so these findings give us some specific agents that might work,” said Yuki Tatekoshi, MD, Ph.D., co-lead author and a member of the Ardehali laboratory.