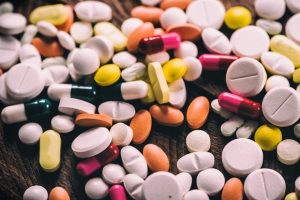 To prevent testing on animals and create even more precise ways of testing therapeutics, the pharmaceutical industry is increasingly turning to human immune cells. However, the availability of cells like these has been limited to date. Now, Fraunhofer researchers have succeeded in scaling the production of customized immune cells from laboratory up to industrial level.

Human immune cells and immune cell preparations are gaining an increasingly prominent role in modern medicine- in new cancer treatments and in the development and testing of new drugs, for instance. To obtain these cells for health research purposes, the industry has long relied on human donors or used cell lines from different types of cancer. Given that every human being and every cancer cell is unique, however, it was not possible to standardize the processes involved. This was proving a major problem until two stem cell researchers from Japan and the UK discovered a huge game changer in 2006, when they succeeded in converting mature skin cells into induced pluripotent stem cells (iPSCs), which can then redevelop into different cell types. In recognition of this, Shinya Yamanaka and John B. Gurdon were awarded the 2012 Nobel Prize in Physiology or Medicine- the fastest the prize has ever been awarded in medical history.

Enter Prof. Nico Lachmann and his team at the Fraunhofer Institute for Toxicology and Experimental Medicine ITEM and Hannover Medical School (MHH), who are now exploiting the ability of these iPSCs to divide and differentiate indefinitely. The researchers have developed an unprecedented method of continuously producing specific, mature immune cells from these iPSCs in scalable systems- from small to industrial-sized applications. This is done in a device resembling a large snow globe, where the stem cells are immersed in a solution and kept constantly in motion. Using novel bioprocesses, they continuously propagate the targeted immune cells. What's more, the iPSCs do not need to be replaced until around three months down the line to keep quality consistent.

Immune cells on a large scale

The ingenious design- in 3D, instead of the previous 2D design at the bottom of a petri dish- is what makes the process really stand out. It means that the researchers are able to produce significantly larger quantities of the designer immune cells and the scale can be expanded as required. As Prof. Lachmann states: "We spent three years researching the ideal medium, angle and speed for the standardized production of immune cells from iPSCs and have repeatedly adjusted many parameters along the way. This optimized method is a great asset for investigating and evaluating drug candidates because we can test their efficacy and safety directly in human target structures without having to use animal experiments, which are effectively the long way round."

Initially, his team specialized in macrophages, which are scavenger cells that fight bacteria and form an important element in the human immune response. The next step will see Prof. Lachmann and his team establishing cell-based potency assays (for cancer drugs, as an example). These test systems can measure the potency of biological and bioengineered drugs and play an essential role in the quality control and release testing of active ingredients and drugs. Based on their key technology for the continuous production of macrophages, the researchers also intend to develop new manufacturing processes for various fully standardized immune cell products and cell-based immunotherapies, thereby opening up many additional applications.

A whole host of applications

The potential of designer immune cells is huge- to take one example, they can be genetically modified to light up when they detect impurities in drugs, something that has been very laborious to identify until now. Artificial skin tissue, which is already being used to test cosmetics, could be enriched with immune cells to better reproduce the reactions of a human organism. Another possible scenario would include the use of such cells to test air quality. When people breathe in, their macrophages and other immune cells are the first to react to pollutants in the air. Furthermore, there is the therapeutic effect that the cells may have: In the future, specifically adapted and artificially produced immune cells may even be used to cure diseases in patients, such as cancer.

With all this in mind, it is hardly surprising that pharmaceutical companies and research organizations have already expressed a keen interest in the process and are enthusiastic about designer immune cells. As Nico Lachmann is happy to confirm: "This demand is a clear sign that our technology has great potential for practical exploitation- something that we are assessing at the moment."