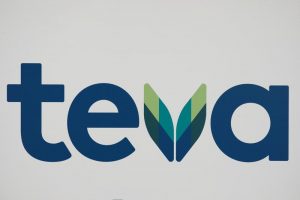 JERUSALEM (Reuters) -Teva Pharmaceutical Industries has temporarily halted drug production at its Irvine plant in California to address issues raised by the U.S. Food and Drug Administration (FDA) after a recent inspection, the company said on Monday.

Israel-based Teva did not specify what issues were raised by the FDA.

Bloomberg reported that the production halt followed Teva’s recall of more than 2.5 million vials of drugs in recent months, many of them cancer medications. The report said the vials may have been contaminated with mold owing to water leaks discovered by FDA inspectors.

Teva said the plant received an FDA Form 483, which lists observations of issues that could lead to potential FDA rule violations.

“We have carefully reviewed the 483 and are taking extensive actions to ensure the agency’s observations are fully addressed,” Teva told Reuters.

“As a precautionary measure, we temporarily stopped the manufacture of products from the Irvine facility while we conduct a thorough review.”

Teva said all its facilities had strict and comprehensive quality protocols in place and as part of the work it was doing in response to the recent FDA inspection “we will further enhance our efforts to ensure that we meet or exceed all regulatory requirements.”

It noted that in an effort to minimise impact on patients, it was working with the FDA Drug Shortage Staff and FDA Office of Manufacturing Quality while it conducts its review.

“We will ensure that the agency and relevant customers are aware of our progress as we move forward,” Teva said.

The Irvine plant – Teva Parenteral Medicines Inc. – has faced similar problems in the past, receiving an FDA warning about manufacturing violations related to the production of sedative propofol during a July 2009 inspection.