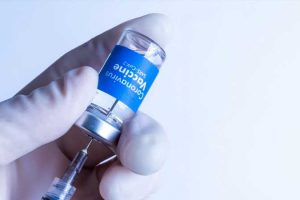 The world is currently three for three on the number of COVID-19 vaccines that now look promising. Researchers from the University of Oxford in the U.K. and international drug maker AstraZeneca report their vaccine is safe, too, and that it sets off a similar type of immune response across all the people who have been inoculated with it. The study, whose results were published in The Lancet medical journal, involved 560 healthy adults, half of whom were over the age of 70.

Preliminary results also showed that the Oxford vaccine causes few side effects. “We’re really delighted with the results,” Andrew Pollard, who heads Oxford’s vaccine trial team says. “In this study, we have … been trying to examine the immune responses in older adults and address this question that has been out there about as you get older whether the immune system is less able to respond. And these first data are really encouraging … showing that we are getting very good immune responses — even in the over 70s, which look very similar to those in younger adults,” he said (via CNBC).

Unlike the vaccines produced by Pfizer and Moderna, both of which use mRNA and were seen to be 95 percent effective against the coronavirus, the Oxford vaccine is made from a weakened, modified version of the common cold virus from chimpanzees. The Oxford vaccine has been used for other experimental inoculations against Ebola, malaria, and other viral illnesses, which made it possible to adapt it for use against COVID-19 (via Nature). By contrast, the mRNA vaccines made by Moderna and Pfizer use a genetic material that allows our bodies to recognize what the coronavirus looks like, without injecting us with any viral fragments (via The Conversation).

While the Oxford results look promising, British scientists like Andrew Hayward of the UCL Institute of Epidemiology tell the BBC that the shots likely won’t be ready in time for us to have normal Christmas holidays. “We’re on the cusp of being able to protect those elderly people, who we love, through vaccination. It would be tragic to throw that opportunity away … by trying to return to normality over the holidays. My personal view is we’re putting far too much emphasis on having a near-normal Christmas,” Hayward says.