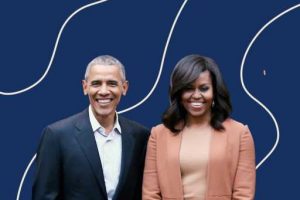 Michelle and Barack Obama celebrate their 29th wedding anniversary on October 3 and we’re celebrating too, by revisiting some of their best parenting quotes. And boy, do we have a lot of gems to choose from. Since retiring from the White House in 2016, the former presidential couple has been entirely focused on their two daughters Malia, 23, who is working in television, alternativen zu viagra forum and Sasha, 19, who is attending college at the University of Michigan.

And although we know very little about the girls’ private lives as individuals — try as the tabloids and conspiracy theorists did, Sasha and Malia have never been the source of scandal — Barack and Michelle have shared the sweetest anecdotes about raising children, both and in out of the White House, including parenting on the busy campaign trail, welcoming their daughters home during the COVID-19 lockdown, and their hopes and fears for Sasha and Malia.

“The problem is we just don’t make progress in a straight line,” Barack told Conan O’Brien in May about raising girls in a culture ingrained with systemic racism. “We have to be vigilant; we have to work hard, we have to push and be resilient. That, I think, is what I hope I’ve instilled in my daughters, and Michelle’s instilled in our daughters.”

But the couple has also offered us lighter parenting tidbits such as Barack’s “dad humor” (jokes which he’s admitted mortify his children) and Michelle’s self-proclaimed role as “Mom-In-Chief” to acknowledge the importance of motherhood.

It’s clear why these two are unofficially America’s mom and dad. Happy anniversary, you two!