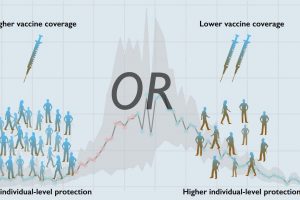 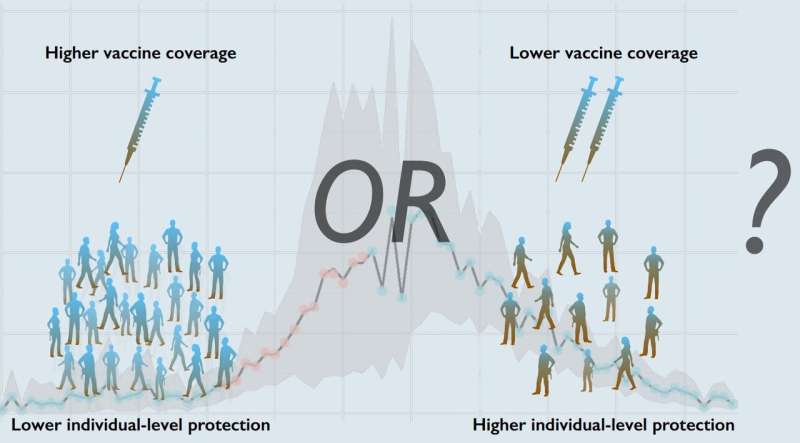 Two of the COVID-19 vaccines currently approved in the United States require two doses, administered three to four weeks apart, however, there are few data indicating how best to minimize new infections and hospitalizations with limited vaccine supply and distribution capacity. A study published on 21st April, 2021 in the open access journal PLOS Biology by Seyed Moghadas at York University in Toronto, Canada, and colleagues suggests that delaying the second dose could improve the effectiveness of vaccine programs.

The emergence of novel, more contagious SARS-CoV-2 variants has led to a public health debate on whether to vaccinate more individuals with the first dose of available vaccines and delay the second dose, or to prioritize completion of the two-dose series based on tested schedules in clinical trials.

In order to compare the epidemiological impact of each vaccination strategy, researchers built a mathematical model that simulated both COVID-19 transmission and various delayed second dose vaccination schedules. The model simulated several scenarios, including a range of levels of preexisting immunity in the population and decreased vaccine efficacy of the first dose when followed by a longer interval between doses.

The authors found that delaying the second dose for 9-15 weeks after the first dose avoided more hospitalizations, infections, and deaths compared to following the recommended schedules for Moderna and Pfizer-BioNTech vaccines.

The authors note that the study has several limitations, including a lack of clinical evidence quantifying the durability of the vaccines when administered under different schedules. Researchers thus assumed that protection levels of the first dose were stable if second doses were delayed, and that the protection level after delaying second doses was identical to overall protection after two doses when vaccinating according to schedule. Further studies are needed to pinpoint the optimal time between doses for each type of vaccine.

According to the authors, “When racing against a burgeoning outbreak, our results show that prioritizing vaccine coverage with rapid distribution of the first dose would be critical to mitigating adverse outcomes and allow the healthcare system to also address non-COVID-19 medical needs of the population.”