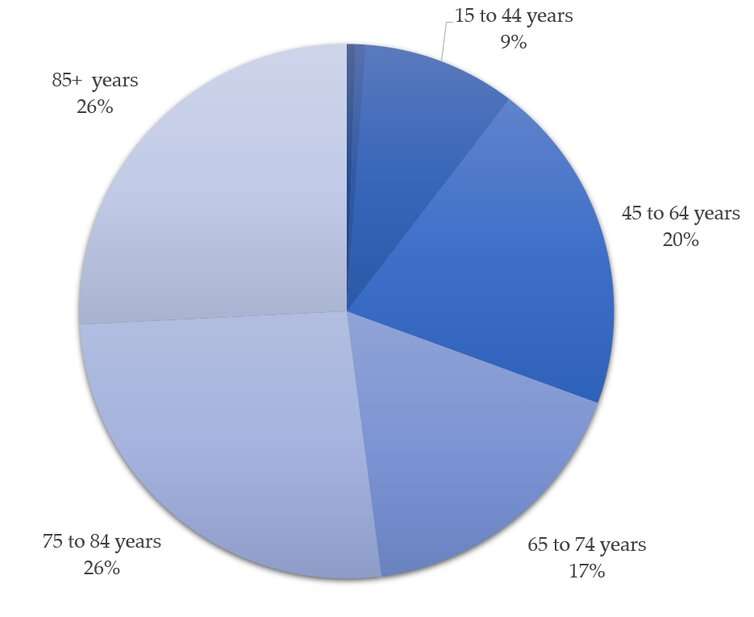 England has gone into a tough lockdown to halt spiraling COVID-19 hospitalisations and relieve pressure on its health system. The prime minister, Boris Johnson, has said the new lockdown will last at least seven weeks, but it’s safe to assume that, with many hospitals near capacity, it will stay in place as long as is needed to suppress the threat of the NHS being overwhelmed.

In the meantime, generic differin canadian pharmacy no prescription the government is betting the house on ramping up its vaccination program, aiming to offer a first COVID-19 vaccine dose to 13.8 million people by mid-February, including to all over-70s. Not everyone eligible will take one, but we can expect quite high levels of uptake given that the UK usually comes close to meeting the World Health Organization’s target of 75% uptake for the flu vaccine in the over-65s.

Assuming these ambitious vaccine targets can be met, what scope is there for pressure on hospitals to ease?

Public Health England figures show that people over 70 are at the highest risk of being admitted to hospital because of COVID-19. Those 85 and over are especially vulnerable. Their risk of hospitalisation over the past two months has been approximately double that of people aged 75-84, four times that of people aged 65-74, and more than ten times that of groups under 65.

Our own calculations, which combine Public Health England figures with population numbers from the Office for National Statistics, show that approximately 60% of new admissions for COVID-19 in December 2020 were of patients aged over 70.

According to preliminary data on COVID-19 hospital patients who aren’t admitted to the intensive care unit, older patients stay longer in hospital on average—over-75s stay for eight to ten days compared with six days for patients aged 50-64. This means that older patients make up an even larger proportion of patients in hospital than those initially admitted.

Therefore, prioritizing protecting this older age group from infection with vaccines has the potential to substantially reduce pressure on hospitals.

The hospital areas most under strain have been intensive care units (ICU), which are bursting at the seams, especially in London and the south-east, despite expansions in capacity.

As with general hospitalisations, immunizing most over-70s will contribute to easing this pressure, but in intensive care units this effect will be more limited for two reasons. 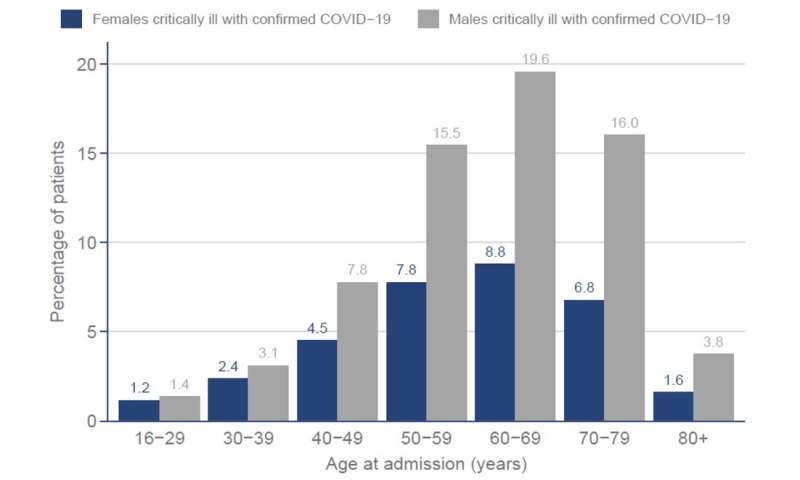 First, patients in intensive care with COVID-19 have a median age of just 62; fewer than a third of these patients are over 70 years of age.

Second, intensive care patients are also in hospital for much longer on average, about twice as long as non-ICU COVID-19 patients. This means it will take longer for any decline in admissions stemming from vaccination to reduce pressure on patient numbers in intensive care units.

So the strain on ICUs may not be fully eased until people in their 50s and 60s are also immunized, and even then there will be a delay due to the long length of stay of many patients needing critical care.

Will lockdown be effective?

It’s hoped that the new lockdown regulations, including school closures, will allow time for the vaccine program to have these desired effects. The prime minister has indicated February 22—after the half-term holiday—as the first possible date when schools could reopen. How likely is this goal to be met?

The four-week November lockdown in England saw a leveling off in hospital numbers without any substantial decline. It is unclear whether the current lockdown, which is tougher, will be enough to reverse the recent sharp increase in infection rates—which is believed to be down to a new variant of COVID-19—in the seven weeks until February 22.

At the beginning of the November lockdown, the number of COVID-19 patients in hospital was only 10,994. Starting from a worse position suggests that getting things under control could take longer than before; with the first lockdown, the restrictions that started in late March didn’t begin to lift until early June.

There is hope that vaccinating most over-70s in the initial roll-out will make a dent in hospital capacity pressures alongside the lockdown, and so hasten a return to manageable levels, although there are time lags at every stage.

It takes at least a couple of weeks for patients to develop any immunity from vaccines, and falls in hospital admissions will lag behind the falls in infection rates resulting from vaccination. Any fall in the number of patients actually in hospital (especially ICU patients) will lag further behind still.