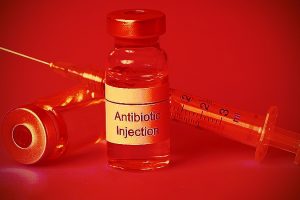 LISBON, Portugal — During the pandemic, critical and acute care hospitals with medium and high rates of antimicrobial resistance (AMR) showed significant increases in antibiotic prescriptions and longer durations of antibiotic treatment among all hospital admissions, and also in those patients who were bacterial culture-negative, according to a large US-based study.

The analysis across 271 US hospitals also showed that AMR rates were significantly higher for pathogens during the pandemic period compared with the prepandemic period in patients who were tested for SARS-CoV-2, and highest in SARS-CoV-2 positive patients.

More than a third of SARS-CoV-2 positive patients who were prescribed antibiotics were bacterial culture-negative.

“There are differences in AMR that go beyond COVID-positive admissions,” Gupta told Medscape Medical News. “There is opportunity for improvement especially with those hospitalized patients who had a negative culture result, or no culture collected.

“We found a higher percentage of COVID-positive admissions that were prescribed antibacterial therapy even in those having [tested negative for bacteria] or no culture result,” said Gupta. “Our data also shows that the percentage of admissions with duration of antibacterial therapy over 3 days was significantly higher in COVID-positive but culture-negative/no culture patients compared to other groups evaluated.”

Duration of antibiotic therapy in the prepandemic era was an average of 3.5 days compared with an average of 3.8 days overall in the pandemic and 5.7 days in patients tested positive for SARS-CoV 2. Similarly, the percentage of patients who were bacterial culture-negative or had no culture and received antibiotic therapy for more than 72 hours was 17.6% in the pre-pandemic era compared with 19.2% overall in the pandemic era, and 41.1% in patients who tested positive for COVID-19.

Gupta and Bauer wanted to look at all patients admitted to hospitals segmented by SARS-CoV-2 positive, negative, and not tested, to get a sense of how much antibiotic use there was and how long patients were on antibiotics. “We ultimately want to optimize and not overuse antibiotics and prescribe them for right period of time,” said Gupta.

“To date, there has been no conclusive evidence about the suggestion that the pandemic has led to increased AMR rates, so we aimed to evaluate the pandemic’s impact on AMR and antibiotic use across US hospitals,” he explained.

The multicenter, retrospective cohort analysis made use of BD’s infection surveillance platform (BD HealthSight™ Infection Advisor with MedMined™ Insights) and was conducted across 271 US critical access/acute care facilities, representing approximately 10%-13% of US hospital admissions. It included all hospitalized patients with more than 1 day of in-patient admission. Patients were considered SARS-CoV-2-positive by PCR test or antigen test either 7 days or less prior to or within 14 days of admission.

Investigators included all hospital admissions with an AMR event (first positive culture for select gram-negative or gram-positive pathogens that were reported as nonsusceptible across blood, urine, respiratory, intra-abdominal, skin/wound, and other sources).

The researchers wanted to tease out whether hospitals with high, moderate, or low AMR rates look different with respect to antibiotic prescribing patterns. During the pandemic period, they found that hospitals with high and medium AMR rates experienced significant increases in antibiotic prescriptions and longer durations. Prepandemic, the overall hospital-onset AMR rate was 0.8 per 100 admissions, whereas during the pandemic this rose to 1.4 per 100 admissions in high AMR hospitals and dropped to 0.4 in low AMR hospitals.

Asked for independent comment, Jason C. Gallagher, PharmD, BCPS, clinical professor at Temple University School of Pharmacy in Philadelphia, told Medscape, “It is not surprising that there was more antimicrobial resistance in patients with COVID than those without. Even though antibiotics do not work for COVID, they are often prescribed, and antibiotic use is a major risk factor for antimicrobial resistance. This is likely because clinicians are sometimes concerned about coinfections with bacteria (which are rare) and because hospitalized patients with severe COVID can acquire other infections as they are treated.”

Gupta explained that they were seeing interesting associations that can inform antimicrobial stewardship programs and teams. “We are not trying to imply causality,” he stressed.

It is a common practice for stewardship teams to evaluate the need for continuation of antibiotic therapy at 3 days, especially in patients who are culture negative or did not have a culture collected.

“Antibiotic time-out at 3 days is a recommended practice to evaluate for continuing antibiotic therapy based on the patient’s condition and culture results,” he said. “This is what made our study unique because we wanted to look at what percentage of admissions were prescribed antibiotics beyond 3 days and compare to the prepandemic period.”

Session moderator Evangelos J. Giamarellos-Bourboulis, MD, PhD, an assistant professor of internal medicine and infectious diseases, University of Athens, Greece, thanked Gupta for his “eloquent presentation” and sought to clarify whether the data “refer to antimicrobial use that was empirical or whether use was in hospitals with high AMR rates, or whether the approach was driven through microbiology?”

Gupta replied that this was why they evaluated the negative-culture and no-culture patients. “We wanted to get a measure of antibacterial use in this population too,” he said. “Definitely, there is empirical therapy as well as definitive therapy, but I think the negative and no-culture group provide a reference point where we see similar signals and trends to that of the overall population.”

An audience member also addressed a question to Gupta: “Did you look at the patient population, because in many cases, during COVID, these patients may have been more severe than in the prepandemic period?”

Gupta replied: “In our manuscript we’ve done an analysis where we adjusted for patient-level facility and regional-level factors. There are definitely differences in the patient populations but overall, these are pretty sick patients when we look at the level of severity overall.”