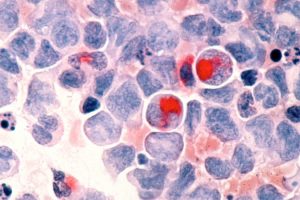 The study was published on researchsquare.com as a preprint and has not yet been peer reviewed.

This is a summary of a preprint research study, “Intensified Cytarabine Dose During Consolidation in AML Patients Under 65 Years Is Not Associated With Survival Benefit: Real-world Data From the German SAL-AML Registry,” led by Maher Hanoun of Essen University Hospital, Germany. The study has not been peer reviewed. The full text can be found at researchsquare.com.

M. Alexander Otto is a physician assistant with a master’s degree in medical science and a journalism degree from Newhouse. He is an award-winning medical journalist who has worked for several major news outlets before joining Medscape and also an MIT Knight Science Journalism fellow. Email: [email protected]