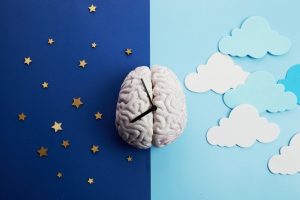 The importance of circadian rhythms to the survival of the individual is unquestioned. These biological rhythms are set to the day-light cycle and modulate host behavior to optimize survival by fitting activities to the appropriate time of day. Such changes have been found in the sleep cycle, feeding, nerve transmission, and hormonal secretion patterns, all of which change with the day length or photoperiod.

A recent paper examined the difference in neuronal communication in the hypothalamic network that regulates physiological function in response to the photoperiod. The researchers uncovered a novel mechanism of adaptation to seasonal changes in the day length, which could help develop new treatments for seasonal affective disorder (SAD) and other conditions linked to seasonal changes in photoperiod.

SAD is a mood disorder that leads to depressive symptoms emerging in winter in people living in the northern hemisphere. Interestingly, exposure to bright light at dawn mitigates the symptoms within days. This also works with major depressive disorders, bipolar disorder, and to a lesser extent, clomid patient reviews neurodegenerative conditions like Parkinson’s or Alzheimer’s disease.

The mammalian brain detects light via intrinsically photosensitive retinal ganglion cells (ipRGCs), which project to the suprachiasmatic nucleus (SCN) of the hypothalamus. This is the pacemaker or master clock of the circadian system. It sets the body to the outside light-dark cycle by coordinating the other parts of the brain to this cycle as well.

Earlier research established that seasonal changes in light exposure change the number of AVP neurons in the SCN, neurotransmitter-containing neurons in the region called the paraventricular nucleus (PVN), and a parallel relationship between the two. The PVN is not linked directly to the retina but receives numerous SCN projections.

The SCN contains about 20,000 neurons. The ventral part of the SCN to which the ipRGCs project via glutamate-expressing terminals is called the retinohypothalamic tract (RHT). The recipient neurons express vasoactive intestinal peptide (VIP). Others, in the dorsal SCN, express arginine vasopressin (AVP).

Independent of this, most SCN neurons secrete (NT) γ-aminobutyric acid (GABA), an inhibitory neurotransmitter. This acts with GABA to link the different parts of the SCN together. This function is intimately connected to neuromedin S (NMS), a neuropeptide found only in the SCN and secreted by 40% of SCN neurons, including almost all that secrete VIP and AVP. NMS is key to circadian regulation of body processes.

The coordinated activity of the SCN allows the brain to change its regulatory activity with the photoperiod, acting on brain networks and individual neurons. This involves neural plasticity via changes in the phases of daily electrical rhythms, as well as altered expression of the clock genes in this region.

In animals, altered day length induces plasticity in the neurotransmitters, switching between somatostatin and dopamine in the PVN, for instance, with corresponding changes in the stress response.

In humans, too, photoperiod alterations are linked to changes in the number of dopaminergic neurons. The question addressed in this study was whether seasonal changes in light exposure that affected neurotransmitter profiles in the SCN would cause PVN neurotransmitter plasticity as well, mediating the central regulation of physiologic processes and behavioral responses.

What did the study show?

The current study, available online in Science Advances, was carried out on mice.

The results indicate that with a shortened photoperiod, SCN neurons expressing VIP decrease in number, while NMS neurons that project to the PVN dopaminergic neurons increase in parallel.

The researchers observed that with short-day exposure, NMS-negative neurons switched to an NMS-positive expression without adding new SCN neurons.

It also changed the ratio of coexpression of VIP and NMS, supporting the occurrence of a neurotransmitter switch. A similar phenomenon was seen with a subset of non-VIP neurons, which acquired the VIP phenotype when exposed to long days. In addition, SCN-NMS neurons formed a higher number of synapses on the PVN dopaminergic neurons with short day length.

That is, PVN dopaminergic neurons synchronize to the short-day photoperiod of winter through the increased number of stimuli from an expanded NMS neuron population in the SCN. The PVN neurons appear to accomplish this by changes in calcium ion signaling.

Secondly, they found that NMS neurons are key to the photoperiodicity-induced regulation of physiology by the hypothalamus. According to earlier studies, locomotor activity follows a circadian pattern regulated via an SCN-PVN network. NMS neurons in the former are involved in regulating these rhythms via their synaptic connections with other nerve cells.

When the photoperiod is consistently short, chronic inhibition of the NMS neurons results in a corresponding reduction in dopamine-expressing neurons in the PVN, a reprogramming of the activity within these PVN neurons that results in the observed change in calcium signaling and the neurotransmitter switch. This is associated with a delay in the onset of motor activity. Overall activity remained the same, as did the total circadian period.

When mice were exposed to chronic chemogenetic stimulation of the NMS neurons with 12-hour light exposure (long photoperiodicity), they started moving on their exercise wheels later in the day. That is, their daily locomotor rhythm showed a delayed onset.

Locomotor amplitude decreased as well, along with more dopaminergic neurons appearing in the PVN. This was not observed with chronic stimulation of VIP neurons at night.

Thus, NMS neuron stimulation simulates the effects of a short photoperiod, but the latter those of long day exposures, with reduced NMS neuron numbers.

The results of this paper show a clear SCN-PVN network response to photoperiodicity, where it induces neuronal plasticity in the PVN, altering its functions and changing the onset time of locomotor rhythms via NMS neurons in the SCN. The switching of neurotransmitters in the SCN “occurs via recruitment of resident neurons to a fate they would not normally have taken on.”

Some of the neurons newly expressing NMS come from VIP cell switching and the rest from other cells. The SCN memory for photoperiod may be mediated in part by this neurotransmitter switch.

This corroborates and extends the findings of earlier studies in animals. Earlier, researchers have shown that VIP mediates synaptic connectivity between neurons in the SCN to produce a reorganized pathway in response to long day exposure. This neurotransmitter has been shown to be important in synchronizing the network in such a scenario.

The current study reveals that VIP and NMS neurons change in the number with the photoperiod in response to gene expression changes. Chemogenetic activation of NMS neurons shows that the activation/inhibition of this pathway is enough to alter dopaminergic activity in the PVN while retaining the total number of NMS neurons intact. This neurotransmitter switch leads to reorganizing the SCN-PVN circuit, affecting locomotor activity.

The molecular adaptations revealed in the SCN-PVN network might prove useful for the development of novel targets and therapeutic approaches for treating seasonal and nonseasonal depression and other cognitive impairments induced by altered light-dark cycles.”