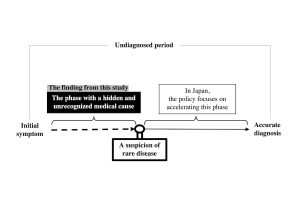 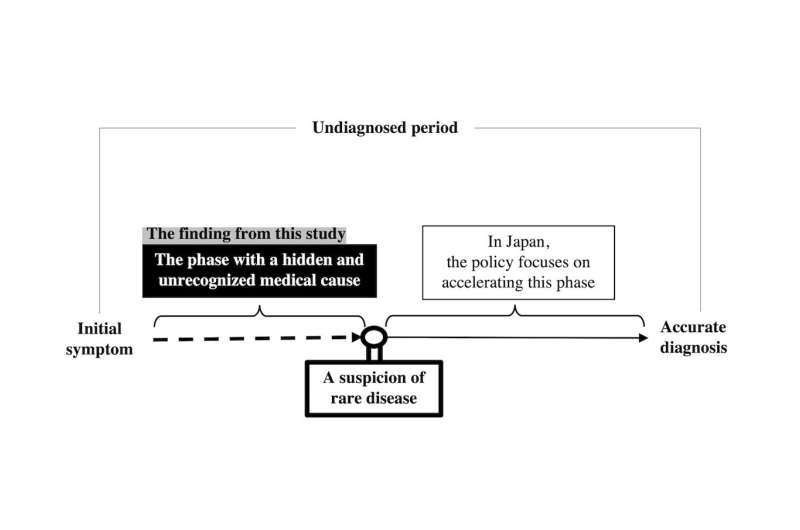 Regular episodes of severe pains in the abdomen and mysterious swellings had become the new normal for Yuki—for 20 years. Finally, she was diagnosed with a rare disease, hereditary angioedema (HAE), and given a specialized treatment that brought much-needed relief. But what happened during those years of delay, zantac and fluconazole and why did it take so long? In a study published in PLOS ONE, researchers from Osaka University revealed the experiences of patients with a rare disease who remained undiagnosed for many years. The findings highlight the importance of raising patients’ and clinicians’ awareness of rare diseases.

“There are around ten thousand rare diseases,” says lead author of the study, Moeko Isono. “Altogether, they affect over 400 million people. There are many people who struggle to find the right diagnosis, and in certain cases the failure to do so can be fatal.”

Previous studies that looked at diagnostic delays for rare diseases usually focused on the time taken to reach a diagnosis, and other measures that can be quantified.

“For our study, we used a qualitative approach,” says Isono. “This meant that we could explore why the delays were so long and how the correct diagnosis was finally achieved. We hoped to identify areas that could be improved.”

The research team focused on patients with hereditary angioedema, a disease that typically involves long diagnostic delays. The condition causes swelling in different parts of the body, such as the skin and digestive system. It can be life-threatening if the swelling affects the airways. An accurate diagnosis is important, as the mortality rate is around three times higher if left undiagnosed.

Interviews were conducted with nine patients with the disease who had remained undiagnosed for more than five years. Patients were invited to share their experiences from initial symptoms to diagnosis with HAE. The responses revealed that many patients had become resigned to living with the symptoms and had stopped trying to find a cause.

“What was striking was that, in most cases, the possibility of a rare disease was simply not considered,” says senior author Kazuto Kato. “Symptoms were sometimes put down to ‘psychological stress’ or ‘stomach flu’ and left at that. This is concerning, because the condition needs to be treated so as to avoid worst-case scenarios and improve patients’ quality of life.”

Kato believes that raising the awareness of rare diseases is key to improving the diagnostic delays. “It’s important that the possibility of a rare disease is considered, both by clinicians and by patients. Our findings strongly suggest the need for measures to make it easier for patients and health care providers to recognize the possibility of rare diseases. For example, all clinicians should be trained to be able to realize the possibility of rare disease. Additionally, raising awareness among the public by mass media or other stakeholders is important. Health care providers sometimes cannot be fully aware of their patient’s overall condition, so patients should be encouraged to raise their suspicion and act themselves. This could reduce the diagnostic delays.”