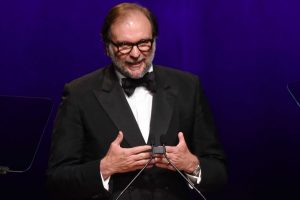 IFF has tapped a company veteran to head up its scent division.

Christophe de Villeplee, who has been with IFF since 1999, has been named president of the fragrance supplier’s scent division. Most recently, he served as president of global consumer fragrances.

Nicolas Mirzayantz has transitioned to the brand’s division focusing on taste, food and beverage, which was rebranded in February to “Nourish.” Mirzayantz has spent more than 30 years with IFF, the last 14 of which have been as the president of the scent division. The transition will take effect Sept. 1.

“Nicolas is joining the Nourish division with a tremendous opportunity to build on a significant sales momentum and strong consumer interest in IFF’s differentiated portfolio and capabilities,” Andreas Fibig, IFF chief executive officer and chairman, said in a statement.

“Nicolas has transformed our scent division into the global fragrance leader it is today, and I am confident that he will bring to Nourish the same passion, culture of breakthrough innovation, financial prowess and commitment needed to drive continued momentum with Nourish,” Fibig continued.

As of the second quarter, both pieces of the business were tracking double-digit growth. According to a statement from IFF, the scent division’s sales were $550 million, up 12 percent from last year. Nourish, on the other hand, rose 11 percent to $1.7 billion.

The Cape Makes A Return On The Runway

That seems to be the case sector-wide. As reported, Firmenich said sales grew 10.2 percent in its most recent fiscal year, ending June 30.

Mirzayantz has received numerous accolades from the fragrance industry throughout his career. In 2017, he joined the Fragrance Foundation’s Circle of Champions, and is credited for both his work as dean of IFF University and his help in ideating the company’s sustainability strategy.

Other positions Mirzayantz has held at IFF include as senior vice president for the company’s fine fragrances and beauty care unit, as well as its regional manager for North America.

FOR MORE FROM WWD.COM, SEE:

Firmenich Sales Pick Up Pace in Second Half

Givaudan Invests in Chinese Fragrance and Beauty Incubator Next Beauty