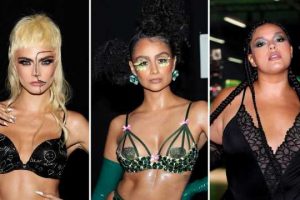 Truthfully, who is doing it like Rihanna? The answer: no one. The award-winning singer, business owner, and style icon constantly delivers (even if it's not music at the moment) with her work. Her latest project? The Savage x Fenty Show Vol 2.

Last year, the show made headlines for its amazing choreography, celebrity performances and cameos, and most importantly, proving that lingerie isn't just for cis, able-bodied, or slim people. Queen Riri really gave fans a glimpse of what inclusion in the lingerie market could and should look like.

This year, she's coming even harder than before. The beauty boss called on Parris Goebel once again to bring her brilliant and flawless choreography to the show. Rosalia, Bad Bunny, Grammy-nominated Roddy Ricch, and other amazing artists lent their musical talents to the affair. But the celebrity appearances don't stop there — Normani took another turn on the runway this year alongside some new faces like Lizzo, Willow Smith, and even Paris Hilton.

All that doesn't even include all of the dope beauty moments created by an amazing team of makeup artists, nail artists, and hairstylists like Priscilla Ono, Scott Osbourne Jr., Hector Espinal, Yusef, and so many more. This show takes us back in time with beauty trends from decades like the '50s, '60s, and '80s. Scroll and get a taste of all the best beauty moments from this year's Savage x Fenty show. If you're Amazon Prime member, you can watch the full show here. 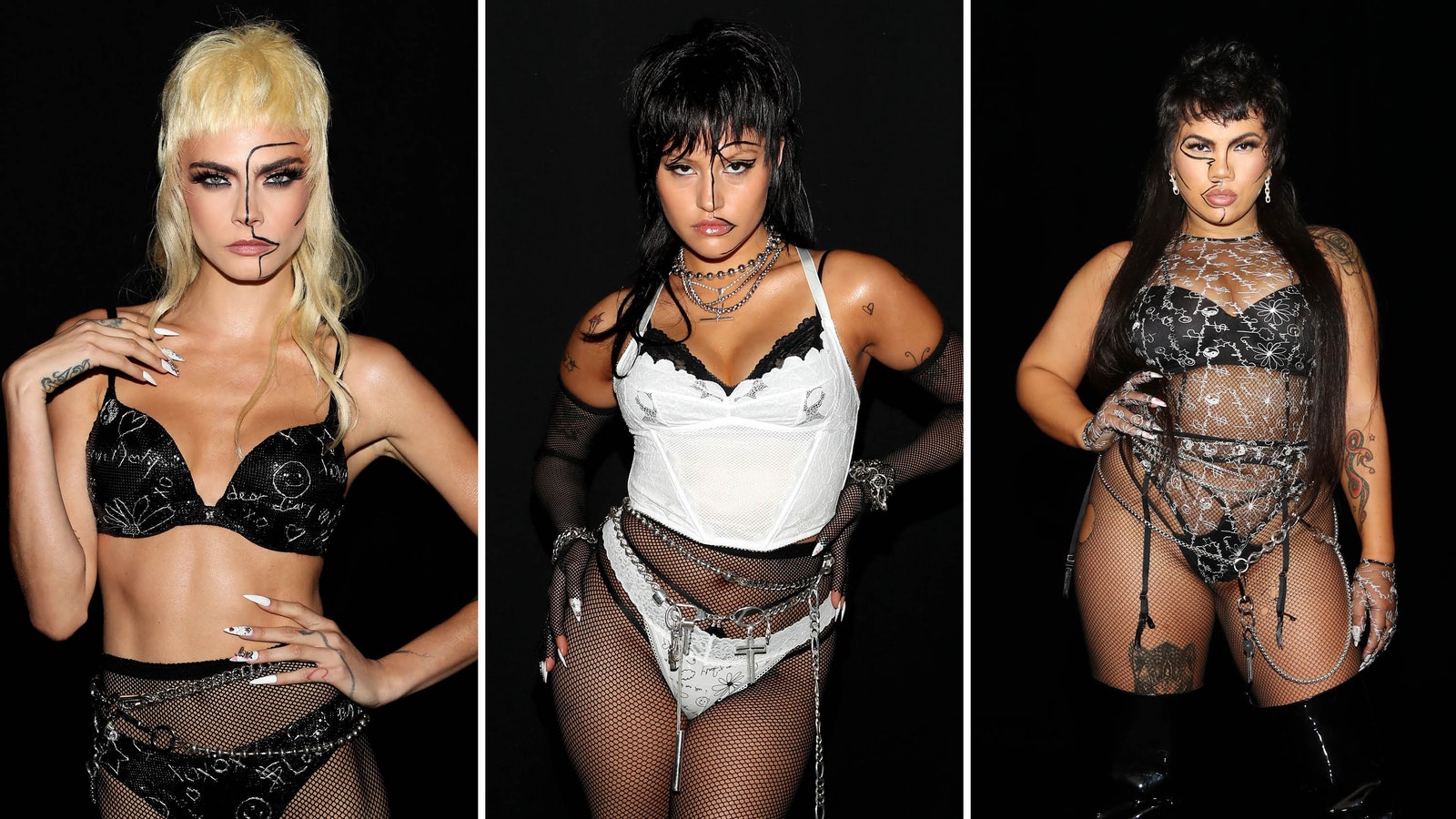 Rihanna opens the show with a powerful strut and a hairstyle that refuses to stay in the past: the mullet. She gave us a tease of this look just a week prior to the broadcast, but the style appears on more than a few performers in the show. Goebel dances seductively and powerfully in her mullet with the longest pieces reaching past her waist, while model Cara Delevingne stomps down the catwalk with a platinum blonde mullet that she pulls off perfectly. 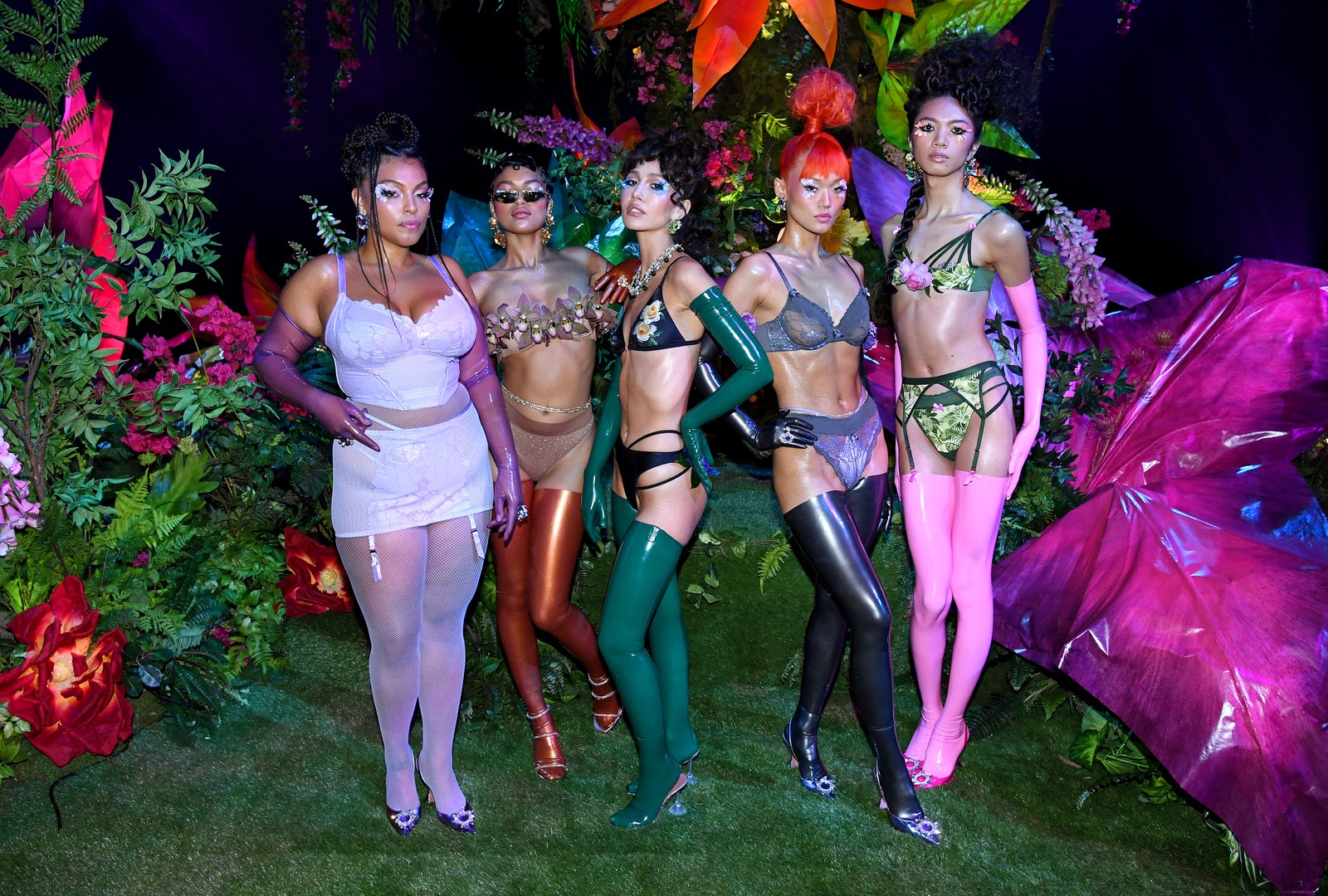 One of our favorite beauty looks in the show are definitely these gorgeous floral eyelashes created by Ono and her team. The lashes make their appearance after Bad Bunny's performance of his reggaeton hit "Yo Perreo Sola." The show then transitions to a slower contemporary dance piece in an expertly-crafted floral garden. 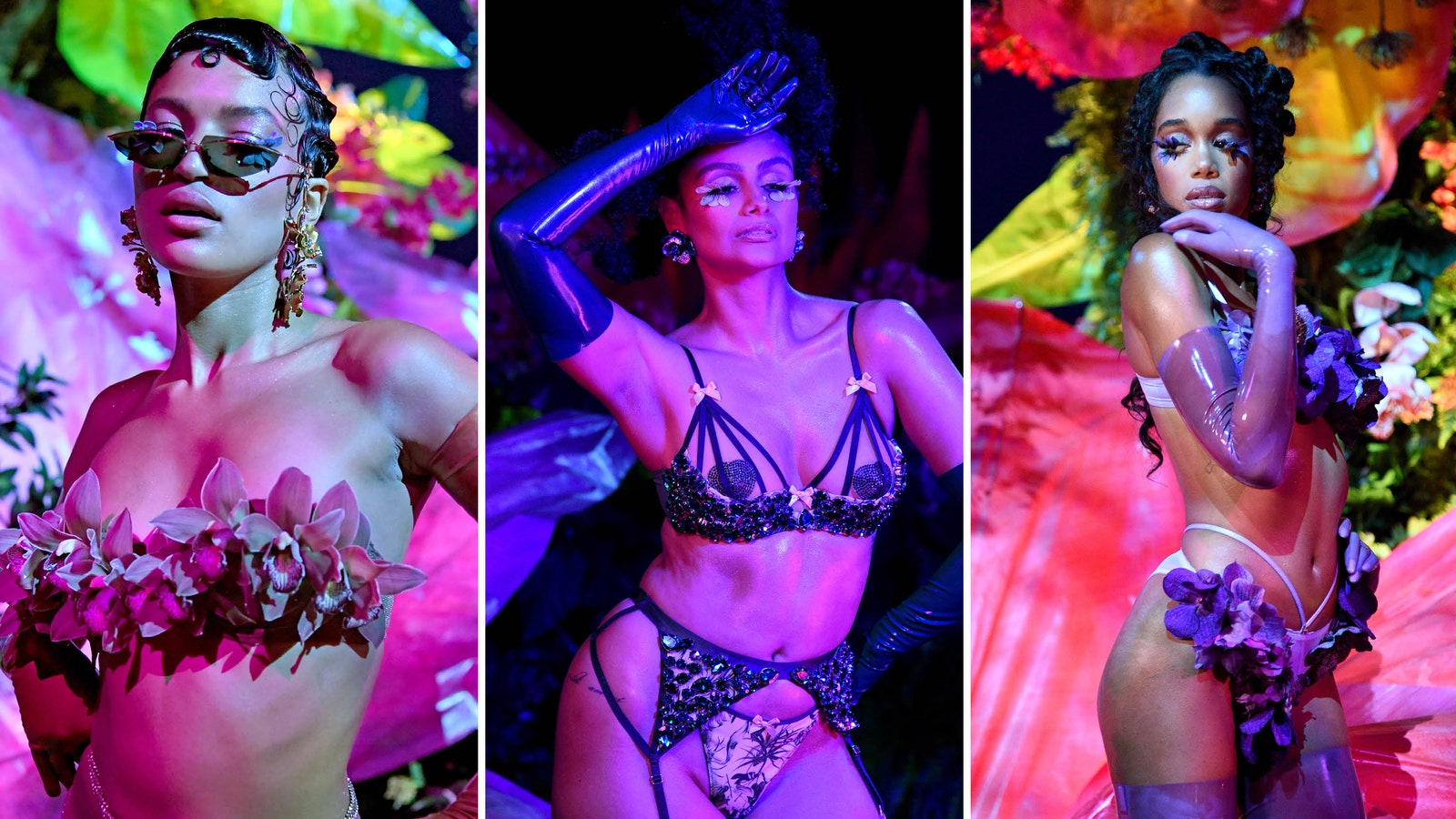 The camera pans through the garden where we see stars like Laura Harrier, Nazanin Mandi, and Paloma Elsesser, all wearing those floral lashes. The flower petals used for this look were primarily placed on the other corners of the eyes, creating an almost cat-eye effect.

Bring On the Slime 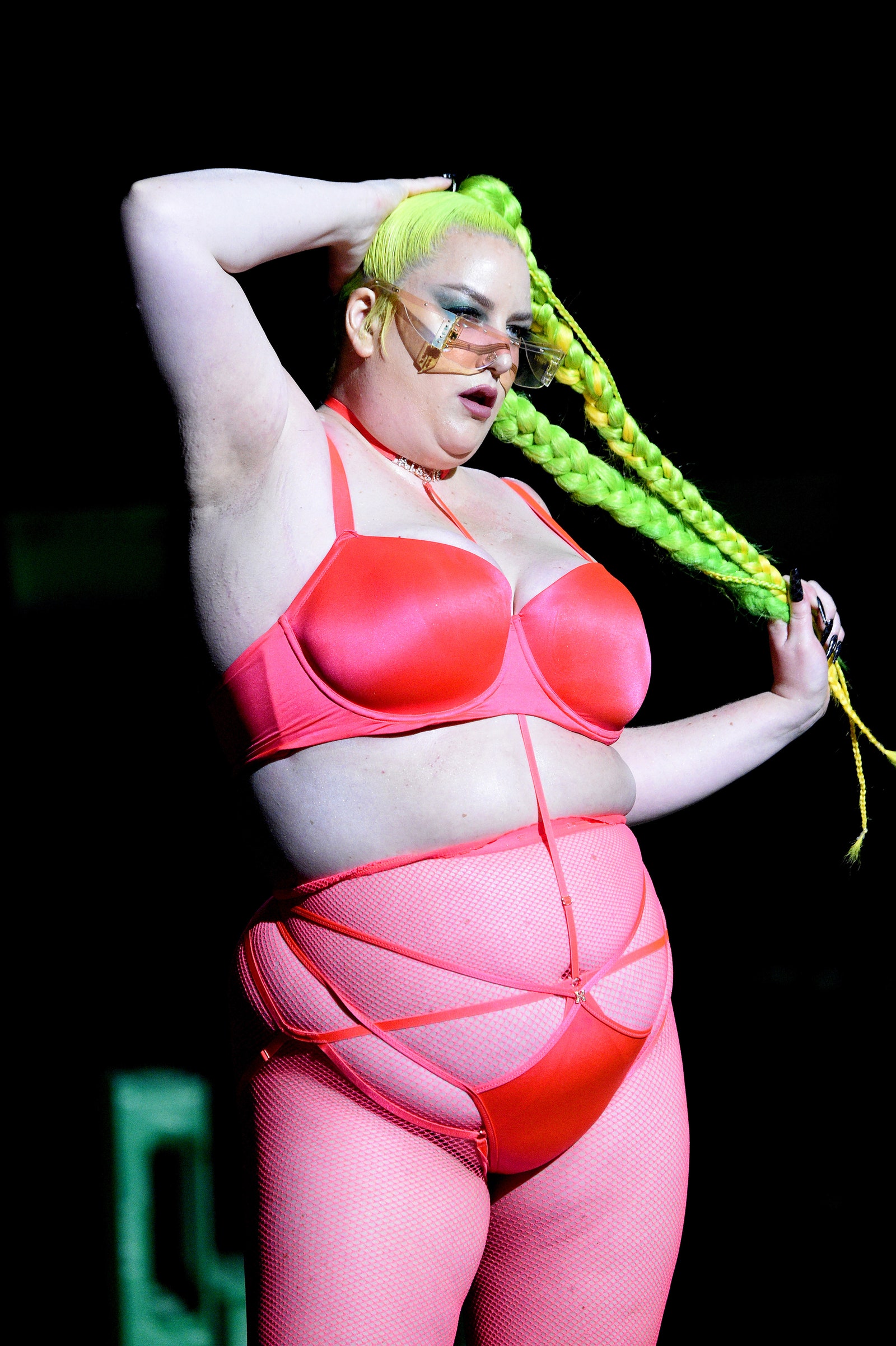 Green had a huge moment in this show. In just the first five minutes, a dancer enters the stage with lime green hair that glows brightly against the dimly-lit set. The neon shade shows up again on activist Margie Plus, woven into two braids that reach towards her waist and match the overall set. 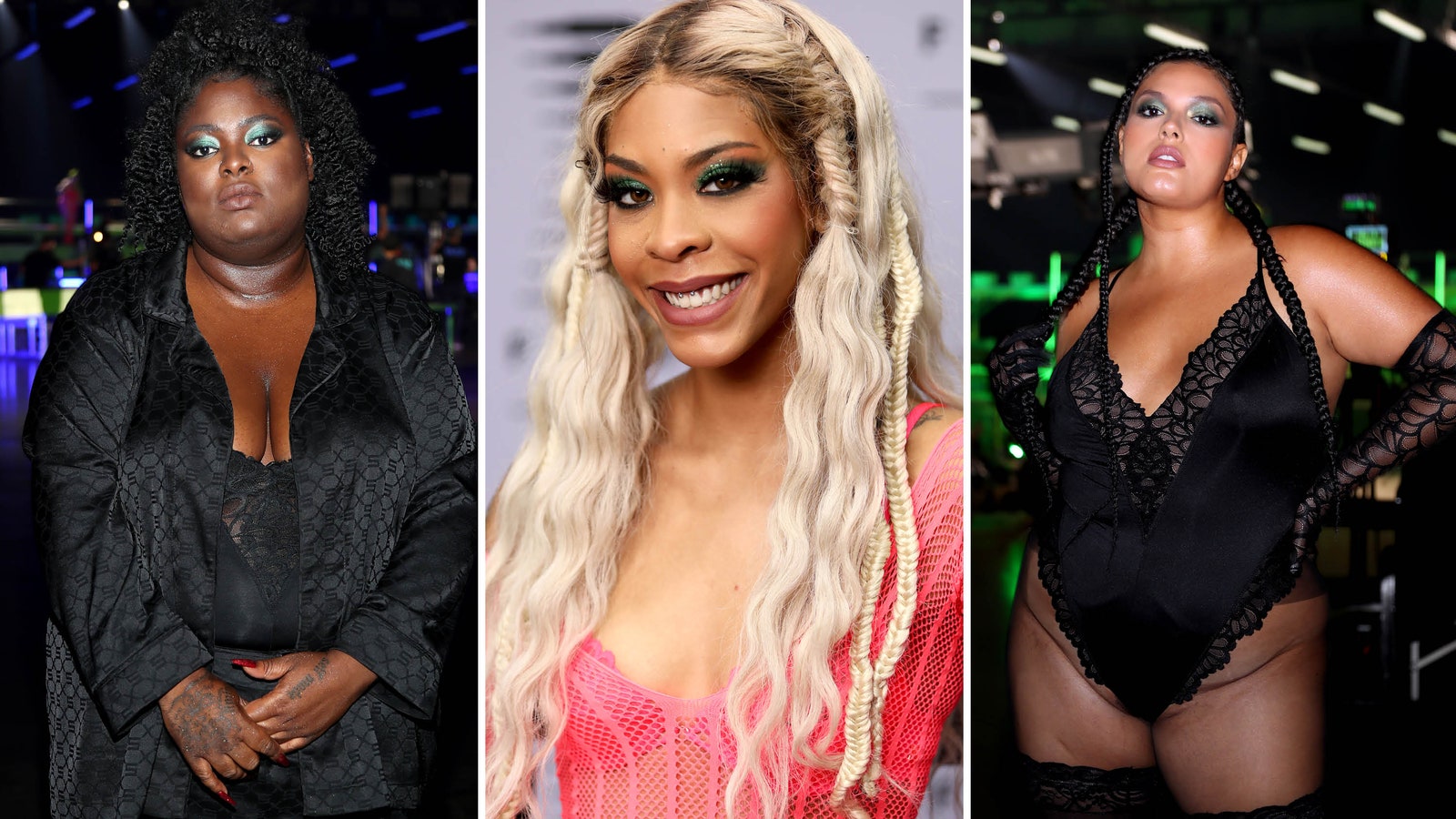 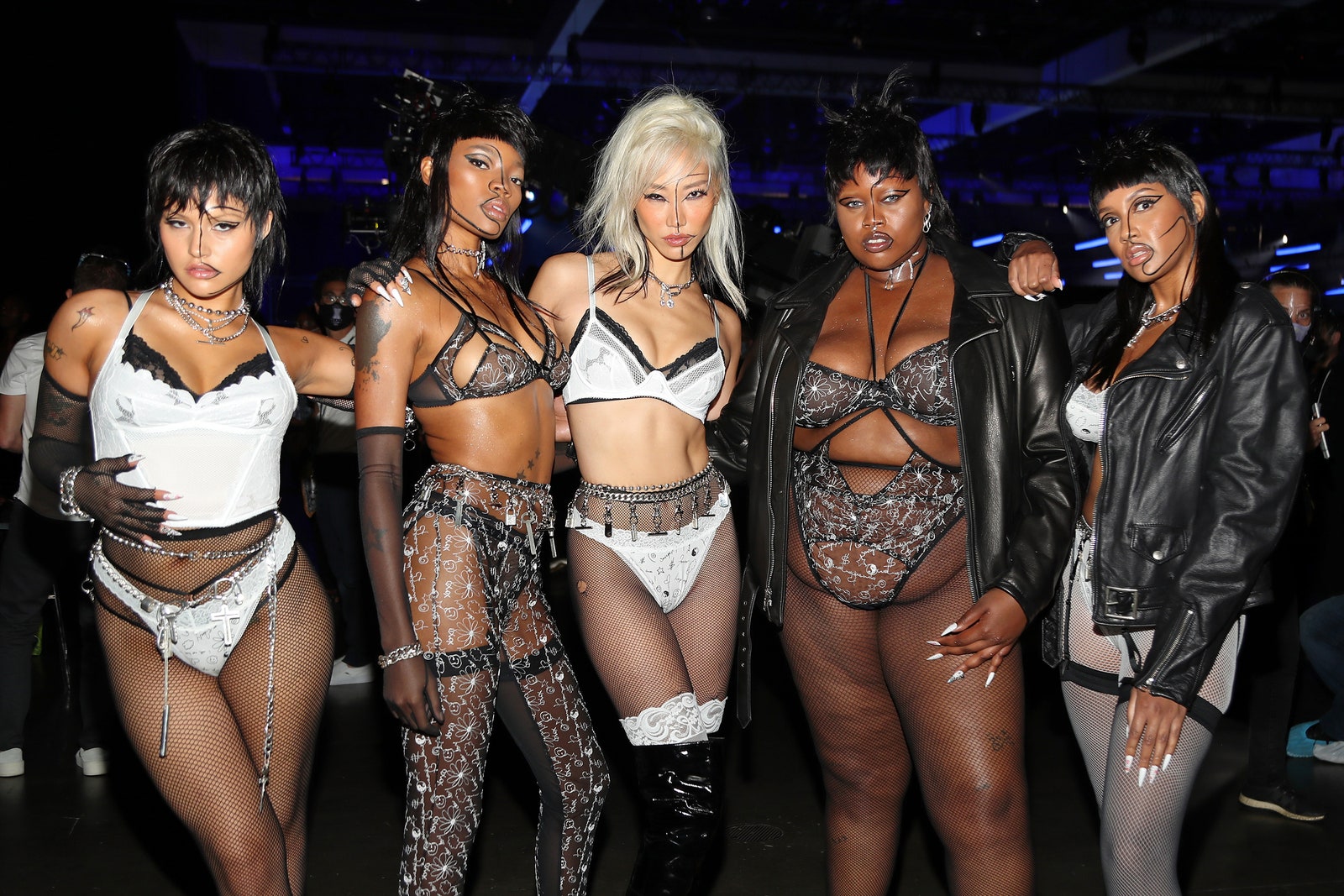 Some of the models, like Cara Delevingne and Soo Joo Park, wore vintage pop art-inspired makeup. The graphic, strategically-placed black lines made it look as if their faces were hand-drawn, perhaps by Roy Lichtenstein. 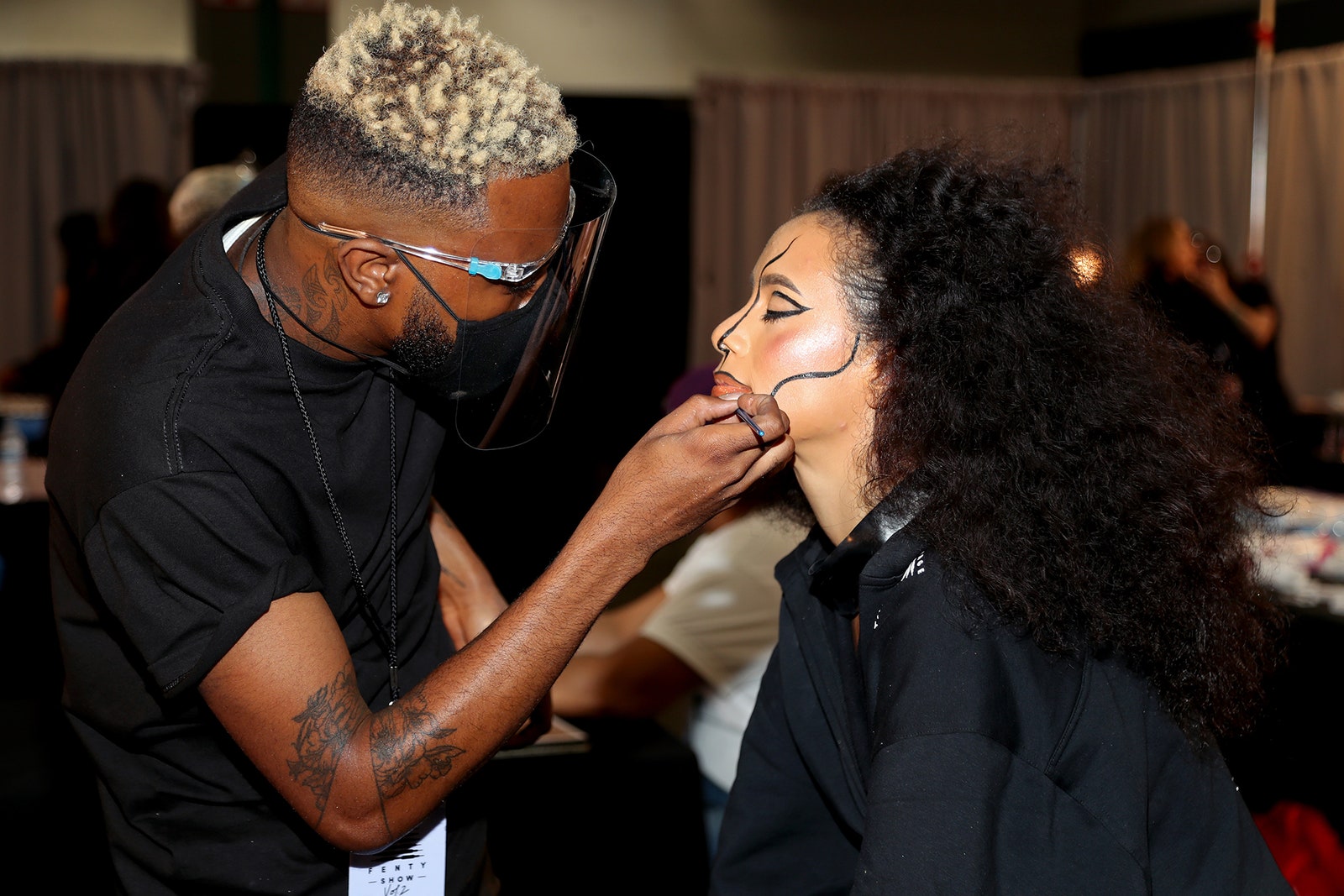 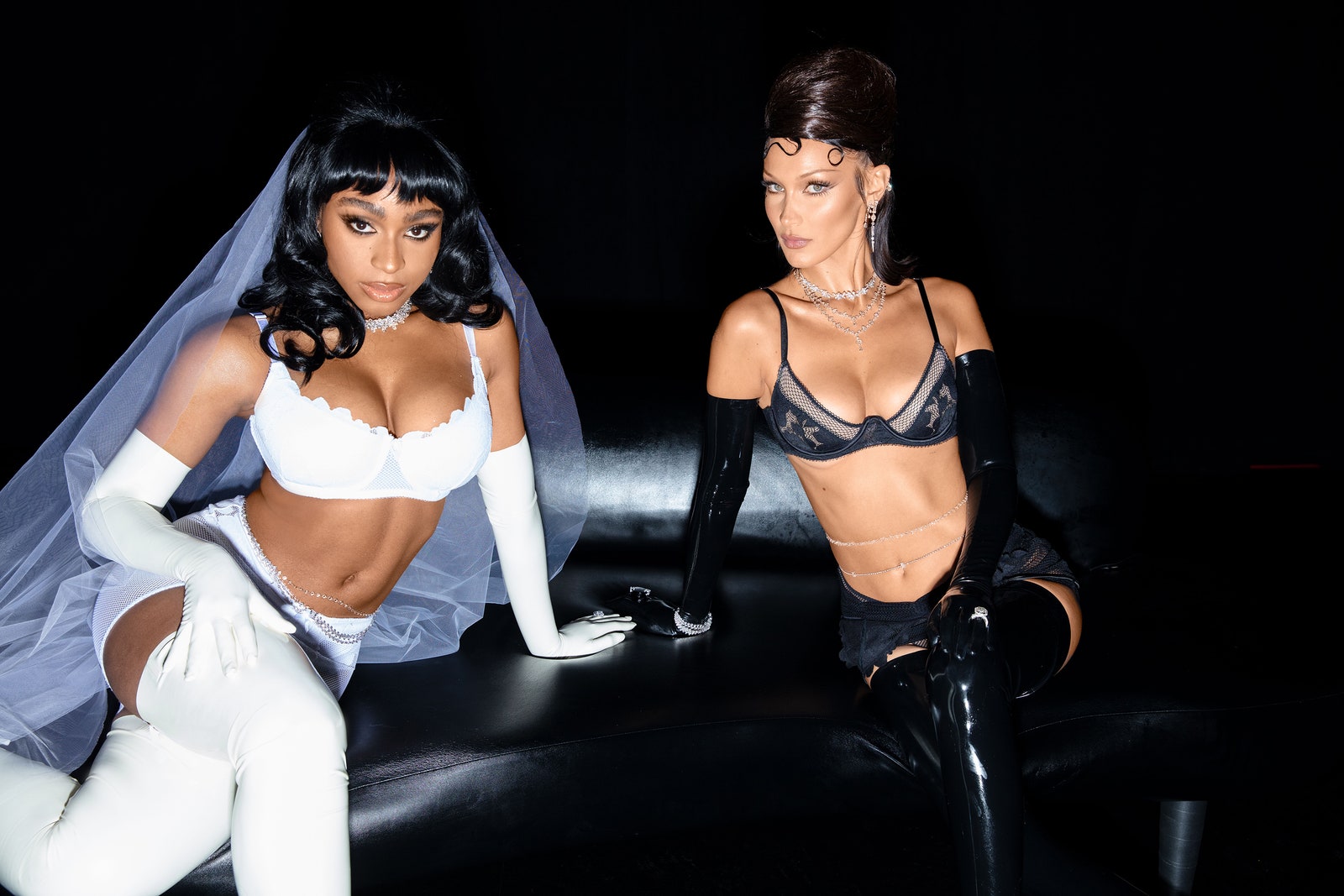 Voluminous beehive-esque hairstyles and wispy, Twiggy-style lashes gave us strong '60s vibes. Stars like Normani, Indya Moore, and Bella Hadid all wear a version of the iconic beehive style. Normani gives us her best catwalk in an all-white Savage x Fenty ensemble and a beehive in a half-up, half-down style with short fringe bangs. 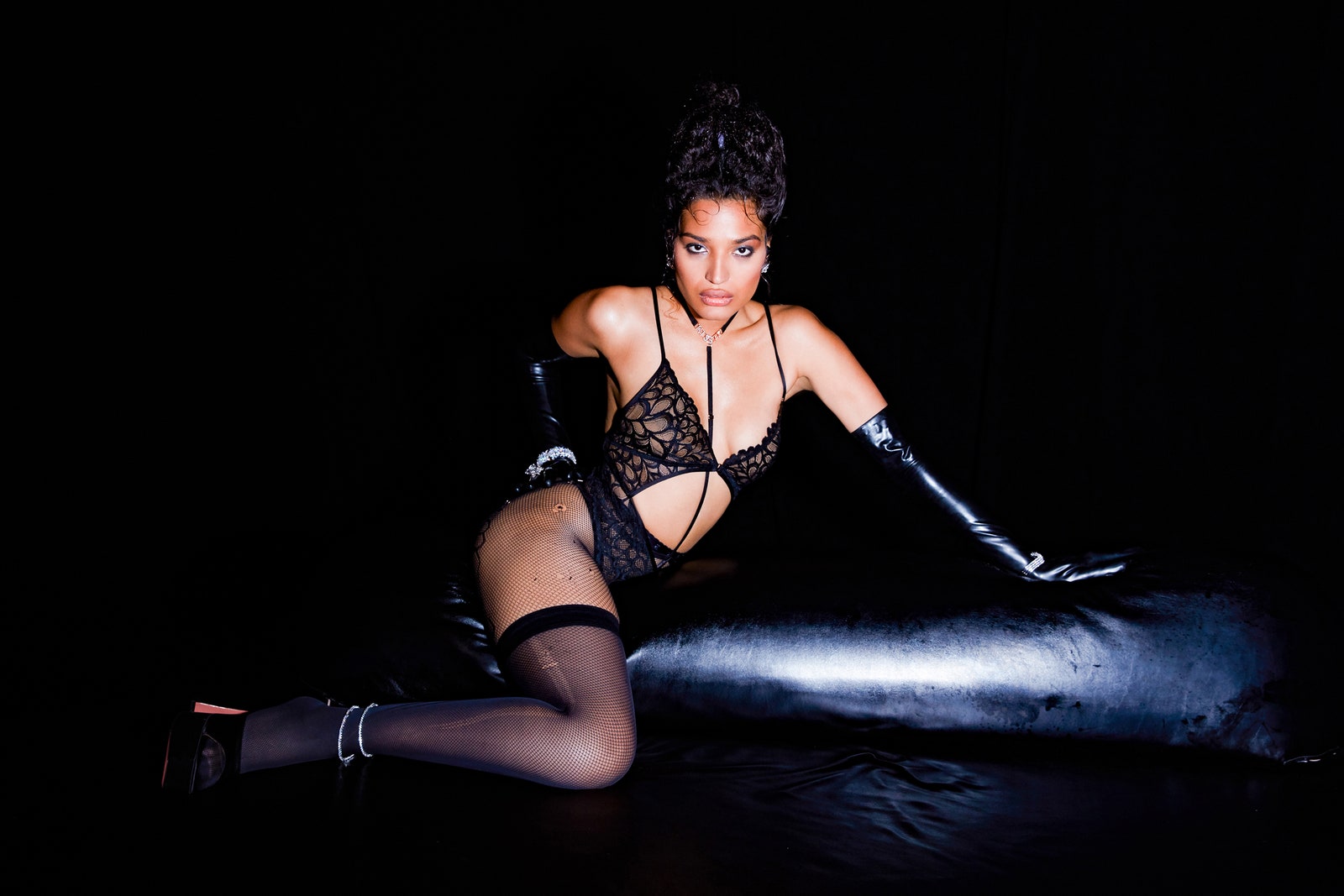 Hadid's beehive damn near reaches the sky — swooped baby hairs give the look a more modern edge. Moore's style has a messier, lived-in look, giving off a sensual, sex-hair feel.

I don't know how she does it, but Riri continues to raise the bar for herself and others. We can't wait to see what else is cooking for the brand and the icon in the coming months and 2021.