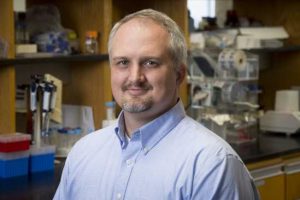 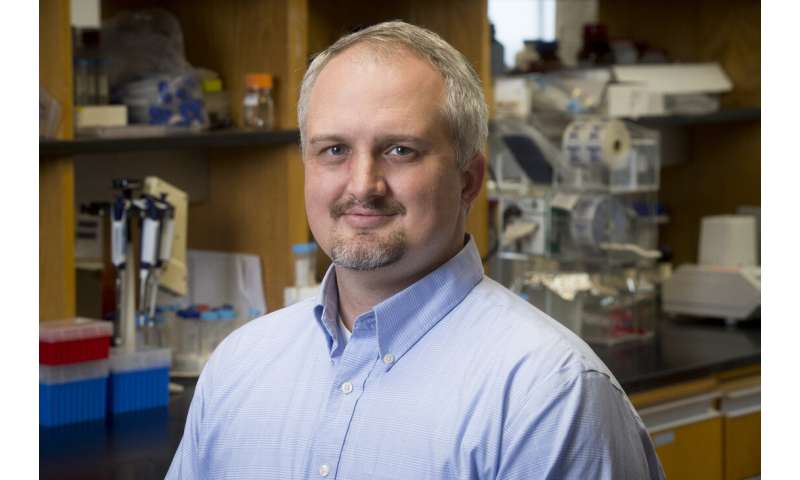 Human cells respond to stresses like DNA damage, metabolic imbalance and starvation by first trying to repair the problem. If that does not work, the cells then induce programmed cell death, called apoptosis. Apoptosis is a highly regulated cell fate decision that removes about 50 billion to 70 billion cells each day in adults.

The regulators of apoptosis watch over cell functions, especially cell replication and the decision to enter the cell cycle. This portion of the life of a cell requires accurate DNA replication and error-free chromosome separation. At multiple checkpoints during this process, pathways exist to induce apoptosis as needed.

Now University of Alabama at Birmingham researchers William Placzek, Ph.D., and Robert Whitaker have found a direct link between the protein MCL1—a member of the large BCL2 protein family known as the gatekeepers of apoptosis—and a cell-cycle checkpoint protein called P18. Through this link, they show the first demonstration that MCL1, which functions in the decision between either cell survival or programmed death, can also directly initiate cell proliferation, via the CDK4/6-RB pathway.

Their study is published in the journal Cell Death & Disease, the official journal of the Cell Death Differentiation Association. Placzek is an assistant professor in the UAB Department of Biochemistry and Molecular Genetics and an associate scientist in the O’Neal Comprehensive Cancer Center at UAB. Whitaker is a graduate student in the Placzek lab.

The BCL2 family includes pro-apoptotic proteins and anti-apoptotic proteins that compete via direct protein-to-protein binding to determine cell fate. These detailed interactions have significance in human health because the anti-apoptotic BCL2-family proteins turn out to be key regulators of cancer tumorigenesis and/or anti-cancer therapeutic responses. Upregulation of the proteins is a common event in various types of cancer. In particular, overexpression of the anti-apoptotic BCL2-family protein MCL1 is a mechanism used by solid tumors to evade some standard cancer chemotherapies.

Besides its role in cancer, Placzek said, “we expect this communication between the BCL2 family and the CDK4/6-RB pathway exists and will have significant impact in normal cellular proliferation, in stem cell growth and in differentiation. Of particular interest is how this interaction impacts hematopoietic and neuronal progenitor cell speciation, where MCL1 has been identified as a key mediator of differentiation.”

Nine years ago, Placzek and colleagues at the Sanford-Burnham Medical Research Institute identified a novel protein motif that could bind to the mouse version of MCL1. A protein structural motif is a secondary structure on the protein that can interact with a secondary structure on another protein, akin to a space capsule docking to the International Space Station. The novel motif found by Placzek and colleagues was a reversal of the known binding motif BH3, so they called it reverse BH3, or rBH3.

Search of the human genome DNA sequence identified several proteins that putatively had an rBH3 motif, including P18, a regulator acting at the G1/S stage of the mammalian cell cycle.

The current study shows biological significance for the rBH3 motif.

“We have demonstrated that the rBH3 motif is more than a unique peptide sequence,” Placzek said. “It is a natural protein motif that is able to mediate direct protein-to-protein interactions between MCL1 and an rBH3-containing protein.”

They showed that the two proteins bind together in vitro and endogenously inside cells of two solid tumor cell lines; they also showed that the rBH3 motif on P18 was necessary and sufficient to mediate that binding. In the two solid tumor cell lines, they showed that overexpression of MCL1 induced a loss of P18 through a transcriptionally independent cysteine-protease degradation process. That overexpression of MCL1 also affected the cell cycle, as shown by a decrease in the G1 cell population and corresponding increases in the S and G2/M populations, and those changes are RB1-dependent. Finally, they showed that those changes occur because of increased cell proliferation, rather than the alternate possibility, a G2/M block.