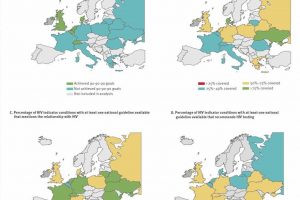 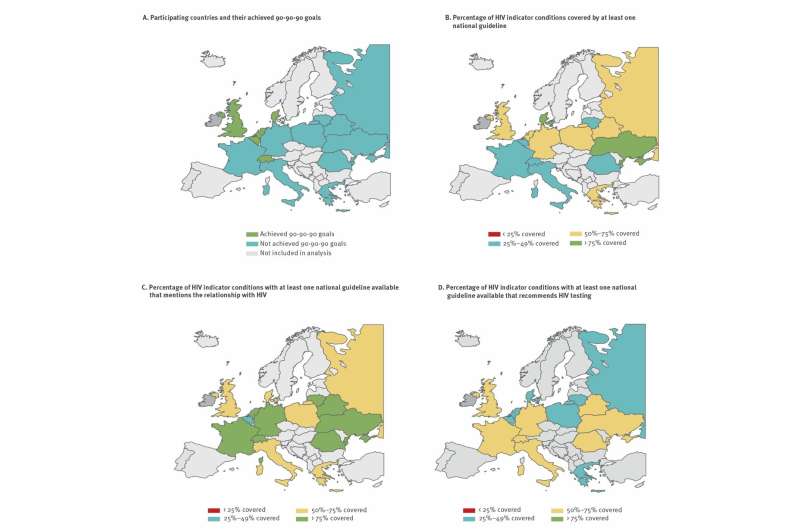 According to data published by the European Centre for Disease Prevention and Control (ECDC) and the World Health Organization (WHO) Regional Office for Europe prior to World AIDS Day on December 1, 106,508 people were newly diagnosed with HIV in the WHO European Region in 2021. There is one persistent pattern in the Region: every second HIV diagnosis (54%) happens at a late stage of infection.

Early HIV diagnosis opens pathways to care and start of HIV treatment which in turn increases the chances of a long and healthy life for people living with HIV and it also helps preventing further transmission.

HIV testing as a step to timely diagnosis

A key strategy for timely diagnosis is testing for HIV. In particular testing of people who present with medical conditions that indicate an underlying HIV infection. In their article published on World AIDS Day 2022, Jordans et al. looked at the uptake of HIV testing recommendations in national clinical practice guidelines in Europe.

The authors invited 30 European countries to participate in the systematic guideline review and in the 15 countries that did, Jordans et al. identified a total of 791 HIV indicator condition guidelines. The classification by the authors ranged from guidelines that do not reference HIV at all, to those that report association with HIV, but do not recommend HIV testing to guidelines that report association with HIV and also recommend HIV testing.

Based on the results of their review, Jordans et al. found that fewer than half of the HIV indicator condition specific guidelines in those 15 European countries include HIV testing recommendations. Guidelines for medical conditions known to be AIDS-defining performed even worse.

Overall, the participating countries had at least one guideline available for 57% of the HIV indicator conditions, including 56% and 58% for western (n = 9) and eastern (n = 6) European countries, respectively. In addition, 545 of the 791 (69%) identified guidelines reported the association with HIV and 366 of the 791 (46%) guidelines recommended HIV testing. The authors noted that association with HIV was more common in guidelines from the eastern European countries and specifically those countries that have yet to achieve the so-called 90-90-90 targets.

Jordans et al. note that for pregnancy and sexually transmitted infections, the latter being an important HIV indicator condition, guidelines are available in all European countries with at least one guideline recommending HIV testing in every country. This “indicates that a high assimilation of HIV testing recommendations in guidelines across the European continent is possible”.

The authors highlight that “clinical guidelines define medical practice in national healthcare systems. The omissions we found mean that people with HIV indicator conditions, remain untested. This is a missed opportunity to help healthcare professionals to provide optimal care for a broad range of patients, hinders efforts to stop the spread of HIV through a timely HIV diagnosis, and signals the need to improve national guidelines.”