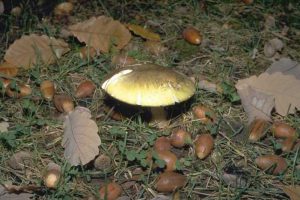 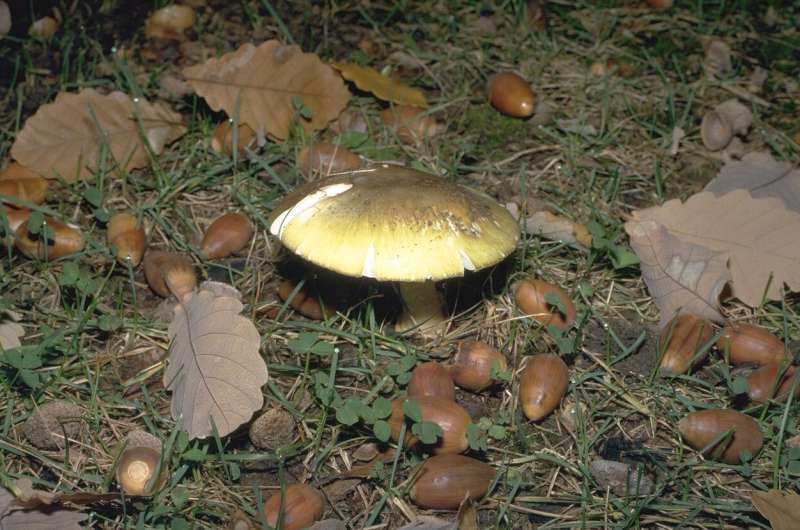 Wild mushrooms are springing up around Australia after a wet Summer, so today the Food Safety Information Council warned people to be extremely careful around wild mushrooms because of the deadly deathcap mushroom poisoning risk.

Cathy Moir, Council Chair, said that foraging for wild food is becoming a popular activity, especially during Autumn, but gathering wild mushrooms can be life-threatening.

“The poison in one deathcap mushroom, if eaten, is enough to kill a healthy adult. In 2012, two people died after eating the deadly mushrooms at a New Year’s Eve dinner party in Canberra and in 2014, four people also in the ACT were seriously poisoned.

“Deathcap mushrooms can appear any time of year but can be more common during Autumn a week or two after good rains. They have been found in the Canberra region, in and around Melbourne, in Tasmania and in Adelaide. They are not native to Australia and are often found near oak trees growing in warm wet weather. The similar native marbled deathcap mushrooms have been found in WA, although they may not be as toxic. While no cases have been reported in other States it is possible that they also grow there.

“Deathcap mushrooms are difficult to distinguish from some other wild mushrooms so we recommend you play it safe and only eat mushrooms that you have purchased from a supermarket, greengrocer or other reputable source. People born overseas, especially in Asian countries, should be aware that these deadly mushrooms can look like edible mushrooms they may have gathered in their home countries.

“The toxin in deathcap mushrooms is not destroyed by peeling, cooking or drying. Symptoms of poisoning include vomiting, diarrhea and stomach cramps and usually appear 10 to 16 hours after eating. These symptoms may ease for two to three days before a terminal phase of three to four days begins. Without early, effective medical intervention people may go into a coma and die after two or three weeks of liver and kidney failure.

“While rare, most of the deaths from mushroom poisoning in Australia result from deathcap mushrooms. However there are other wild mushrooms in Australia that have caused fatalities or can make you seriously ill with abdominal pain, vomiting and diarrhea. These include the Cortinarius (webcap) and Galerina species, the ghost mushroom (commonly mistaken for oyster mushrooms), and the yellow stainer which resembles a field mushroom and is the most commonly ingested poisonous mushroom in Victoria and New South Wales.

“The NSW Poisons Information Centre, which receives enquiries from NSW, the ACT and Tasmania as well as after hours enquiries for all of Australia, received 549 calls during 2020 regarding exposures to wild mushrooms with another 133 recalls about these cases. 23% of calls were intentional recreational or foraging exposures in adults.

“More than a third of these calls were accidental exposure in children under five years, so remember that small children have a natural inclination to put things in their mouths so keep an eye on them when outdoors. Parents, schools and childcare workers should regularly check outdoor areas and gardens for mushrooms and remove them to reduce the risk of accidental poisoning. This will also protect your pets.