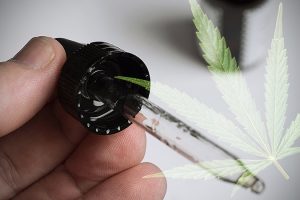 Cannabidiol (CBD), purchased online, has been linked to early puberty in a very young child with severe intractable epilepsy.

The case report describes the unusual instance of a 2-year-old boy with severe, uncontrolled epilepsy who was treated with CBD oil purchased online by his mother. The child developed signs of precocious puberty 7 months after the treatment initiation.

The report was published online April 15 in BMJ Case Reports.

Central precocious puberty is “the onset of puberty below the age of 9 years in boys, attributed to premature activation of the hypothalamo-pituitary-gonadal (HPG) axis,” the authors explain.

Cannabis and cannabis-related products are increasingly used for treatment of pediatric-onset epilepsy, but “studies determining the impact of these products on the HPG axis have shown conflicting results,” they add.

However, recent studies in human beings show pubertal arrest and delayed puberty in male cannabis users. On the other hand, other studies have pointed to elevated serum testosterone levels in long-term cannabis users.

When a 2-year-old boy presented with features of precocious puberty after treatment with cannabis for seizure disorder, the authors decided to report the case.

“As this [CBD] is a fairly novel therapeutic, prescribers should develop an awareness for the potential impact of cannabis use on the HPG axis,” they write.

The patient was a 2-year-old boy with a global developmental delay that included central hypotonia, visual impairment, poor socialization, and poor motor control.

He also had frequent and worsening seizures (>20 seizures daily since birth) and all attempted interventions — including phenytoin, pyridoxal phosphate, carbamazepine, topiramate, lamotrigine, clobazam, and a ketogenic diet — were unsuccessful.

In an attempt to help her child, the patient’s mother purchased the CBD oil (which was advertised to have <0.4% Δ9-THC concentration) via the internet 7 months before the boy was diagnosed with precocious puberty. The CBD was helpful, the mother reported, reducing her son’s daily seizures to roughly five per day.

The patient presented with features of precocious puberty, including penile enlargement, growth of pubic hair, change in body odor, and acne, which developed over a 6-month period.

In addition, he had abnormally elevated serum testosterone levels (19 nmol/L; normal is <0.9 nmol/L); an abnormal urinary steroid profile (a high ratio of androgen:cortisol metabolites); and a positive GnRH stimulation test. A urine toxicology assay found the presence of Δ9-THC and CBD.

Cross-sectional MRI of the brain “excluded a paraneoplastic cause for the central precocious puberty, increasing credibility of the temporal link with cannabis oil use.”

Although there have been reported cases of precocious puberty in children with certain genetic abnormalities, there is no known association with this patient’s specific genetic mutation (SCN2A), the authors note.

The patient was treated with triptorelin, a gonadorelin analogue, which “downregulates GnRH receptors to reduce the effects of luteinizing hormone/follicle-stimulating hormone, ultimately reducing androgen production,” they report.

Importantly, the development of precocious puberty was “temporally associated with the use of cannabis oil purchased online,” they add.

“More research on the effects of cannabis use on human hormonal markers and clinical outcomes is necessary, and is expected as cannabis continues to be legalized in more countries,” the investigators conclude.

Commenting on the case for Medscape Medical News, Kevin Chapman, MD, a neurologist at Phoenix Children’s Hospital, Phoenix, Arizona, said that a “single case does not have enough data to form firm conclusions but, on the other hand, case reports are what bring issues like these to physicians’ attention.”

Chapman, who is on the board of directors of the American Epilepsy Society and was not involved in the case, expressed concern that the child had received a CBD product purchased on the internet, rather than the Epidiolex, a cannabidiol that was approved in 2018 by the US Food and Drug Administration for Dravet and Lennox-Gastaut syndromes.

“An FDA-approved product is better regulated than many OTC [over-the-counter] products or products available on the internet so, as a family, you can be more confident about what your child is getting,” Chapman said.

“I always wonder about what impurities might be in these unregulated products, and how the product is grown or extracted. We have to be very cautious about what we purchase on the internet to treat any medical condition, such as epilepsy,” he added

Additionally, “the number of variables in this particular case make it hard to draw a direct correlation.”

For this reason, Chapman is “hesitant to put fear into families about starting a CBD product, especially the one that is FDA-approved, and concerned that it would cause their child to develop precocious puberty on the basis of a single case report out of, at this point, thousands of children treated with Epidiolex.”

Nevertheless, “we need to keep an eye out for the potential for precocious puberty because if other people see it in their patients, it would raise more red flags,” he said.

No source of funding was listed. The case report authors and Chapman have disclosed no relevant financial relationships.