Home » Health News » Could disease pathogens be the dark matter behind Alzheimer’s disease?

Could disease pathogens be the dark matter behind Alzheimer’s disease? 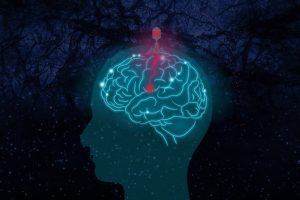 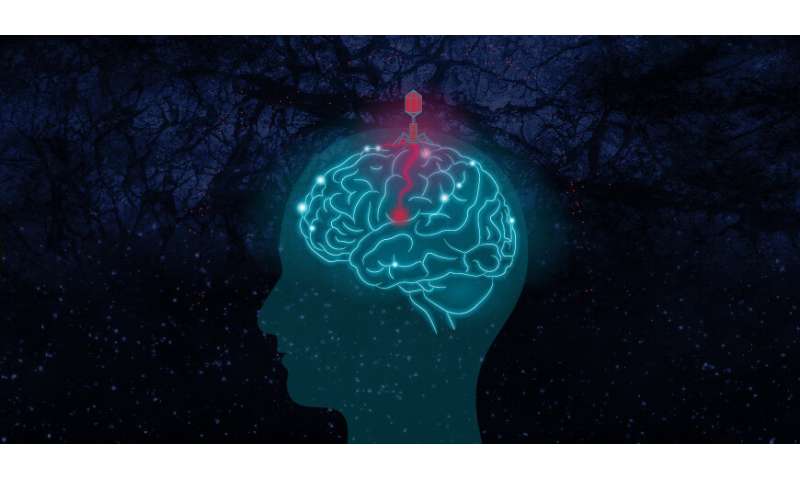 For researchers investigating Alzheimer’s Disease (AD), a devastating neurodegenerative illness afflicting close to 6 million Americans, it is the best and worst of times.

Scientists have made exponential advances in understanding many aspects of the mysterious disease since it was first diagnosed over 100 years ago. Nevertheless, every effort to find a cure for AD or even slow its relentless advance has met with dispiriting failure.

The next chapter in the fight against the disease will require dynamic insights and adventurous new approaches.

In a lively discussion appearing in the Viewpoint section of the journal Nature Reviews Neurology, Ben Readhead, a researcher in the ASU-Banner Neurodegenerative Disease Research Center at the Biodesign Institute joins several distinguished colleagues to discuss the idea that bacteria, viruses or other infectious pathogens may play a role in Alzheimer’s disease.

The concept, sometimes referred to as the infectious theory of Alzheimer’s disease, was first proposed some 30 years ago. Since then, the idea has encountered considerable resistance in the research community. Until recently, it had been largely displaced in favor of approaches based on the amyloid hypothesis, the leading theory of Alzheimer’s, which identifies plaques of amyloid beta and tangles of tau protein as underlying drivers of the disease.

The research landscape for AD, however, may be changing. The repeated failures of amyloid-targeting drugs along with recent discoveries supporting a microbial link to AD have generated fresh interest in this unorthodox approach.

The Viewpoint article continues a discussion that took place last year at the Alzheimer’s Association International Conference in Los Angeles, including a panel titled “Emerging Concepts in Basic Science Series: Is There a Causative Role for Infectious Organisms in Alzheimer’s Disease?”

“The acceleration of technology and methods for profiling biological systems has really opened up new approaches for understanding whether microbes might play a role in AD,” says Readhead. The AAIC debate, and this Viewpoint article were an opportunity for scientists with diverse opinions to discuss key evidence, discordant findings, and opportunities for new investigations that might help advance the field to a more sophisticated understand of the role of microbes in AD.”

Since the first diagnosis of Alzheimer’s disease in 1906, research into the deadly affliction has focused on two hallmarks appearing consistently in brains damaged by Alzheimer’s: sticky accumulations of plaque occupying the extracellular spaces, caused by the protein amyloid- beta, and twisted forms of the protein tau, known as neurofibrillary tangles, which crowd the interiors of affected neurons.

Although plaques and tangles are regarded as diagnostic signposts of Alzheimer’s disease, many believe they are late arrivals in the pitiless course of the ailment, rather than primary instigators of the illness. Recently, a pair or promising experimental drugs, gantenerumab, made by Roche, and solanezumab, made by Eli Lilly, were tested on a unique group of participants. Still young and healthy at the time of the drug trials, each carried a rare mutation that guaranteed they would develop dementia over time, making them ideal candidates to test if amyloid-fighting drugs, given well in advance of AD symptoms, could prove beneficial.

The results, reported a month ago, confirmed the drugs failed to prevent or slow mental decline associated with dementia. It was the latest stunning blow to the amyloid hypothesis—the reigning theory describing the mechanisms of Alzheimer’s onset and progression.

Another path to AD

Even before the amyloid hypothesis came under attack as a potential blind alley, alternate theories of the disease had been proposed. One of the more intriguing is described in the Viewpoint discussion. Perhaps Alzheimer’s is caused not by accumulations of inanimate protein but rather by microorganisms, the way so many infectious diseases are.

Readhead and others have tracked the presence of various infectious agents that appear to be associated with Alzheimer’s disease. The Viewpoint discussion highlights much of the circumstantial evidence suggesting that microbes may indeed be crucial players in Alzheimer’s pathology, while emphasizing a number of confounding factors and the serious challenges involved in proving a pathogen link to the disease.

In earlier research, Readhead and his colleagues at the Icahn School of Medicine at Mount Sinai used large data sets in order to explore the prevalence of two common herpesviruses sometimes found in Alzheimer’s brain tissue. The study demonstrated that three viral strains, HSV-1, HHV-6A and 7 appeared in greater abundance in brain samples derived from Alzheimer’s patients, compared with normal brains.

The viruses also seem to be implicated in the AD-related genetic networks associated with classic Alzheimer’s pathology, including cell death, accumulation of amyloid-β and production of neurofibrillary tangles.

All were participants in the 2019 AAIC debate.

The Viewpoint discussion explores some of the leading evidence both for and against the infectious theory of Alzheimer’s, highlighting both viral and bacterial correlates. It also offers suggestions for future research and drug development.

The panelists cite a number of reasons the pathogen theory has met with some hostility. Researchers may have insufficient background in microbiology or may inaccurately associate infectious agents solely with acute rather than chronic afflictions, though a number of microbial infections can indeed linger in the body asymptomatically for decades.

Perhaps the greatest resistance to the pathogen theory comes from proponents of the amyloid hypothesis, some of whom believe that it will diminish research into amyloid plaques and tau tangles. The Viewpoint article stresses that a microbial link with AD and the amyloid hypothesis may be complementary rather than exclusionary. It is still possible that deposition of amyloid instigates a process of neurological decline, followed by opportunistic infections, or that the reverse is the case, with amyloid deposits representing a defense response to infection, trapping invasive microbes in sticky concentrations of amyloid like insects entombed in tree resin.

Are microbes really causative agents of AD or do they perhaps act to accelerate disease processes set in motion by plaques and tangles or as-yet-undiscovered mechanisms? Could antiviral drugs protect the brain from infections that may be linked to cognitive decline? While much work remains in making the case for the infectious theory of AD pathology, the field has matured considerably. Based on encouraging advances, the NIH has decided to provide significant research funding for the topic and the American Society for Infectious Diseases is offering several grants to pursue new avenues of discovery.

The initiatives offer new hope in the fight against Alzheimer’s, which remains the only leading killer without treatment or cure and one that exacts an extraordinary emotional and financial toll on patients, medical resources and families of those afflicted. Without a significant break in the case, the crisis is projected to explode by 2050, with more than 152 million patients worldwide suffering from Alzheimer’s disease and other forms of dementia.