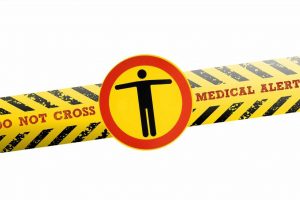 Ethiopia on Sunday announced the first two deaths of patients suffering from COVID-19, as officials ramped up testing to get a clearer picture of the outbreak there.

“It is my deepest regret to announce the first death of a patient from #COVID19 in Ethiopia,” Health Minister Lia Tadesse said in announcing the country’s first fatality on Twitter.

Ethiopia, a country of more than 100 million people, confirmed its first case of COVID-19 on March 13 and has recorded just 43 in total—mostly people with a history of recent foreign travel.

But testing has been extremely limited.

As of Friday, the country had conducted just 1,222 tests, according to the Ethiopian Public Health Institute.

South Africa, by comparison, has performed tens of thousands of tests.

Ethiopian officials said Saturday they were conducting an additional 647 tests, notably of targeted health workers, transportation sector workers who have “direct contact with passengers” and randomly selected people in Addis Ababa, the capital, and the city of Adama in the Oromia region.

It was intended to help determine whether there has been undetected community transmission, said Dr. Adisu Kebede, director of national laboratory capacity building.

“There are also a few cases that we identified that have no travel history and things like that, and from their contacts, you can guess that there is community transmission already,” Adisu said.

“The WHO recommended ‘test, test, test,’ so we had to test more people,” he added.

It has no rapid testing capacity and can currently process no more than 500 tests per day, Adisu said. The goal is to push that figure to over 1,000 by the end of the month.

Ethiopia has closed land borders and schools, freed thousands of prisoners to ease overcrowding, sprayed main streets in the capital with disinfectant and discouraged large gatherings.

Orthodox Christian leaders have encouraged worshippers to pray at home, and police were deployed Sunday to prevent large crowds from descending on one of the capital’s main cathedrals.

Orthodox Christians make up 40 percent of the country’s population.

Prime Minister Abiy Ahmed, last year’s Nobel Peace Prize laureate, has refrained from imposing the kinds of lockdown seen elsewhere in the region, including in Uganda, Rwanda and Mauritius.