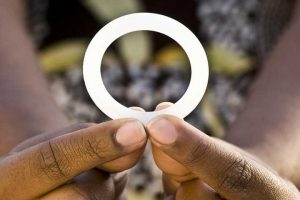 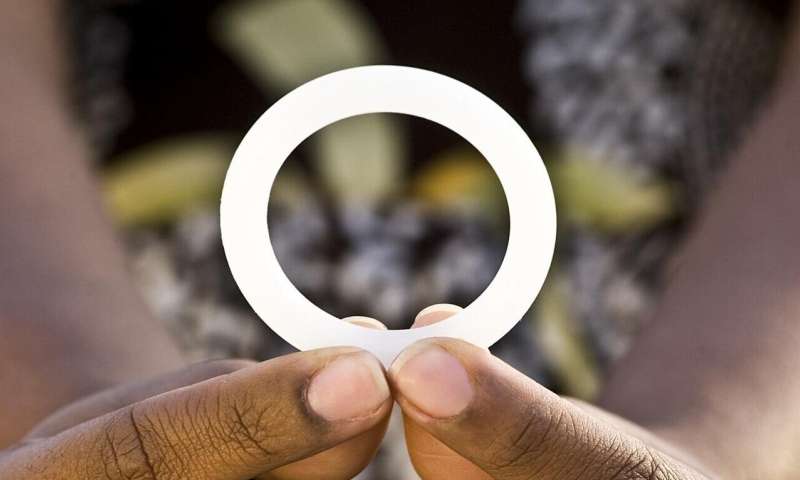 The International Partnership for Microbicides (IPM) today welcomed a positive opinion from the European Medicines Agency (EMA) on the dapivirine vaginal ring for use by cisgender women ages 18 and older in developing countries to reduce their risk of HIV-1 infection. The monthly ring is the first long-acting HIV prevention product, and is designed to address women’s unmet need for new methods given the persistently high rates of HIV, especially in sub-Saharan Africa. This development is a step toward approval for the ring in countries where the need is most urgent.

“The EMA’s opinion is a significant step forward for women, who urgently need and deserve new, discrete options to manage their HIV risk on their own terms,” said Dr. Zeda F. Rosenberg, founding chief executive officer of IPM, the nonprofit that developed the dapivirine ring and is the product’s regulatory sponsor. “As we celebrate today’s news with the many partners around the world involved in the ring’s development, we also look ahead to the collective effort still needed to obtain country approvals to make the ring available to women in sub-Saharan Africa.”

The EMA’s Committee for Medicinal Products for Human Use reviewed the ring under the Article 58 procedure, which it conducts in cooperation with the World Health Organization (WHO) to facilitate access to essential medicines in low- and middle-income countries using the same rigorous standards as for products intended for use in the European Union. IPM submitted its Article 58 application in June 2017.

“This achievement is a testament to what partnerships can accomplish,” continued Dr. Rosenberg. “We applaud the researchers in Africa, Europe and the US who expertly conducted studies that brought the ring to this exciting point—and especially thank the pioneering women who participated in the studies for their commitment to finding new woman-centered options that can fill a critical gap in the HIV prevention portfolio.”

Efficacy data, including additional data provided during the EMA’s review, showed that IPM’s dapivirine ring reduced women’s HIV risk by 35% with no safety concerns with long-term use. More recent data from open-label extension (OLE) studies of the product suggested greater HIV risk reduction, although those findings are based on statistical modeling and are therefore limited. The ring was also found to have a favorable safety profile in all clinical trials to date.

IPM submitted to the EMA for its assessment data from a package of studies, including two Phase III studies—The Ring Study led by IPM, and ASPIRE, conducted by IPM’s clinical trial partner the National Institutes of Health-funded Microbicide Trials Network (MTN)—two subsequent OLE studies, and a number of smaller safety studies.

In addition to working closely with the WHO during its review, the EMA’s evaluation also included the testimony of two women living in countries in Africa where there is a high burden of HIV.

As the EMA requested, IPM will also conduct additional research among cisgender women ages 18-25 to better understand the ring’s efficacy and to collect additional data on safety and potential ARV resistance. Results from the study could also inform strategies to support young women to use the ring consistently.

As the EMA indicated, the monthly ring could be an important option for women who choose not to or are unable to use the daily oral antiretroviral (ARV) pill known as PrEP (or pre-exposure prophylaxis), now becoming more widely available in Africa. Oral PrEP is highly effective, but not all women are able to use it. In addition, although condoms will be indicated for use with the ring, they are not practical for women who are unable to negotiate their use with male partners or who are at risk of sexual or intimate partner violence.

“Women in Africa have been left behind by progress against HIV for far too long, and today’s announcement is a landmark for women’s HIV prevention,” said Dr. Linda-Gail Bekker, professor of medicine and deputy director of the Desmond Tutu Health Foundation, immediate past president of the International AIDS Society and national principal investigator for South Africa on The Ring Study. “Offering women multiple methods like the monthly ring and daily oral PrEP is vital to controlling the epidemic and to ensuring their sexual and reproductive health and rights.”

The ring is designed to help reduce women’s HIV risk during vaginal sex. Women insert the product themselves and replace it every month. Made of flexible silicone, the ring slowly releases the ARV dapivirine locally to the site of potential infection, with minimal absorption elsewhere in the body.

“Today’s announcement brings us closer to a future where every woman has the opportunity to protect herself against HIV,” said Paul Stoffels, MD, vice chairman of the executive committee and chief scientific officer at Johnson & Johnson, which granted IPM the rights to dapivirine and is partnering closely with the nonprofit to plan for the ring’s potential rollout. “If we continue investing in the development of innovations like the dapivirine ring—and ensuring that they are accessible to those who need them most—I have no doubt we will see a day when HIV is a disease of the past.”

“Even as HIV/AIDS has increasingly become an epidemic borne by women and girls, the response to it has not kept pace,” said Dr. Peter Piot, director of the London School of Hygiene & Tropical Medicine and the founding executive director of UNAIDS. “As the first long-acting tool for HIV prevention, the dapivirine ring could help change the course of the epidemic for women.”

Next steps for potential country approvals and introduction

Given the urgency for women, IPM has been working with partners to shorten the time to potential introduction as much as possible, but rolling out the ring will require a collective effort by a range of global stakeholders, particularly as responding to COVID-19 alongside other priorities continues to challenge health systems. With strong political will and funding, it may be possible to begin making the dapivirine ring available sometime in 2021 in some communities in Africa where the need is urgent, pending several next steps, including:

“Women across Africa have been asking and waiting for new tools that put women in charge of their own health, so we welcome today’s announcement,” said Yvette Raphael, who leads the Advocates for the Prevention of HIV in Africa. “We now look to governments and funders, always in consultation with communities, to make sure the dapivirine ring reaches the women who need it.”

IPM is collaborating with MTN to study the monthly ring among adolescent girls, pregnant women and breastfeeding women, who are also at elevated HIV risk. Results from these studies could inform next steps on potentially expanding the indication for the ring to these groups in the future.