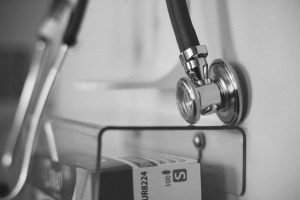 A new study led by researchers from Brigham and Women’s Hospital and the University of Minnesota, Minneapolis sheds light on why female primary care physicians receive lower wages than their male counterparts. The study found that female PCPs generated 11 percent less revenue due to conducting 11 percent fewer visits in a year (doctors are largely paid by the visit). But while previous studies based on surveys have suggested that this wage gap is due, in part, to female physicians working fewer hours than male physicians, the new study finds just the opposite: Female physicians spent more time with their patients per visit, per day, and per year. Results are published in The New England Journal of Medicine.

“When talking about the gender wage gap, researchers have long assumed that women are working fewer hours, or that they’re working part time,” said first author Ishani Ganguli, MD, MPH, a health policy researcher and assistant professor of Medicine at Harvard Medical School and the Brigham’s Division of General Internal Medicine and Primary Care. “Yet when we compared just the time doctors spent face to face with patients alone, women physicians, in fact, spent more time than their male counterparts despite making 87 cents to the dollar for that work.”

The research team gathered nationwide data on the gender pay gap between female and male physicians, observing visit revenue, visit counts, days worked, and visit time for 24.4 million primary care office visits across the United States during 2017. The team used electronic health records, including detailed time data, provided by athenahealth, a technology company that provides electronic health records software, that allowed them to compare female and male physician visits within the same practices. The team controlled for age of physician, degree level, specialty, and number of sessions worked per week as well as for characteristics of the patients and visits they were studying. By doing so, the study was able to capture a more nuanced portrait of female and male physicians’ daily practices than previous studies.

“Our findings provide more evidence that our current system of paying doctors based on the volume of services they provide is a flawed measure of work effort,” said senior author Hannah Neprash, Ph.D., a health economist at the University of Minnesota’s School of Public Health. “Female physicians report the highest rates of burnout and our findings may help explain why. If longer visits contribute to feelings of time pressure and a chaotic work environment—for lower pay—it’s understandable that job satisfaction might be lower.”

The researchers were unable to explore whether this increase in time spent per patient improved patient outcomes and/or patient care. Additional limitations include the authors did not have information on physicians with non-binary gender identities and the study focused on using athenahealth as the sole data source.