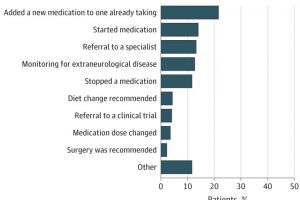 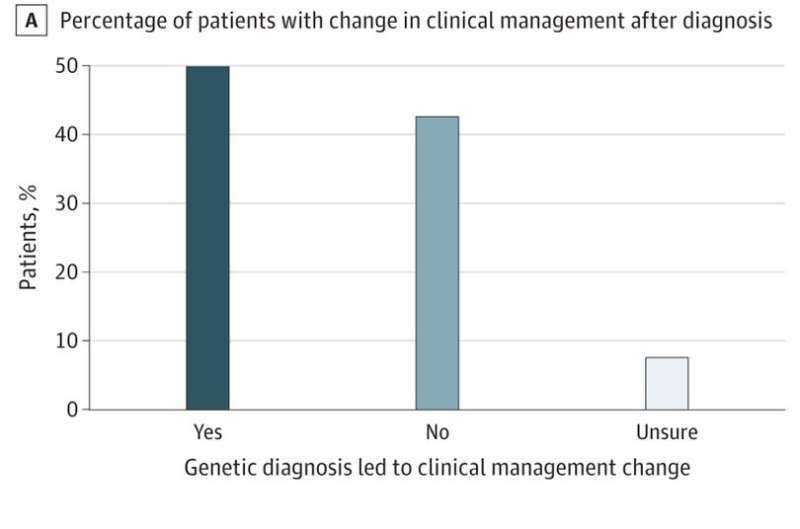 Genetic testing in patients with epilepsy can inform treatment and lead to better outcomes in many cases, according to a new study published in JAMA Neurology.

Genetic causes are responsible for seizures in 30% or more of infants and toddlers and about 10% of adults with epilepsy, but genetic testing is not routinely done. Many insurers are hesitant to cover pricey genetic testing since there’s limited research demonstrating the benefits, which is why the findings of this study are significant, said Anne Berg, Ph.D., adjunct professor of Neurology in the Division of Epilepsy and Clinical Neurophysiology and co-author of the study.

“I think a lot of us have been really frustrated that there’s this highly effective diagnostic tool out there, genetic testing, that is very much underutilized or when it is utilized, it tends to be used very late in the disease course,” Berg said.

“Epilepsy is not a single disease. It’s a symptom that is caused by a multitude of different diseases and a lot of these are genetic. With genetic testing, we now have that specificity in the diagnosis that can often lead to improvements in patient treatment and management. With this study, we looked at patients referred for genetic testing and received a positive molecular diagnosis to see if it made a difference for their care.”

The study included patients referred for genetic testing between 2016 and 2020 whose testing revealed a positive molecular diagnosis. The investigators asked the patient’s health care providers how the results of the panel test impacted the patient’s treatment plan and outcomes.

Of the 418 patients with epilepsy and a positive diagnosis who were included in the study, both children and adults, nearly half saw changes in their treatment plans after genetic testing revealed new information about their condition. The most common changes included starting a new medication, referring the patient to a specialist, evaluating the patient for subclinical or extra-neurological disease features, or stopping a medication. Sixteen patients were recommended for dietary therapy.

Of the half who received care informed by genetic testing, 65% reported reduction or elimination of seizures, 22% had decreases in the severity of other clinical signs, and 7% had reduced side effects from medication.

Of the half whose care was not changed following a genetic test result, the most common reason (48%) was because the patient’s current management plan was already consistent with the optimal treatment for that genetic finding. Twenty-five percent of patients had genetic test results that were not immediately informative for their treatment plan.

“The genetic testing really had an impact for these patients,” Berg said. “It not only changed their treatment, but in most of those cases, it improved their outcomes. This was specifically seen with seizures, where seizures became better controlled as a result of optimizing their seizure therapy.”

“Children can be born having seizures, and seizures in the young brain can derail normal brain development. Most of these children grow up to have profound impairments,” Berg said. “But there’s hope and mounting evidence that early diagnosis with targeted, effective treatment can stave off some of that disability. We are really on the cusp of a change in how we diagnose and then how we treat, and this study is an important piece of the evidence needed for genetic testing to become part of early routine diagnostic practices.”