Identification of a determining factor in luminal cancer cells 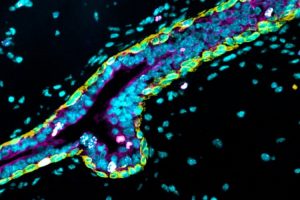 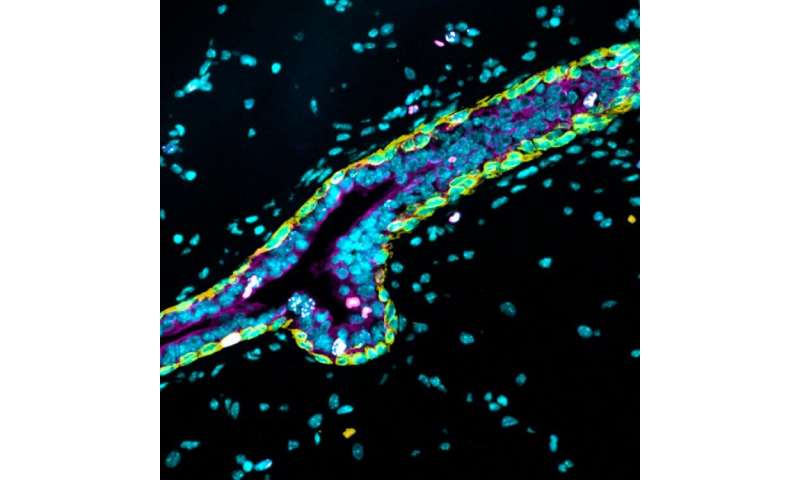 The Translational Control of Cell Cycle and Differentiation Lab at IRB Barcelona, led by ICREA researcher Raúl Méndez, has published a study in the journal Science Advances that has identified a key factor in the development of luminal breast cancer. Characterised by the expression of estrogen receptors, luminal tumours are the most common subtype of breast cancer. The mammary gland is the only organ in our body to undergo its greatest development after birth, as a result of fluctuations in hormone levels. This makes this gland a good model to study cell differentiation and also the mechanisms that regulate the progression of breast cancer.

“Traditionally, much attention has been devoted to the in-depth study of how hormones regulate the development of the mammary gland at the transcriptional level, that is, the synthesis of messenger RNA from DNA. In previous work by our group, we had discovered that factors called CPEBs regulate the next step, namely the translation of that messenger RNA into protein. This process is crucial for embryo development, and it is deregulated during the development in tumours other than those in the breast, such as those of the pancreas,” explains Méndez.

The IRB Barcelona research team has discovered that CPEB2 is essential for protein synthesis after hormonal stimulation, the latter a process that regulates both the proper development of the mammary gland and the formation of luminal breast tumours.

To this end, the study generated new mouse models in which each of the four members of the CPEB family was inactivated. These models allowed the researchers to reveal CPEB2 as a key piece in the estrogen signalling pathway. Without this factor, the most important mediators activated through the estrogen receptor are not synthesised and, therefore, the response to hormone receptors decreases.

“The study allows us to affirm that cells proliferate less in the absence of CPEB2. We have seen in vivo that mice genetically engineered not to express CPEB2 are protected against luminal breast cancer,” explains Rosa Pascual, first author of the article.

In this regard, if the effects detected in mice were replicated in human trials and the side effects were minimal, CPEB2 could provide a new therapeutic target.