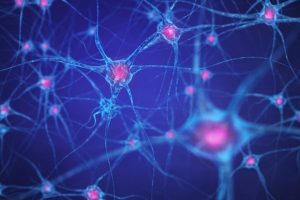 A change in the DNA code (mutation) of a gene that plays a key role in the brain's immune defenses may prevent related cells from clearing away protein-filled clumps, a new study in mice shows. The buildup of such clumps, also called plaque, sets off an immune response that can kill brain cells and may lead to the dementia associated with Alzheimer's disease. The new findings may offer a potential new target for therapies that directly affect the gene mutation, according to the study authors.

The gene in question, inositol polyphosphate-5-phosphatase D (INPP5D), contains instructions for the building of enzymes that prompt immune cells called microglia to engulf plaque, damaged pieces of brain cells, and bacteria and viruses. While past studies have linked this gene to Alzheimer's disease, its specific role in the condition has been unclear.

The study was led by researchers at NYU Grossman School of Medicine and Icahn School of Medicine at Mount Sinai. It showed that within just 3 months, mice genetically engineered to lack the INPP5D gene in their microglia developed 50 percent more plaque deposits than mice with normal microglia, with the plaques in the mice with the mutation larger in size, on average.

The investigation, published online November 30 in Alzheimer's and Dementia: The Journal of the Alzheimer's Association, also revealed that more microglia clustered around plaque sites in mice missing microglial INPP5D, even though the study authors initially expected the opposite to occur. A possible explanation, they say, is that the malfunctioning immune cells could no longer effectively digest the plaque they swallowed, and as a result, more microglia were recruited to clear away the deposits.

Dr. Hasel adds that INPP5D was not the only gene explored in the investigation. The study authors also tied a group of genes to plaque buildup for the first time when they found that in INPP5D-deficient mice more than half of the genes in this group were active in cells closely linked to plaque. Notably, this cluster is known to produce molecules that trigger inflammation in Parkinson's disease, Huntington's disease, and various forms of dementia.

For the investigation, researchers removed INPP5D from microglia, leaving the gene intact in the rest of the animal. This process allowed them to better see the specific impact of the missing gene on brain tissue. Then they measured plaque buildup and microglial behavior roughly three months later.

Next, the study team measured gene activity in rodent brain tissue samples to determine how INPP5D interacts with other genes. They compared these findings to previous research in humans with Alzheimer's disease, observing the same genetic changes in the gene cluster linked to plaque. This suggests that the cluster may play a similar role in brain cell death in our own species, says Dr. Hasel.

"These results highlight the importance of ensuring that inositol polyphosphate-5-phosphatase D and the enzymes it produces are working effectively to prevent plaque buildup," says study co-senior author and neuroscientist Shane A. Liddelow, PhD. "In the future, experts might be able to tailor therapies around this gene to potentially slow down the progression of conditions such as Alzheimer's disease, glaucoma, and multiple sclerosis."

Dr. Liddelow, an assistant professor in the Departments of Neuroscience and Physiology and Ophthalmology at NYU Langone, cautions that the study authors completely deleted INPP5D in the microglia of mice, while humans with Alzheimer's disease still retain a mutated version of the gene. He also notes that since the research team only looked at a snapshot in time, it remains unclear whether the increased plaque buildup and changes in microglial behavior also occur at other stages of the disorder.

According to Dr. Liddelow, also a member of NYU Langone's Neuroscience Institute, the study team next plans to examine exactly how microglia malfunction in the absence of INPP5D and to identify other genes that may be involved in the regulation of these immune cells.