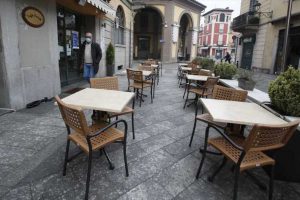 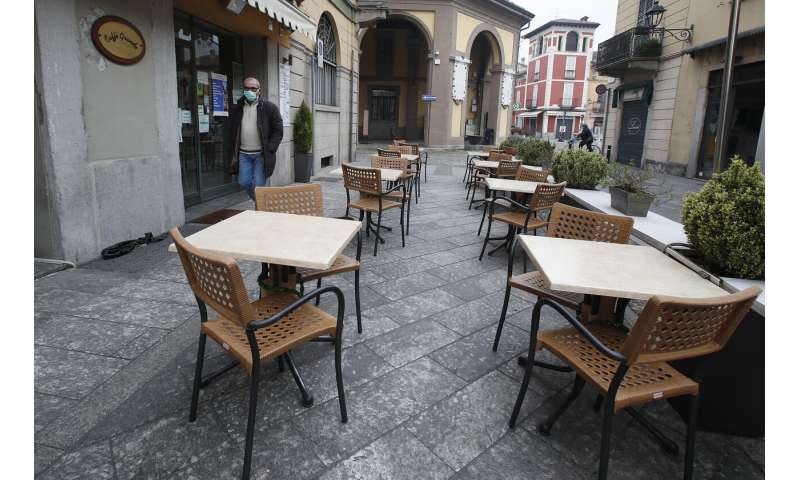 For three weeks, children’s play has not echoed in the main piazza of the town of Codogno, overlooked by a statue of the town’s patron St. Blaise, a 4th-Century physician. But over that period, too, the silence has been pierced increasingly less often by ambulance sirens, which in the early days roared through every couple of hours.

The northern town that recorded Italy’s first coronavirus infection has offered a virtuous example to fellow Italians now facing an unprecedented nationwide lockdown—that by staying home, trends can reverse. Infections of the new virus have not stopped in Codogno, which still has registered the most of any of the 10 Lombardy towns in Italy’s original red zone, but they have slowed.

In the town of 16,000 located near the Po River about 60 kilometers (40 miles) southwest of Milan, most everyone knows someone among the nearly 200 infected with the virus, or the 34 who have died.

When news went out this week that there had been zero new infections in the previous 24 hours, media hopes of eradication were exaggerated. But the trend appears to be real—and one of the reasons that led Premier Giuseppe Conte to impose a series of draconian new measures across the countries this week.

Five new infections were registered Wednesday, compared with 35 a day at the start of the outbreak, said Mayor Francesco Passerini, who like most people in the town wears a mask and who has mourned at a distance with friends who lost their fathers. 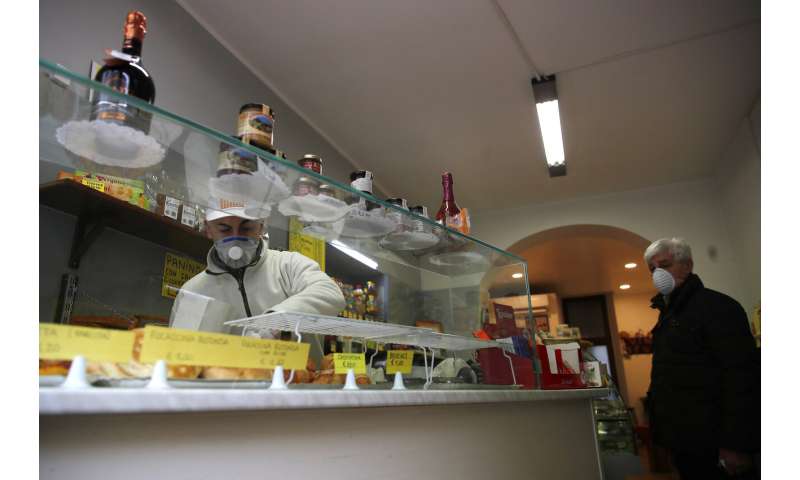 “It is a war. It is a war, but we have every possibility of winning,” Passerini said. “Unlike with our grandfathers, who went physically into battle for our freedom, we are being required to show responsibility—responsibility and calm.”

Those whose lives the virus has claimed include Umberto Falchetti, 86, who helped turn the MTA car components business founded by his father into one of the city’s major industrial concerns, supplying Fiat Chrysler and Renault, among others. “He was healthy, he had no conditions,” his daughter, Maria Vittoria Falchetti, told The Associated Press by telephone. He died within a week of coming down with a fever.

Over three weeks, residents have grown accustomed to their isolation from the world, and from each other. They mostly wear masks when they do go out—not as a requirement but “as an act of attention above all to avoid contagion to others,” Passerini said. Handshake greetings are replaced with new forms of acknowledgment—a steady gaze, say. “We need to make it our own,” the mayor said of the still-awkward passage of customs. 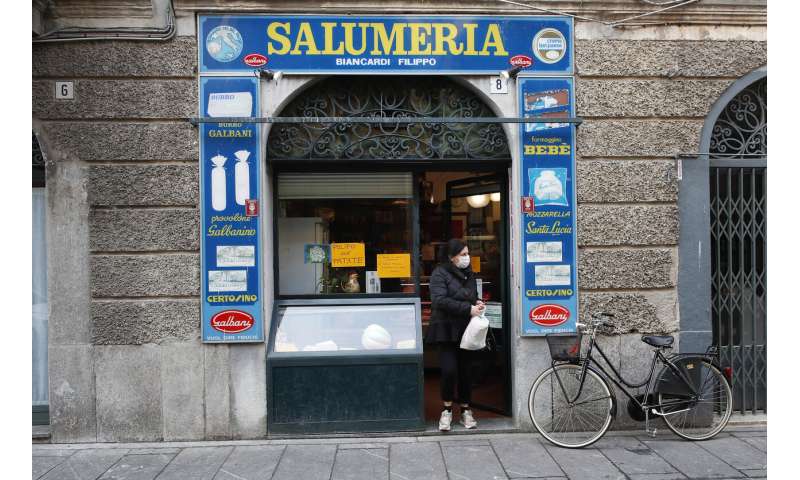 Even with the masks, residents steadfastly abide by the 1-meter distance rule, as they wait outside a bank to pay bills, a pharmacy to have their prescriptions filled, or a bakery for a few provisions.

While the rest of Italy has had to adjust to rapidly changing measures, the pace within Codogno has never really changed since the first diagnosis was confirmed on Feb. 21—not even when police and army barricades came down earlier this week when Lombardy became one big containment zone.

“More than a sigh of relief, there was some concern over the risk that all of the sacrifices were in vain,” Passerini said of the opening. “We are continuing with our virtuous behaviors. We have gotten used to them, with the hope that this emergency ends as soon as possible, not only in Codogno but in the rest of the country and Europe.” 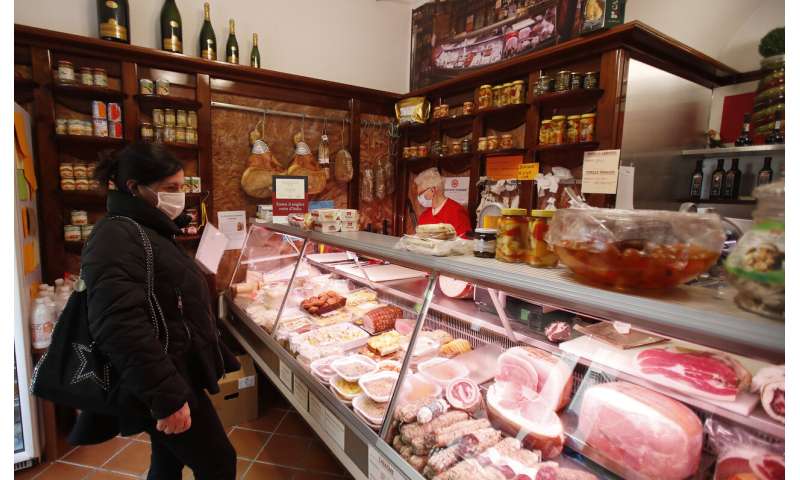 So while people can no longer attend Mass or swap news at a café, a local parish radio station has stepped in to partially fill that gap, transmitting Mass and prayer, along with bulletins from the civil protection agency and messages from the mayor. Trains no longer stop at the station—no one is going anywhere anyway. And shops for non-essentials like apparel and bicycles that opened long enough to post signs instructing customers that they must wear a mask to enter, are shuttered anew.

“Codogno has been in the spotlight since the very first day,” said Rosy Ronisvalle, who stopped at a newsstand her way home from the pharmacy this week to pick up a magazine for her 4-year-old daughter. “We have behaved well.”

But it has been with great personal sacrifice.

Ronisvalle improvised meals after shops—including supermarkets—were ordered closed Feb. 21 at 4 p.m., leaving her with an empty refrigerator, and arranged play for her 2-year-old son and 4-year-old daughter, who have not been outside since. Beside protecting them, she must also protect her mother, who has recently finished chemotherapy and who had been scheduled for urgent surgery until the lockdown made travel outside the red zone impossible. 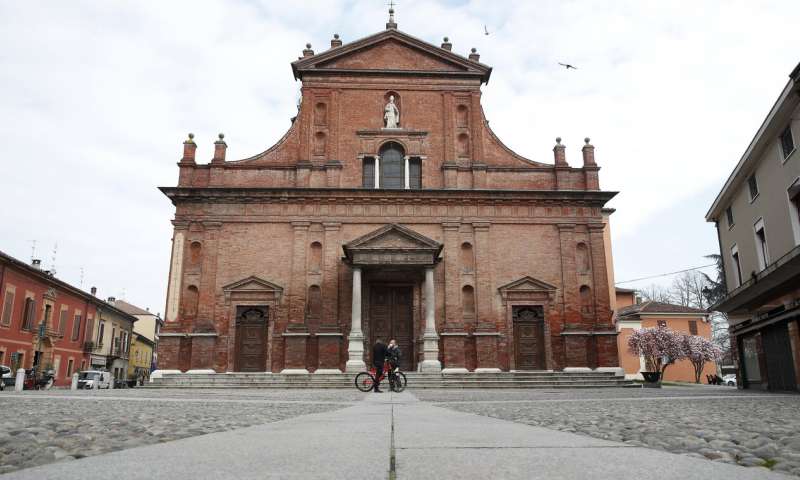 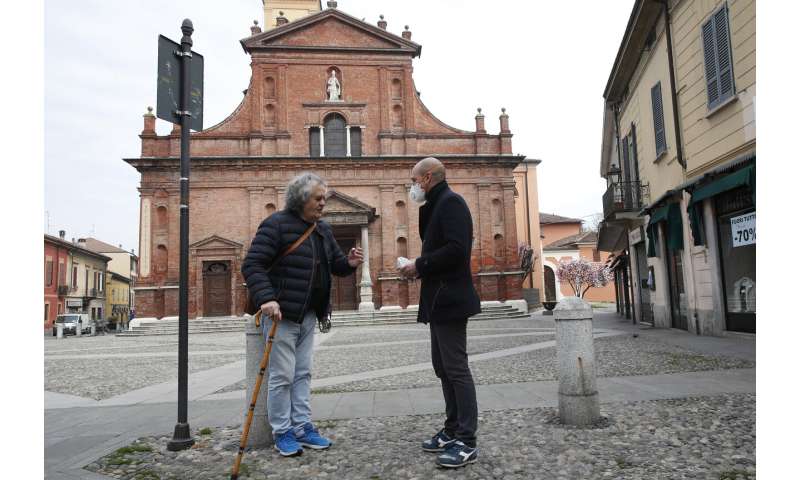 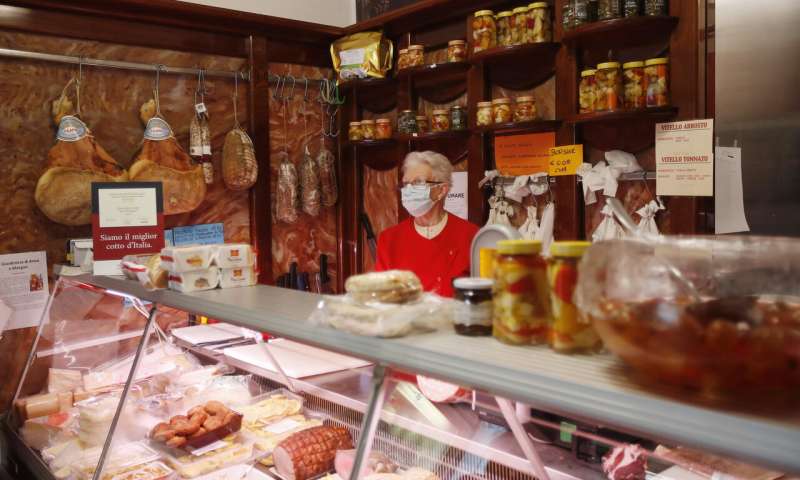 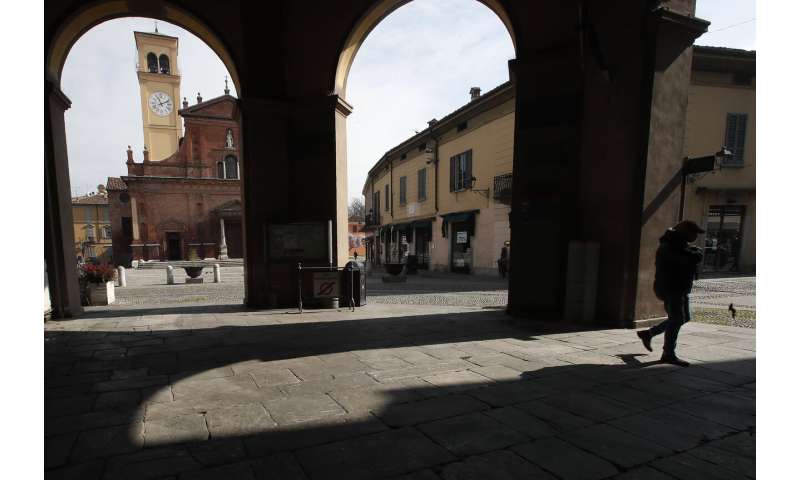 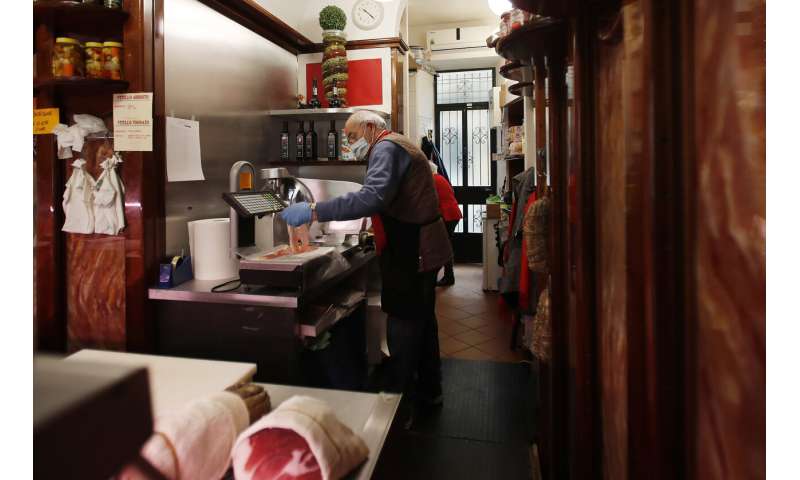 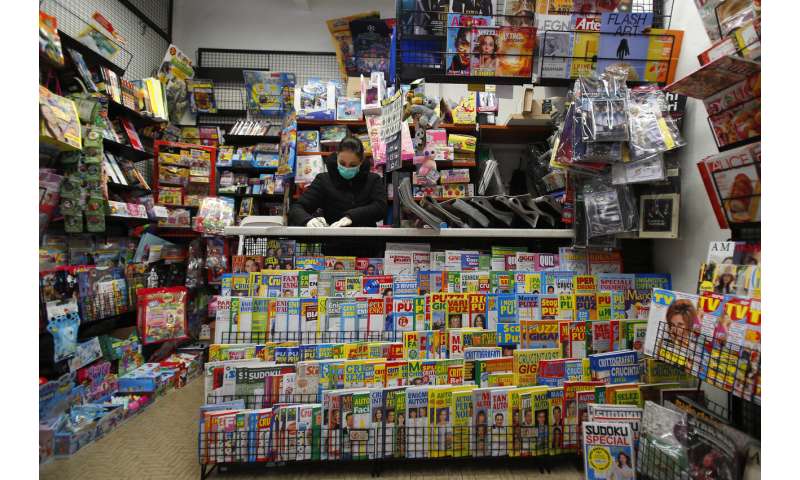 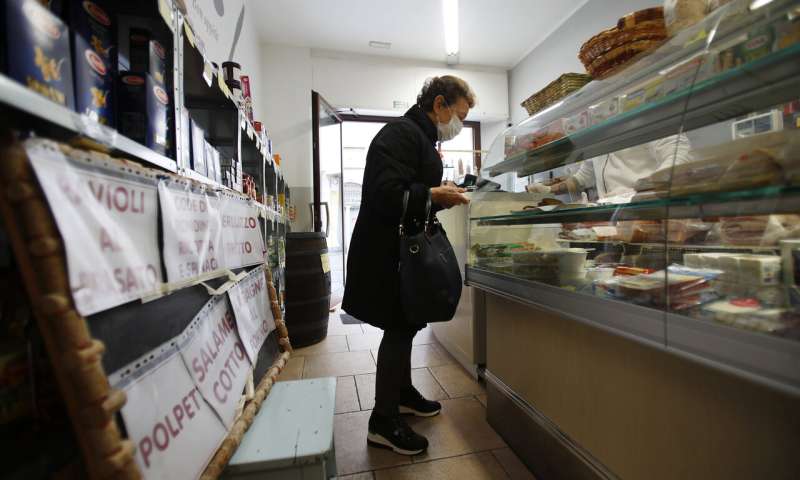 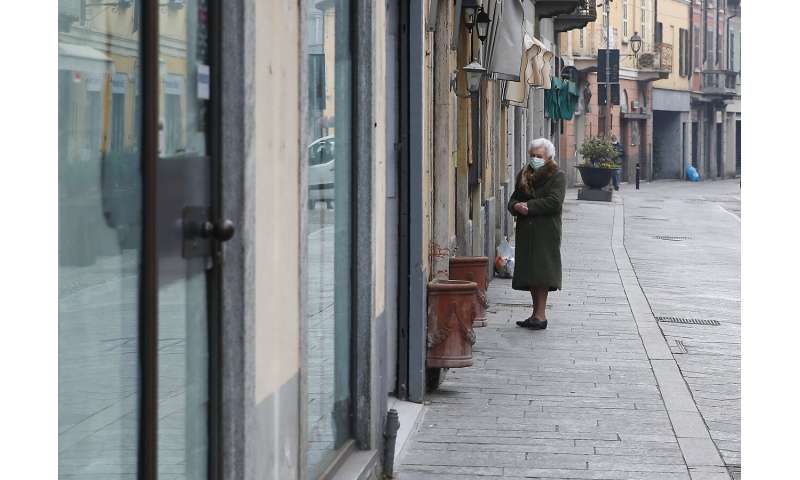 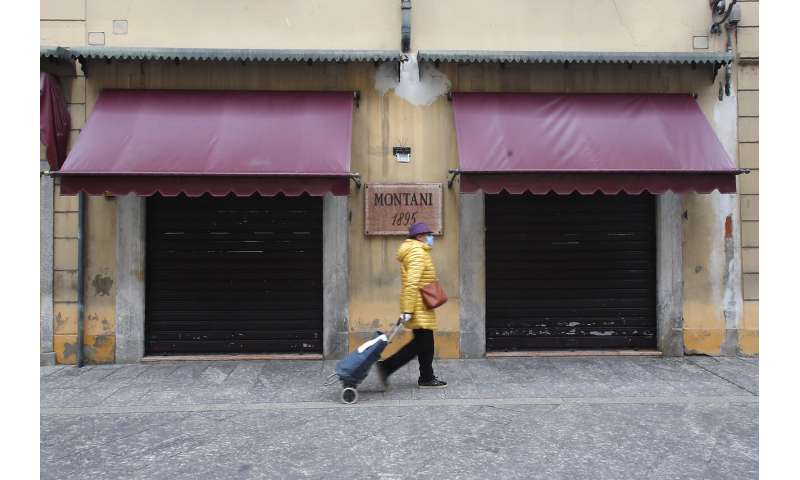 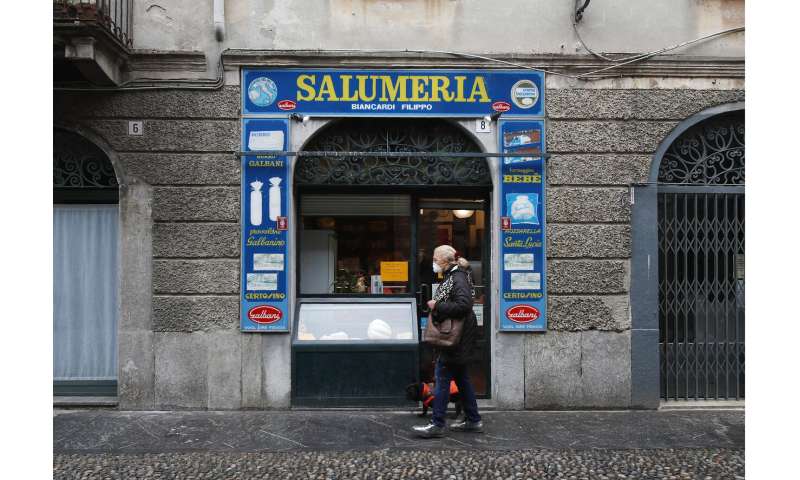 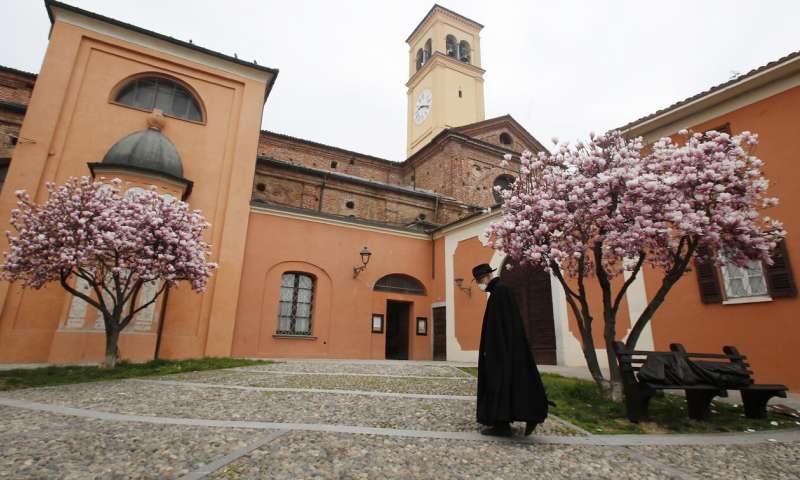 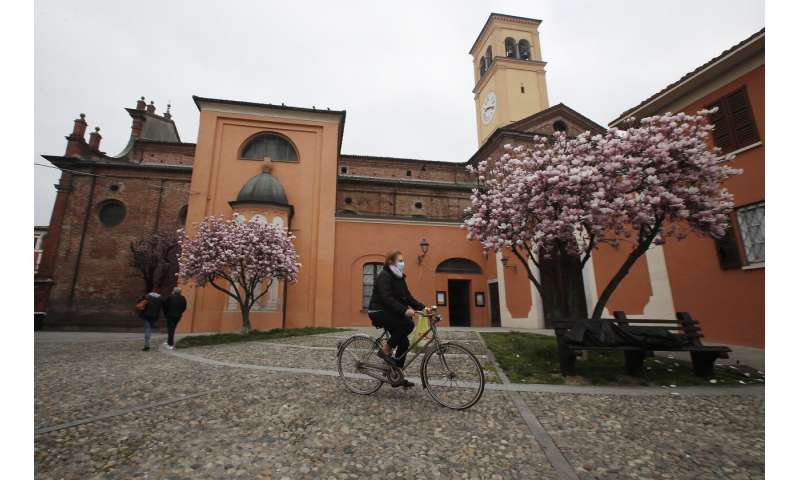 “Her situation is delicate, and doctors (initially) said, ‘Let’s operate right away, we don’t have time to lose,'” Ronisvalle said. “Now, unfortunately, there is a lot of time to lose because of the demands on hospitals. There are not enough beds in intensive care for her, because after being operated on, obviously she would have to go into intensive care.”