Klingensmith named a vice president of American Board of Surgery 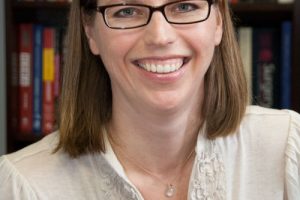 Mary Klingensmith, MD, the Mary Culver Distinguished Professor and vice chair for education in the Department of Surgery at Washington University School of Medicine in St. Louis, has been named a vice president of the American Board of Surgery. The position took effect in November.

A general surgeon with an emphasis in minimally invasive surgery, Klingensmith treats patients at Barnes-Jewish Hospital and the John Cochran VA Medical Center in St. Louis. Additionally, she is the founding director of the Academy of Educators, which focuses on professional development for faculty.

The American Board of Surgery is the national certifying board for general surgeons and related specialists. In 2016 and 2017, Klingensmith served as the organization’s vice chair and chair of the board of directors, leading several initiatives on medical education. She will continue such efforts in her new position, for example, overseeing the Surgical Council on Resident Education, which recently merged with the surgical board.