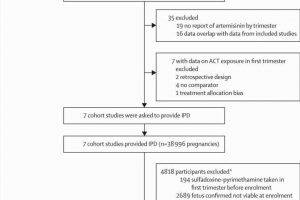 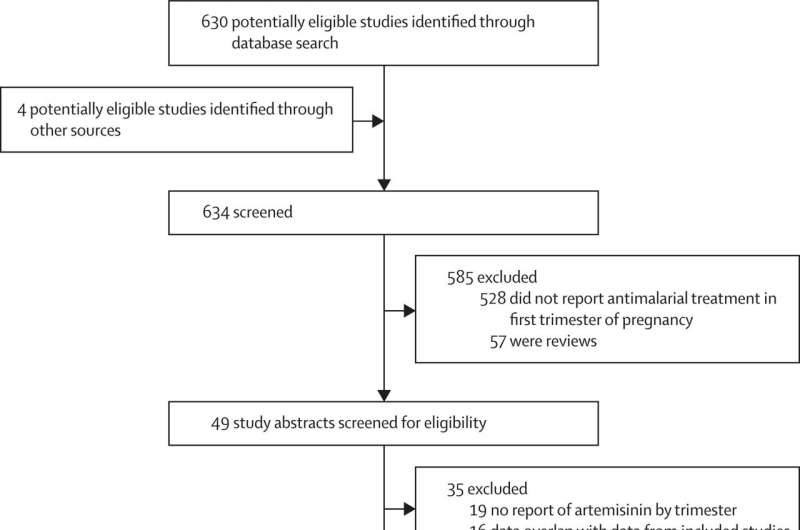 A new WWARN meta-analysis commissioned by the World Health Organization (WHO) which informed a change to its treatment guidelines has been published in The Lancet. The study provides compelling evidence that artemether-lumefantrine should now replace quinine as the treatment of choice in the first trimester.

Although there is limited data on specific artemisinin-based combination therapies (ACTs) other than artemether-lumefantrine, the other ACTs (including artesunate-amodiaquine, artesunate-mefloquine and dihydroartemisinin-piperaquine but not artesunate–sulfadoxine–pyrimethamine) may be considered for use where artemether-lumefantrine is not available, given the demonstrated poorer outcomes of quinine treatment, along with the challenges of adherence to a seven-day course of treatment.

ACTs are already recommended for treatment in second and third trimesters. This study, the largest of its kind, was a collaborative effort between over 20 research groups with data from over 34,000 pregnancies from 12 cohort studies in ten countries collected over more than 20 years.

Malaria in pregnancy has devastating consequences for both mother and fetus, requiring prompt and effective treatment. The risk of infection is highest in the first trimester when many pregnancies are yet to be protected by chemoprevention with intermittent preventive treatment (IPTp) which begins in the second trimester.

Up until now, ACTs were recommended by the WHO as first-line treatment in all patient groups, except in first-trimester women, for whom quinine with clindamycin has been recommended due to concerns about the potential embryotoxicity of artemisinins.

The meta-analysis results suggest that first-trimester treatment with artemisinin-based treatment is as safe and possibly more effective than non-artemisinin-based treatments, including quinine-based regimens. Importantly, artemether-lumefantrine, the ACT with the most safety data, was associated with 42% fewer adverse pregnancy outcomes (pregnancy loss or major congenital malformations) than oral quinine in the first trimester.

Dr. Stephanie Dellicour, Principal Research Associate at the Liverpool School of Tropical Medicine, said, “The results of this meta-analysis are very reassuring as studies have shown that many women are already being exposed to first-line ACT treatment in early pregnancy in malaria-endemic countries. This is partly due to a lack of awareness of pregnancy status by the patients or healthcare providers at the time of treatment and the fact that quinine and clindamycin are largely unavailable in health facilities in eastern and southern Africa.”

Dr. Makoto Saito, Assistant Professor at The Institute of Medical Science, The University of Tokyo and part of the WorldWide Antimalarial Research Network, said, “At WWARN, we have previously shown that ACTs have a superior efficacy and much better tolerability and lower transmission risk after treatment than quinine. This new study provides an update on a previous study, confirming the evidence on safety in the first trimester using all the currently available clinical data.”

“This study provides strong evidence to policy makers that ACTs should replace quinine-based regimens as the preferred treatment for uncomplicated falciparum malaria for everybody, including pregnant women in their first trimester.”

All participating research groups kindly agreed to share their individual patient data (IPD) of 34,178 pregnancies with WWARN. The data included 737 pregnancies with confirmed first-trimester exposure to artemisinin-based treatment and 1,076 with confirmed exposure to other antimalarials. It has taken over 20 years to collect these data, illustrating the difficulty of obtaining quality data on the safety of antimalarials in pregnancy.

Dr. Dellicour added, “Going forward, innovative strategies are needed to fast-track robust evidence generation to support informed decisions on treatment in pregnant women by policy makers, health care providers and patients and ensure that this high-risk group has access to the best antimalarial treatment in a timely manner.”