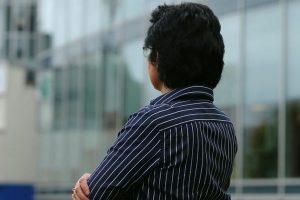 A woman who suffers from uncontrollable orgasms has been denied a “life-changing” drug.

Maria, 61, whose orgasms can be triggered by driving over a pothole, is unable to receive the medicinal cannabis from NHS Greater Glasgow and Clyde.

Health chiefs say there isn’t enough evidence to support prescribing it to the mum-of-three from East Dunbartonshire.

Back in July, Maria told how her rare condition, Persistent Genital Arousal Disorder (PGAD), apparently occurred after a routine smear was botched in 2017.

The mum revealed how she had an orgasm during a Shania Twain concert she attended.

Hemp suppositories, which alleviate her symptoms, were recommended by Dr David Goldmeier, an NHS consultant and UK expert in PGAD at St Mary’s Hospital in London.

NHSGGC referred Maria to the clinic but the mum has since said the health board will not approve the vital treatment, costing £49 for a pack of 10.

With the dosage she requires, the mum would have to spend £1,000 a month on the treatment to help cure her condition.

She told The Herald: “Why should I be paying the bill when I didn’t cause the problem? This was inflicted on me by the NHS, so the NHS should be paying for it.

“It’s been recommended by the very specialist they sent me to – that I had to fight to be sent to – and now they’re ignoring his advice. The condition has calmed down a lot.

“My own GP says she’s never seen me looking better in the past two years than I do now. They’re the only thing that’s worked. For me, it’s amazing not to have feeling down there.”

The “great arousal” Maria experiences without any sexual desire has turned her into a recluse.

She believes it was triggered after a routine smear check-up at Glasgow’s Stobhill Hospital in September 2017, where a consultant “rammed” a speculum into her.

The following month, she began experiencing distressing symptoms for the first time which would eventually be diagnosed as PGAD, caused by damage to her pudendal nerve.

A spokesperson for NHS GGC said: "Prescription of cannabis-based products is subject to considerable regulation.

"We are currently looking into the patient's request and will be in touch with her next week once we have explored all options."