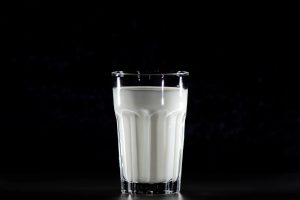 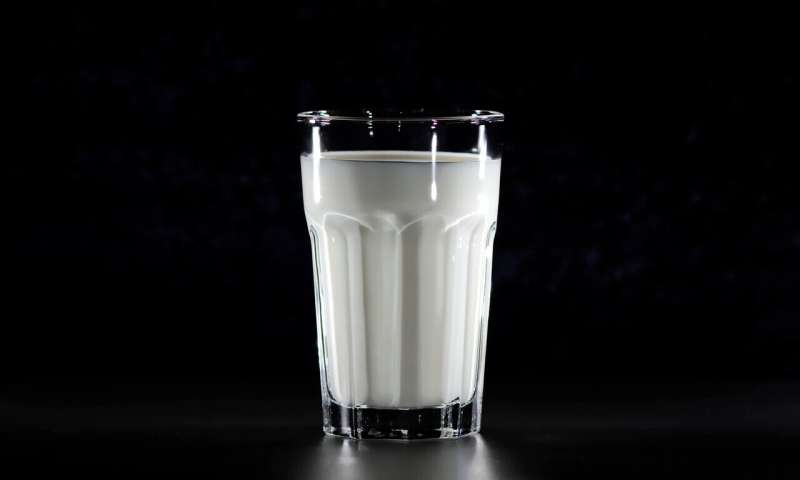 Intake of dairy milk is associated with a greater risk of breast cancer in women, according to a new study conducted by researchers at Loma Linda University Health.

“Dairy, soy and risk of breast cancer: Those confounded milks,” published in the International Journal of Epidemiology, found that even relatively moderate amounts of dairy milk consumption can increase women’s risk of breast cancer—up to 80% depending on the amount consumed.

First author of the paper, Gary E. Fraser, MBChB, Ph.D., said the observational study gives “fairly strong evidence that either dairy milk or some other factor closely related to drinking dairy milk is a cause of breast cancer in women.

“Consuming as little as 1/4 to 1/3 cup of dairy milk per day was associated with an increased risk of breast cancer of 30%,” Fraser said. “By drinking up to one cup per day, the associated risk went up to 50%, and for those drinking two to three cups per day, the risk increased further to 70% to 80%.”

Current U.S. Dietary guidelines recommend three cups of milk per day. “Evidence from this study suggests that people should view that recommendation with caution,” Fraser said.

Dietary intakes of nearly 53,000 North American women were evaluated for the study, all of whom were initially free of cancer and were followed for nearly eight years. Dietary intakes were estimated from food frequency questionnaires (FFQ), also repeated 24 hour recalls, and a baseline questionnaire had questions about demographics, family history of breast cancer, physical activity, alcohol consumption, hormonal and other medication use, breast cancer screening, and reproductive and gynecological history.

By the end of the study period, there were 1,057 new breast cancer cases during follow-up. No clear associations were found between soy products and breast cancer, independent of dairy. But, when compared to low or no milk consumption, higher intakes of dairy calories and dairy milk were associated with greater risk of breast cancer, independent of soy intake. Fraser noted that the results had minimal variation when comparing intake of full fat versus reduced or nonfat milks; there were no important associations noted with cheese and yogurt.

“However,” he said, “dairy foods, especially milk, were associated with increased risk, and the data predicted a marked reduction in risk associated with substituting soymilk for dairy milk. This raises the possibility that dairy-alternate milks may be an optimal choice.”

A hazardous effect of dairy is consistent with the recent AHS-2 report suggesting that vegans but not lacto-ovo-vegetarians experienced less breast cancer than non-vegetarians.

Fraser said the possible reasons for these associations between breast cancer and dairy milk may be the sex hormone content of dairy milk, as the cows are of course lactating, and often about 75% of the dairy herd is pregnant. Breast cancer in women is a hormone-responsive cancer. Further, intake of dairy and other animal proteins in some reports is also associated with higher blood levels of a hormone, insulin-like growth factor-1 (IGF-1), which is thought to promote certain cancers.