Objectifying Asian Women as "Exotic" Puts Us in Danger 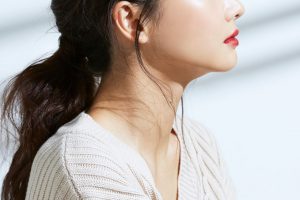 A lot of people think that racism has to be violent for it to count. I learned this growing up as an Asian American woman in a predominantly white community in the Midwest where I was called names like "gook," "chink," and "dog eater." I was asked why my eyes were so "slanty" and if my Filipino immigrant mother was a mail-order bride. These comments and questions made me uncomfortable, but I dismissed them as stemming from ignorance or casual childhood cruelty, not racism. My peers didn't see it as a big deal, so I was fooled into thinking it was acceptable.

To me, Asian American racism was the killing of Chinese-American Vincent Chin in 1982. It was Japanese-American internment camps during World War II. It was the Watsonville Riots that targeted Filipino farmworkers in 1930. It was measurable, concentrated acts of oppression and violence — not someone simply making me cry.

Now, of course, I know that I was wrong. Racism doesn’t have to physically wound to register as racism — or to hurt — although it often feels like the world sees racial microaggressions that way. Racism also doesn’t have to be violent to lead to violence.

This glossing over of racism can have deadly repercussions, and we're seeing that play out now in the current wave of hate crimes against Asian Americans. There have been many horrifying incidents lately, such as the recent shooting of eight people — six of them Asian women — working at a string of spas in Georgia. Even though this was a violent, brutal act, the inherent racism of the killing spree was downplayed. The suspect claimed it was not a racially motivated hate crime and it has not been charged as one yet, but what else can you call it when a white gunman walks into a place of business and kills Asian women, then does it two more times?

"He made indicators that he has some issues, potentially sexual addiction," said Cherokee County Sheriff Frank Reynolds of the suspect. "We're still early on, still have a lot of things to process."

Highlighting a potential sexual addiction doesn't detach the crime from racism, however; Asian American women know that sex and violence are often linked. We are all too often the victims of physical and sexual violence, with 21 to 55 percent of Asian women in the U.S. reporting such trauma.

It's a short leap from being objectified as "exotic" to assault, and it's an even shorter jump to murder.

I have spent most of my life being objectified, sexualized, and fetishized by men because of my race. I've been told everything from "Asian women are so beautiful" to "Oh baby, I bet you're submissive and kinky in bed, huh?" They solicit me for sex, call me a "China doll," offer to marry me for a Green Card if I "sucky sucky." All of this is seen as normal, albeit offensive, and is often written off as a joke. While I haven't experienced sexual violence because of race, that has been more luck than anything else. There have been several close calls, and I have seen men turn aggressive when I ignore their advances.

It's a short leap from being objectified as "exotic" to assault, and it's an even shorter jump to murder. Racial microaggressions feed into normalizing racism which, in turn, can lead to violence, and the way Western society hypersexualizes Asian women directly contributes to the danger we are in.

Many people have commented on the shock and horror of the shooting, but it didn't come from nowhere. How is it that we see the violence, but not the root? Why do we continue to normalize jokes and comments about Asian women when it so clearly leads to violence?

The last few days have seen widespread discussions about violence against Asian women, but that doesn't mean this is a recent phenomenon or even a rare one. The objectification of Asian women has a long history. It is rooted in the colonization of my homeland, the Philippines, and several other Asian countries. It is evident among the sex tourists who vacation there to take advantage of women. It is sown in the legacy of sex trafficking and comfort women, and in the Page Act of 1875, which essentially barred Chinese women from America as they were all presumed to be "immoral" sex workers.

Asian women today carry generational trauma from historical racism alongside our own experiences, which do not have to be violent to be racist and dangerous. Racism comes in many forms, but they are all intertwined, and they are all evil.

Christine Liwag Dixon is a multiracial Filipino American writer and musician based in the greater NYC area. Follow her on Twitter.