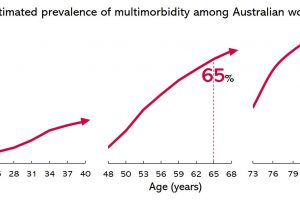 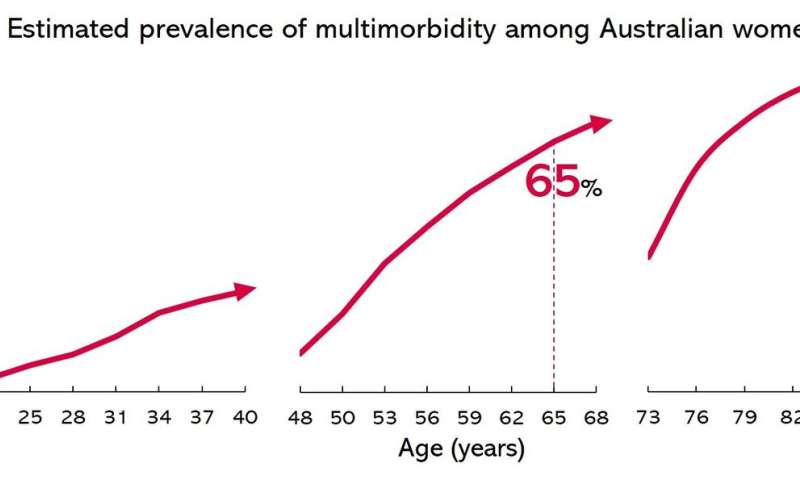 Women who experience premature menopause are almost three times more likely to develop multiple, chronic medical problems in their 60s compared to women who went through the menopause at the age of 50 or 51.

These are the findings from a study of 5107 women who were part of a national study of 11,258 Australian women, aged 45-50 years in 1996 and who were followed until 2016. The study is published today (Monday) in Human Reproduction, one of the world’s leading reproductive medicine journals.

As life expectancy is now more than 80 years for women in high income countries, a third of a woman’s life is spent after the menopause. It is known already that premature menopause, occurring at the age of 40 or younger, is linked to a number of individual medical problems in later life, such as cardiovascular disease and diabetes. However, there is little information about whether there is also an association between the time of natural menopause and the development of multiple medical conditions—known as multimorbidity.

Researchers at the Centre for Longitudinal and Life Course Research at The University of Queensland, Brisbane (Australia) used data on women who had joined the prospective Australian Longitudinal Study on Women’s Health between 1946 and 1951. The women responded to the first survey in 1996 and then answered questionnaires every three years (apart from a two-year interval between the first and second survey) until 2016. The women reported whether they had been diagnosed with or treated for any of 11 health problems in the past three years: diabetes, high blood pressure, heart disease, stroke, arthritis, osteoporosis, asthma, chronic obstructive pulmonary disease, depression, anxiety or breast cancer. Women were considered to have multimorbidity if they had two or more of these conditions.

The women’s age at natural menopause was defined as at least 12 months without monthly bleeding, where this was not the result of a surgical intervention such as removal of the ovaries or hysterectomy.

Professor Gita Mishra, director of the Centre and senior author of the paper, said: “Our findings indicate that multimorbidity is common in mid-aged and early-elderly women. Premature menopause is associated with an increased risk of developing multimorbidity, even after adjusting for previous chronic conditions and for possible factors that could affect the results, such as whether or not the women had children, how many, education, body mass index, smoking and physical activity.”

Dr. Xu added: “We also found that premature menopause is associated with a higher incidence of individual chronic conditions.”

The researchers say they believe that this is the first study to assess the link between premature menopause and the development of multimorbidity in a large group of women and with long-term, prospective follow-up.

“Our findings suggest that health professionals should consider providing comprehensive screening and assessment of risk factors when treating women who experience natural premature menopause in order to assess their risk of multimorbidity,” said Prof Mishra. “Our findings also highlight that multimorbidity should be considered as a clinical and public health priority when policy-makers are considering how to control and prevent chronic health problems in women.”

The study does not show that premature menopause causes the development of multimorbidity, only that there is an association. A limitation of the study is that the researchers relied on self-reported information from the women.