Prevalence of SARS-CoV-2 antibodies in Germany 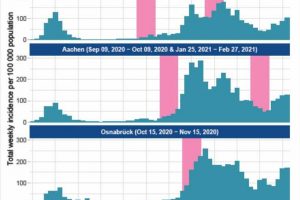 Seroprevalence studies have proved their worth in estimating the size and directionality of an outbreak of infectious disease, especially the current pandemic of severe acute respiratory syndrome coronavirus 2 (SARS-CoV-2)-induced coronavirus disease 2019 (COVID-19). A new study posted to the medRxiv* preprint server describes the prevalence of SARS-CoV-2 antibodies in five representative regions of Germany.

Seroprevalence is the number of persons in a population who test positive for a specific disease based on serology (blood serum) specimens.

German estimates of the number of infections in its population are based mainly on the number of mandatorily reported infections, derived from local healthcare authorities. Once the first case was reported in January 2020, initially, the strategy centered on case studies, tracing contacts, and finding hotspots of infection.

Screening by polymerase chain reaction (PCR) testing for SARS-CoV-2 genetic material was carried out for certain groups, such as healthcare workers.

As a result, estimates of viral transmission excluded asymptomatic or mild infections as they do not reach medical attention. The current study seeks to use population-based data on immunoglobulin (Ig)G titers specific to the viral spike antigen to calculate the number of people exposed and the infection fatality rate for each age group.

This would help monitor how well various interventions are working at the population level and how to prevent a further rise in incidence and shape vaccination policies. 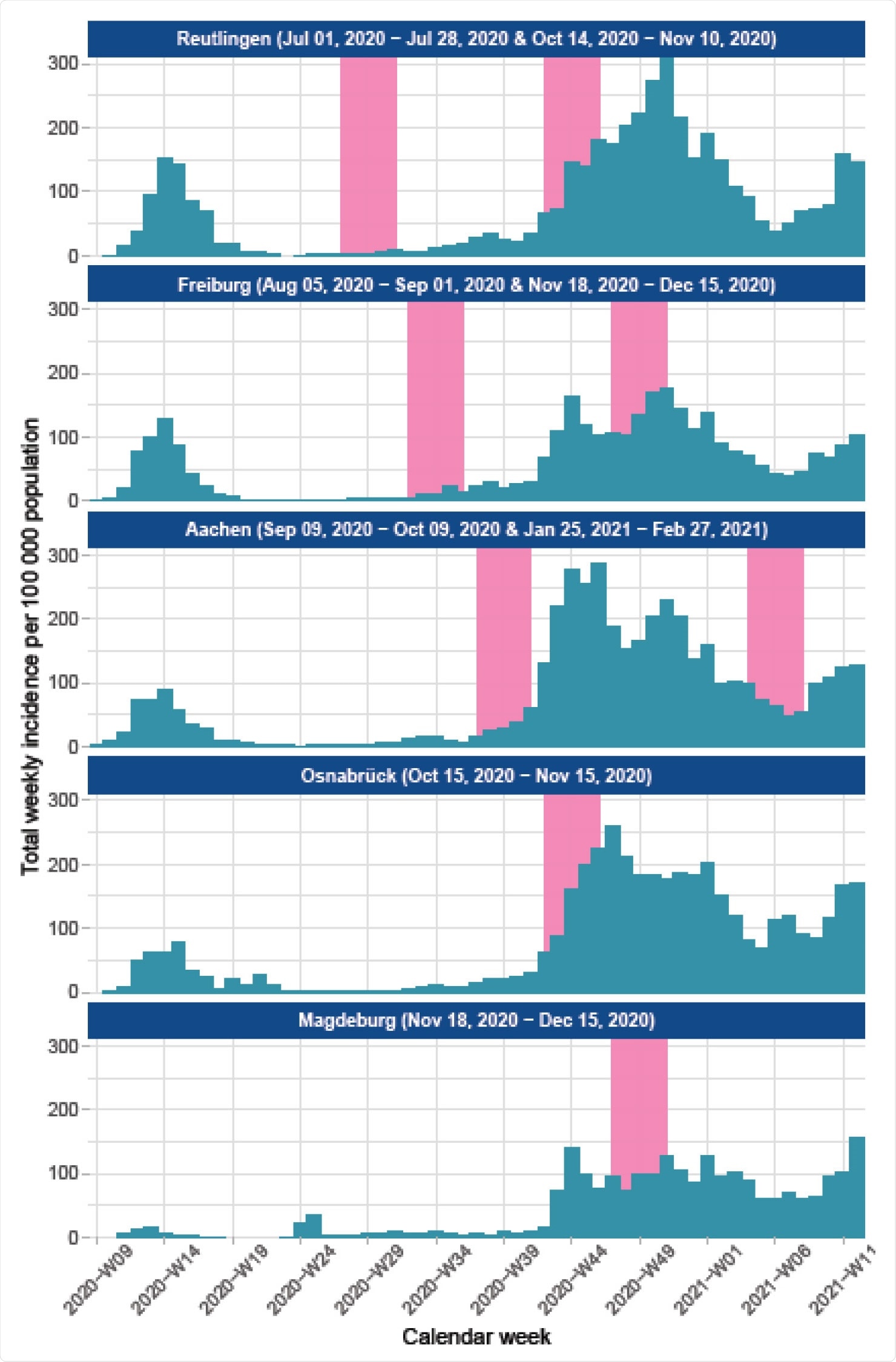 The researchers found 30 studies from Germany and discovered that the seroprevalence reported was mostly low, below 5%, and primarily from hotspots or group-specific screening. They considered only a single study, called the Corona sub-study of the Rhineland study, as fitting their criteria. This study calculated a low seroprevalence below 1%, which would mean that Germany remained almost completely vulnerable to the virus.

The current study is based on MuSPAD (Multilocal and Serial Prevalence Study of Antibodies against SARS-2 Coronavirus in Germany) data. MuSPAD is a multi-locality study established by the researchers to understand the community prevalence of SARS-CoV-2 and allow comparisons with other European countries.

It addresses seroprevalence by region, time points, social and demographic data, and comorbidities. The researchers randomly tested over 13,000 and 6,000 adults in two rounds of testing in five German counties with Spike S1-specific IgG ELISA (enzyme-linked immunosorbent assay). The first set of participants were tested twice to monitor changes in seroprevalence with time.

About 40% of participants in both stages had no history of symptomatic COVID-19-like illness since February 2020. About 10% had been exposed to a confirmed case.

About 20% had household members who had tested for the virus by PCR. Less than 20% had been tested themselves. In the second stage, the proportion was about a third, in both categories. In one county, Reutlingen, 8% of household members were tested in the first stage, but 45% in the second.

Less than 1%, and just over 2%, of first- and second-stage participants had tested positive at any time.

Seroprevalence was low until the end of 2020 due to many cases being unreported. Seropositivity was almost four-fold higher among those who had two or more COVID-19-like symptoms, such as loss of smell, cough, breathing distress, fever, or tiredness.

Based on these results, about 2.5-4.5 more cases were present than reported to health authorities, called the surveillance detection ratio (SDR). This was lowest among people aged 80 years or above, who had the highest seroprevalence. “Detected age-specific differences of SDR should be taken into account in modeling and forecasting COVID-19 morbidity.”

They also found that with efficient isolation and contact tracing, the number of people who needed to quarantine to prevent one infection was 8.2.

The odds of seroprevalence were 80% more likely with lower education.  Conversely, smoking was linked to only half the odds of being seropositive. However, there is much evidence that the disease is much more serious in those with damaged lungs due to smoking,

This is the first accurately traced population-level seroprevalence study of SARS-CoV-2 in multiple regions in Germany. The two rounds of sampling helped to follow up seroprevalence variations in these representative regions.

However, seroprevalence could not be measured at all locations simultaneously, which meant that antibody levels would have waned more significantly in those that were last to be tested. At the same time, the second wave was setting in towards the end of the second stage of testing, which is reflected in the test results.

The five conclusions they reached were:

The pooled seroprevalence of 1.3% indicates that the prevalence was under-reported, with only 20 – 40% of cases being notified in the first wave, but 40-50% in the second wave.

Seroprevalence remained low until the middle of December 2020, in all regions. This was due to the receding first wave in most regions, but for Magdeburg, it represented the onset of the second wave.

The SDR is twofold higher for those aged 80 years or more in the first wave, and the difference hovers between 25% to 50% for different cities. The more efficient detection of older people by notification should help improve predictions and risk assessment models and thus shape focused preventive interventions.

The low infection fatality rate seen in Magdeburg is attributed to the researchers capturing the initial period of the second wave, where the study ended before the fatality records were complete. For instance, they included 15 deaths by November 15, 2020, whereas there were almost 50 by the end of the year.

The study also shows that contact tracing was highly efficient, with only 8 people requiring to be quarantined to avert one infection.

Finally, the risk posed to viral containment by limited education was also observed, probably because it is associated with lower socioeconomic status and shifts in employment, raising barriers to self-isolation at home.

“We recommend that forecasting efforts use regional age-specific underreporting ratios if available to predict severe courses of disease as well as deaths more in detail. We also recommend that testing and tracing efforts be targeted in particular to those younger and middle-aged adult groups that seem to be prone to highest underreporting in our study.”