Protein found that keeps the circadian clock on schedule 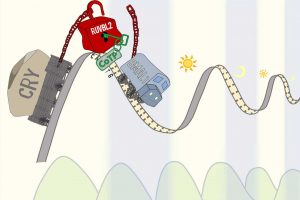 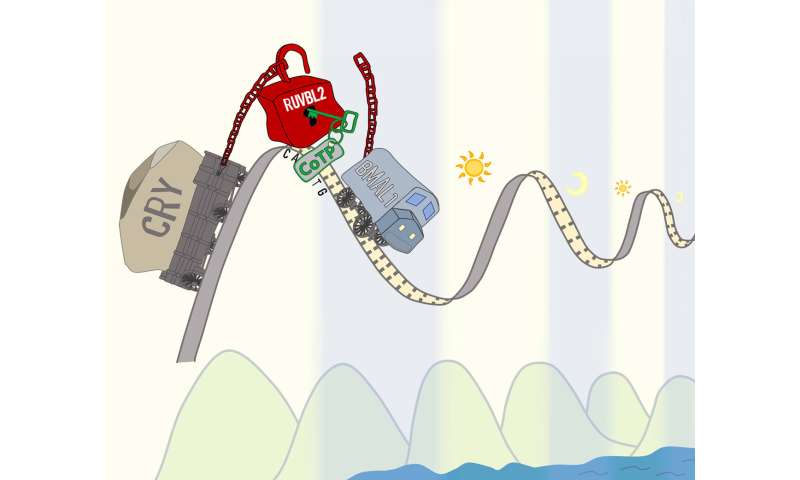 A team of researchers from several institutions in China and two in the U.S. has discovered a protein that keeps the circadian clock on schedule in mice. In their paper published in the journal Science Translational Medicine, the group describes screening thousands of drugs in their search for molecules that might have an impact on the circadian rhythm, and what that found.

The circadian rhythm or clock is a biological process that regulates bodily functions, most famously the sleep cycle. Unfortunately, despite a lot of effort, scientists still do not know how, exactly, the biological machinery involved in the process works. In this new effort, the researchers have taken another step toward unraveling the mystery.

The work involved screening over 10,000 trial drugs as part of a search for a drug with a direct impact on the circadian clock, disrupting it in either positive or negative ways. After much effort, they finally found the compound they were looking for: cordycepin, a natural compound found in a rare type of fungus that has been used to enhance sexual response. But because it is so expensive, the researchers used a synthetic form for testing purposes.

Once they identified the compound, the researchers set to work learning more about it and the ways it impacts the circadian clock in mice. Testing involved changing the light/dark schedule for mice living in a lab to simulate travel to different parts of the globe. In some instances, they time-shifted the mice eight hours forward, and in others, eight hours backward. Under both scenarios, they gave the mice doses of cordycepin and then monitored them to see how long it took them to change their sleep cycle to match their new environment. The researchers found that on average, it took just four days in either case, compared to the normal eight days for a control group.