Significant association between income and survival after surgery for lung cancer 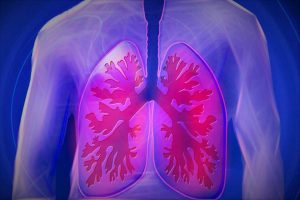 Patients with low income have a higher risk of death following surgery for lung cancer compared with patients with high income. The association remains even after taking prevalence of common comorbidities, and other factors that are known to influence the risk of death, into account. This is according to a study published in the journal Thorax by researchers at Karolinska Institutet in Sweden.

There are known survival differences in the general population that are related to differences in socioeconomic status. Moreover, the gap in life expectancy seems to be increasing and can to a large part be explained by differences in deaths from cardiovascular disease and cancers.

“Sweden has a tax-funded universal health care system granting citizens equal access to care, therefore, we hypothesized that household disposable income would not be associated with long-term survival following lung cancer surgery,” says Erik Sachs, Ph.D. student at the Department of Molecular Medicine and Surgery at Karolinska Institutet, and resident in cardiothoracic surgery at the Karolinska University Hospital.

The researchers performed a population-based register study that included 5,500 patients who underwent surgery for lung cancer between 2008 and 2017. During a mean follow-up time of 3.2 years, 1,736 patients died.

“Contrary to our hypothesis, the analysis showed that patients with low household disposable income had significantly worse long-term survival compared with patients with high household disposable income,” says Erik Sachs, one of the study’s authors. “We don’t know what causes this association. To answer this question, studies investigating the underlying mechanisms of the association are needed.”

The researchers note that they did not have access to information on diet, physical activity and social support, factors that have previously been associated with socioeconomic status and could potentially influence life expectancy.