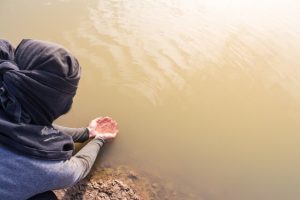 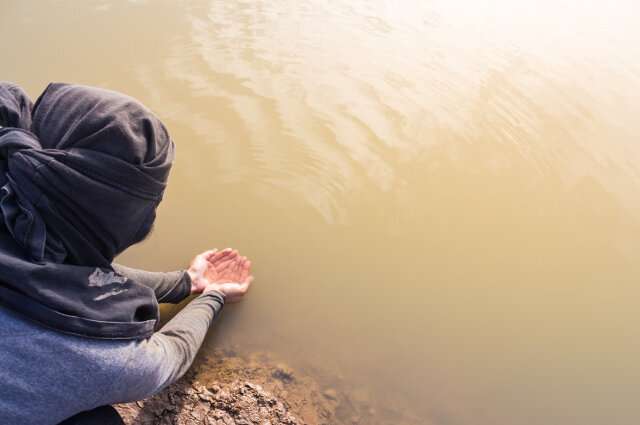 Daniele Lantagne is dedicated to combating infectious diseases, such as diarrhea, cholera, and Ebola. At the School of Engineering’s Environmental Sustainability Lab, her approach encompasses laboratory, field, and policy implementation-based research. Lantagne, an associate professor of civil and environmental engineering, and her team focus on reducing diarrheal diseases, the second most common cause of death among children worldwide through improved water, sanitation, and hygiene—also known as WASH—practices

Lantagne’s work is already benefiting thousands of public health responders in countries impacted by both cholera and Ebola. For example, they now effectively wash their hands with a chlorine solution based on her lab’s data-supported recommendations that are endorsed by both the World Health Organization (WHO) and the Centers for Disease Control and Prevention (CDC).

Educated at MIT and the London School of Hygiene and Tropical Medicine, Lantagne has been on the front line of infectious disease. As public health engineer at the CDC for eight years, she guided improved water treatment programs in more than forty countries across Africa, Asia, and Central and South America.

She was also on the team that reported to the United Nations on the disputed source of the 2010 cholera outbreak in Haiti. She joined Tufts from a postdoctoral fellowship in sustainability science at Harvard’s Kennedy School of Government.

Tufts Now recently talked with her about cholera, her research contributions, and her outlook on tackling a tenacious disease.

Tufts Now: A global task force is rallying to combat cholera, aiming to eliminate the infectious disease in at least twenty countries out of the forty-seven affected today by 2030. The full suite of strategies includes improved sanitation measures, swift hydration, and in some countries, a vaccine. How do you describe the solutions coming out of your lab?

Daniele Lantagne: First, it’s important to know that cholera is caused by infection with a bacterium, Vibrio cholerae, and it’s spread mostly by water and food, and sometimes surfaces, contaminated with feces. Infection occurs quickly, and infected people suffer rapid and profuse diarrhea that can lead to life-threatening dehydration.

All of the research our group does answers questions that come from the field, including building an evidence base for what I call “CISUR”—commonly implemented but severely under researched—water, sanitation, and hygiene interventions.

One practice that people have used to kill the cholera bacterium on contact is household spraying with chlorine, a common disinfectant. Spraying has been done prevent cholera transmission for nearly 100 years; we have documentation of spraying in China in the 1960’s. But does spraying work to kill the bacteria on surfaces and prevent transmission? We have no data.

So we tested it, in the laboratory and with responders in households of cholera patients. It turns out that spraying does work, on porous and non-porous surfaces, but only if you spray until the entire surface is wet; you can’t just leave droplets because cholera bacterium can persist. Some field programs did this, some did not. The outcome of all this research is a really simple field recommendation for sprayers: spray until the surface is entirely wet.

Another CISUR intervention is bucket chlorination, which is essentially stationing a worker at a water source like a well or river. The worker puts a syringe of chlorine into water containers as people collect water. But again, there was no research on the practice. In the lab, we looked at the effectiveness of chlorine in water of different turbidities, and while it doesn’t take much chlorine to kill the bacterium, the dirtiness of the water will impair it.

In the field, we just completed a two-year study that took my team to Haiti, Democratic Republic of Congo, and Cox’s Bazar in Bangladesh to look at actual bucket chlorination programs. In a field setting, there are a lot of implementation factors.

Does the worker have an umbrella, so they don’t get hot and want to leave? Are they getting paid? Is the chlorine in an opaque container so it doesn’t heat up and degrade? Who is mixing up the chlorine, is it the right dosage, and should the dosage change? We found implementation was all over the map, yet, if you added chlorine into the water, the water was safer to drink. The intervention worked. And we could make recommendations to responders to make it better.

How did you become interested in research on infectious disease intervention?

I had a moment when I was working on watershed protection in northeast Massachusetts on the Ipswich River. One woman at a community meeting asked: “How do we keep dry cleaning chemicals out of our groundwater, where we get our drinking water?” A person from the Massachusetts Department of Environmental Protection replied: “Well, don’t dry clean your clothes.”

I realized just how much of a privilege our environmental issues are in northeast Massachusetts. And while it is incredibly important to work on our environmental issues, I realized I personally was more interested in working to merge public health and engineering. Water issues in low-income contexts are far more basic: “My child is going to die if she drinks water with cholera in it.”

The global strategy to control cholera also aims to reduce cholera deaths by 90 percent by 2030. Can we do it? The WHO estimates over a million people have been affected recently in countries that include Benin, Cameroon, Central African Republic, Somalia, South Sudan, and Yemen. In Yemen alone, more than 1.2 million cases were reported in 2018, and more than 2,500 people—58 percent of them children—died.

We are making progress in many countries, and I think we can reduce cholera deaths. It’s also true that in some countries, cholera is worsening: Haiti, Somalia, Yemen. Cholera is part of a larger humanitarian crisis in those countries where you have intense conflict and families are displaced. There is no stable infrastructure to help responders get care where it needs to go.

To this you can add severe weather related to climate change and disruptions from earthquakes—these are all factors in the spread of the disease and not easily solved. That doesn’t mean we stop trying.

What is your long-term outlook, especially when outbreaks could be triggered by severe weather brought about by climate change?

By looking at these WASH practices easily adopted in communities, we can reduce sickness and mortality—but I also see our work as having a long-term impact because it can bring stability to the family unit. We’re not going to become a sustainable planet until children survive, and, consequently, family units become smaller.

A family that doesn’t have to struggle to find clean water and food simply to survive, that feels secure about the future, has fewer children and educates its boys and its girls. We are making progress with girls’ education, and that’s important because girls will go on to have options.