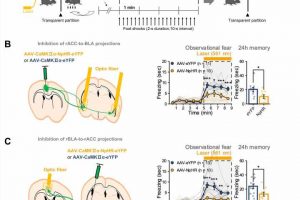 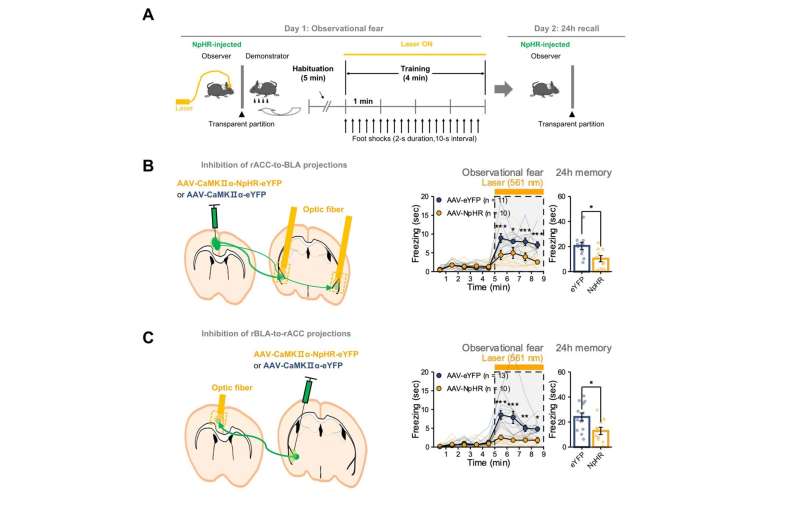 A research team led by Dr. Shin Hee-Sup at the Center for Cognition and Sociality (CCS) within the Institute for Basic Science (IBS) in Daejeon, South Korea has discovered the underlying neural mechanism that allows us to feel empathy. The group’s study on mice hinted that empathy is induced by the synchronized neural oscillations in the right hemisphere of the brain, which allows the animals to perceive and share each other’s fear.

Empathy is the ability that allows us to perceive and understand another individual’s emotions, such as joy, sadness, or fear. It is an essential function for human sociality, and its impairment has been observed in numerous psychiatric and neurological disorders such as autism, schizophrenia, and Alzheimer’s disease. The precise mechanisms within the brain that form the basis of empathy have not been identified, and few studies have been conducted on uncovering its origins.

This capacity to sense the feelings of others is not unique to humans, and its biological mechanisms are shared with other mammals including rodents. “Observational fear,” which is a rodent model for emotional contagion, is the basic form of affective empathy. This model has been well-established and is frequently used for studying the neurobiology of empathy (Figure 1A).

During the observational fear experiment, a “demonstrator” mouse is given an electric shock, while an “observer” mouse watches from behind a transparent screen. When witnessing another animal receiving a shock, the observer mouse displays an immediate fear response, as demonstrated by its freezing behavior. The observer mouse is also known to be able to recall the experience at a later time.

The CCS-IBS team led by Dr. Shin Hee-Sup combined this observational fear model with optogenetic experiments to explore the origin of empathy. Notably, this study showed that the synchronized brain rhythms within multiple brain areas are essential for triggering empathy. In particular, the synchronization between the anterior cingulate cortex (ACC) and basolateral amygdala (BLA) is unique to empathic fear by indirect exposure to others’ distress, not to fear by first-hand experience. 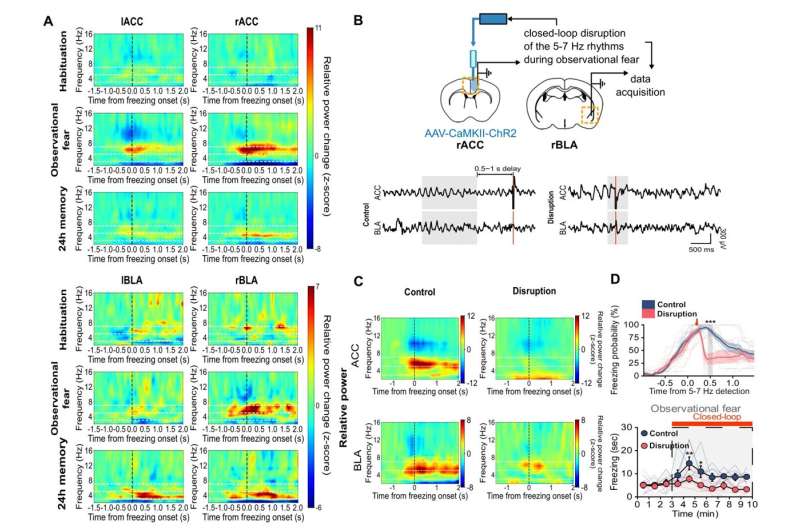 Furthermore, the researchers recorded electroencephalogram (EEG) in the ACC and BLA. As a result, they found that brain rhythms with the range of 5-7 Hz selectively increased in the ACC and BLA at the specific moment within the observer mice at the time they showed empathic freezing behavior (Figure 2A). On the other hand, the demonstrator mice which experienced the electric shock first hand showed increase in the lower 3-5 Hz range only within the BLA but not in the ACC.

Dr. Shin, states, “Synchronous neural oscillations within the networks could allow enhanced communications among multiple brain areas for various cognitive and emotional functions. However, their causal relationship has rarely been demonstrated.”

To test the causal relationship between 5-7 Hz rhythms and empathic behavior, the team performed an experiment called “closed-loop manipulations,” which involves using optogenetics to inhibit specific neural functions and monitoring the brain waves using EEG (Figure 2B). Through the closed-loop experiment, they could selectively disrupt 5-7 Hz rhythms in the ACC-BLA circuit, which in turn resulted in significant impairment of observational fear induced freezing during the conditioning sessions (Figure 2C & 2D). These results indicate that 5-7 Hz rhythms in the ACC-BLA circuit are causally involved in empathic behaviors. 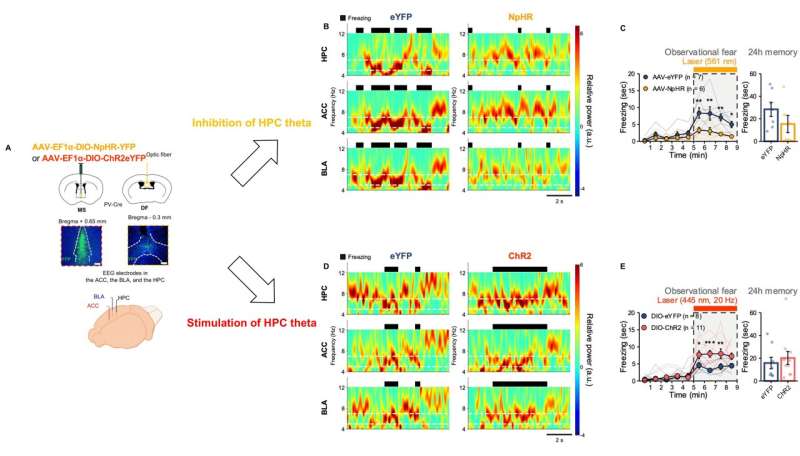 Dr. Hee-Sup Shin remarked, “Considering the universality of observational fear across mammals, it is reasonable to suppose a similar neural signature critical for affective empathy may be found in humans and could be used to identify empathy dysfunction in humans with psychiatric disorders involving severe social deficits.” He added, “At the moment, we do not know how hippocampal theta rhythms control the ACC-BLA rhythms. Future studies should address how multiple brain regions are simultaneously mobilized during observational fear.”