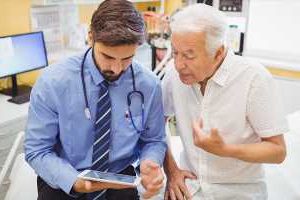 Patient and provider telehealth use has skyrocketed since the novel coronavirus began spreading across the United States – and analysts point to a “tsunami of growth” as virtual care, after years of frustrated promise, becomes the new normal.

The challenge now, says Dr. Joe Kvedar, president-elect of the American Telemedicine Association, will be integrating in-person care back into these reshaped clinical workflows.

“There’s a little bit of chaos out there right now,” said Kvedar, “because we’re doing everything by telehealth, and not everything should be.”

The question is “how to optimize,” he said.

“There are multiple ways to communicate with people,” he pointed out. “You get value out of each,” depending on the situation and the patient’s relationship with their provider.

Before the crisis, providers’ mindset was often “every [problem] has to come to the office,” he said. “Now everything is virtual. How do you knit these two care models together?”

To prepare for the shift, Kvedar has been urging clinicians to consider how much of their work has to require physical contact.

“I keep telling people to rethink what they need to make a decision,” he said. “You don’t [always] have to touch a patient to make that decision.”

This decision may be made easier by technological advances that can further advance at-home care.

“Home lab testing is on the horizon,” Kvedar said. Because of fears around COVID-19, he said, seemingly “everyone has pulse oximeters.”

“There’s software out there that can predict by the sound of your cough whether you have pneumonia,” he went on.

At the same time, clinicians should feel empowered to ask patients to seek in-office care if need be.

Kvedar proposed that providers could create integrated care plans using both models. “Maybe we end up saying, ‘I’ll see you every other visit in person,'” he suggested.

Telehealth in the long term

He noted the moves by the Centers for Medicare and Medicaid Services to reimburse providers for services and allow telehealth care between states, and the relaxed HIPAA regulations around technology use, as important contributors to the uptick in telehealth availability.

Though there has been some concern that those changes will get completely revoked once the crisis has passed, he said, “We really don’t think that’s going to happen.”

The ATA is pushing for lasting policy initiatives, he said, such as Medicare payouts for non-rural patients and strengthening interstate licensure options.

“During the crisis, many states have created ways for out-of-state providers to get a license in that state,” he explained. A provider in New Hampshire, for example, can provide telehealth care to a patient in Massachusetts. Though the ATA is not advocating for national licensure, he said, “We should have regional compacts” for doctors to practice over state lines.

“We’re the premier organization focused on telemedicine adoption. Before, that message was for a very niche audience. Now, it’s for everyone.”

He also noted that although having more available technological platforms – such as Zoom or FaceTime – is certainly helpful for patients, it may not be feasible in the long term.

“It’s not realistic from an IT perspective to have that much chaos in the marketplace,” he said. “HIPAA regulations are there for a reason; privacy and security is paramount.”

One thing is clear: The crisis has triggered an unprecedented interest in telehealth – and in the ATA.

“We’re the premier organization focused on telemedicine adoption,” Kvedar said. “Before, that message was for a very niche audience. Now, it’s for everyone.

“Companies that, in the past, were looking over the fence and stroking their virtual beards, are now signing up” for membership, he said.

“I’ve said a few times recently,” Kvedar said, “that I’ll never have to go to a cocktail party and explain what telemedicine is again.”