Home » Health News » The most expensive drug in the world, how it works and the devastating disease it treats

The most expensive drug in the world, how it works and the devastating disease it treats 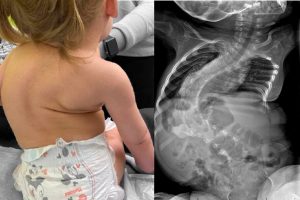 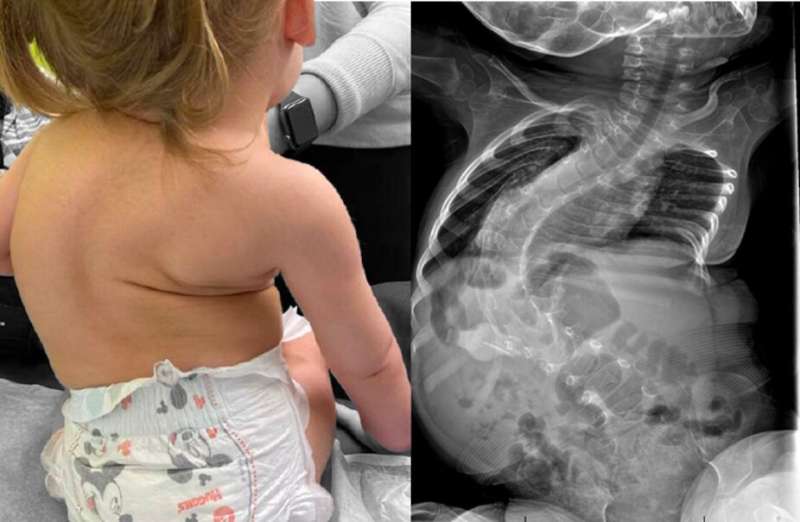 Babies born with the rare, inherited motor neuron disease spinal muscular atrophy are, without treatment, unlikely to reach their second birthday. When, as a researcher in the 1990s, I became aware of the disease there were no treatments even on the horizon. Now there are two recently licensed drugs to treat this devastating affliction.

There is a catch, of course. One of these drugs, Zolgensma, which has just been made available to treat babies in the UK, has been called “the most expensive drug in the world.” At £1.79 million for a dose, that’s probably true.

Spinal muscular atrophy is caused by the loss of a gene called survival motor neurons 1 (SMN1), which carries the information needed to make a protein, also called SMN, that is needed by every cell in the body. While in other species losing the SMN1 gene would be fatal, humans have an extra gene (SMN2) that can partly compensate for its loss. But SMN2 can generate only a small amount of the necessary protein compared to SMN1. And while many cells and organs in the body seem able to function with this reduced supply, motor neurons responsible for sending messages from the brain to the muscles are exquisitely sensitive to low levels of SMN.

This causes the loss of muscular control that is the characteristic symptom of the disease—where, for example, babies with the most common spinal muscular atrophy, type 1, usually fail to reach the developmental milestones such as actively rolling, sitting or crawling that most of us, as parents, take for granted. Other, milder types of the disease appear later in childhood (types 2 and 3) or in young adults (type 4), and result in progressive loss of muscle function. Some adults with the disease, such as Michaela Hollywood, work to raise awareness of it.

As biologists we don’t understand why motor neurons are so sensitive to the reduction of SMN protein, largely because the protein has many different jobs within the cell which we don’t yet understand.

Two treatments for spinal muscular atrophy increase the amount of SMN protein present in patients, with both designed to deliver the maximum effect in motor neurons.

Spinraza (generic name nusinersen) was the first accessible treatment, available through the NHS since 2019. Spinraza is an anti-sense oligonucleotide, essentially a very small piece of DNA that targets the way the SMN2 gene creates the protein the body needs. Usually a cell makes a copy of the information carried by the gene, called messenger RNA, and processes it into a template to create the protein. The SMN2 gene has a tiny fault that affects the processing of the RNA, which is why it produces much less protein. Spinraza corrects this fault, and so increases the gene’s capacity to create protein.

To get Spinraza into motor neurons, the drug needs to be injected directly into the spinal column by lumbar puncture. Unpleasant at the best of times, this can be particularly challenging in older children and adults living with the disease, as spinal curvature is common. It also needs to be administered regularly: up to six injections in the first year of treatment at a cost of £75,000 per injection, and three each year after that.

The most recent treatment is Zolgensma (generic name onasemnogene abeparvovec), a pioneering gene therapy dubbed “the most expensive drug in the world” and only available through the NHS since March 2021. Zolgensma uses a harmless virus with some of its DNA replaced by a copy of the human SMN1 gene. The virus has been developed for its ability to deliver the SMN1 gene to motor neurons when injected into the bloodstream. With the new, replacement copy of the SMN1 gene, the motor neurons can generate more of the protein they need.

As well as being substantially easier and less invasive to administer, clinical trials suggest that only one dose of Zolgensma is needed for it to be effective, in contrast to the repeated maintenance doses needed for Spinraza.

But neither of these drugs can be regarded as a complete cure, particularly for patients who have already developed significant symptoms. The timing of treatment for patients is critical, as the human body cannot replace motor neurons once they are lost. Ideally, treatment would be carried out before symptoms had developed. This is especially important for Zolgensma, which is currently only approved for babies under six months.

But in the UK newborns are not routinely screened for the disease, meaning some babies who could benefit from treatment may be missed, or that treatment begun later will be less effective. This is why campaigners are petitioning parliament to introduce screening for spinal muscular atrophy for newborns.

What’s critical is that we understand the long-term future for people treated with current therapies. We know lowered levels of SMN protein are particularly damaging to motor neurons, but we don’t know why. Other organs and tissues are also vulnerable to the effects of SMN loss, and we may need new treatments in the future to address this, given that these current drugs restore the supply of the protein primarily to motor neurons.

There is also some evidence from early cell culture experiments and more recent animal models that too much SMN protein may also be damaging to some cell types, particularly in the longer term. If this “Goldilocks effect”—neither too much, nor too little—poses problems for patients in the future, we need to work on the solutions now.

The list prices for both treatments are undeniably eye-watering, but “deals have been struck” by the NHS, and competition between these and future drugs may drive prices down.