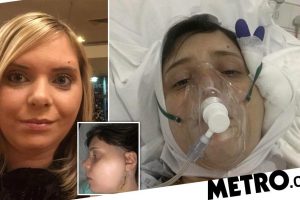 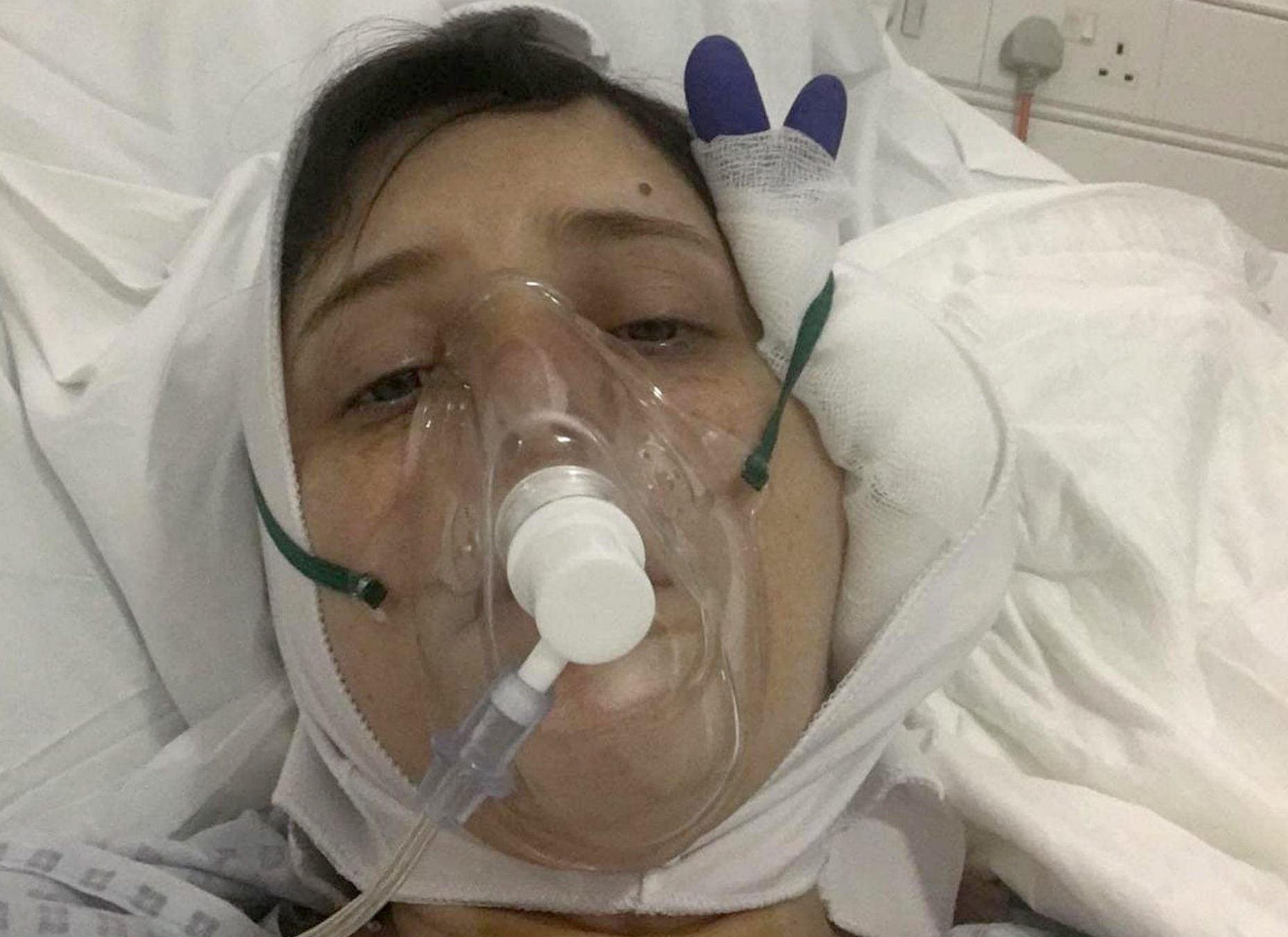 A woman who hurt her jaw eating a stacked KFC burger has told she needed 18 screws in her face and had to have a jaw replacement as a result.

Holly Strevens, 34, had five operations and screws put into the left side of her mouth as her jaw dislocated when eating a Wicked Zinger burger stacked with a hash brown.

The mum-of-one, who lives in Portsmouth, was diagnosed with temporomandibular joint (TMJ) syndrome, a disorder of the jaw muscles and nerves caused by injury or inflammation.

Holly believes her TMJ syndrome may have been triggered by the tall burger, although it can also be worsened by teeth grinding, stress, or arthritis.

She hopes to have the right side of her jaw replaced as she suffers chronic pain daily that leads to non-epileptic seizures.

Holly said of the incident: ‘I was eating a KFC at home whilst watching the TV and all of a sudden I had a loud pop noise.

‘It was my left jaw joint. It looked normal but it felt horrendous and kept “locking and unlocking”.

‘I must have stretched my mouth too wide when biting the burger.’

Although Holly is angry about the mishap, she’s warned others that it can happen to anyone, adding: ‘I was healthy before eating my KFC burger with no underlying health issues. TMJ just came from nowhere.’

She hopes fast-food restaurants reduce the size of their burgers to prevent this fate from befalling someone else, claiming her life has been ‘ruined’ by the pain and seizures.

The mum is unable to eat an apple, or anything ‘chewy’ or hard due to the pain. Holly also lost her job working as a part-time office administrator due to the seizures.

She said: ‘Over the years, I had a lot of time off as I was in and out of the doctors and the pain was affecting my daily life.

‘People can open their mouth up to 35mm but my jaw movement has reduced to 13mm.

‘I developed arthritis in my left jaw too with cysts on the joint before the jaw replacement.’

Three years after the incident, Holly had open-joint arthroplasty of the jaw- an incision was made in the skin to expose the jaw joint.

The surgeon replaced her tissue with an artificial disc in July 2017.

Sadly, her condition didn’t improve so Holly was forced to have the left side of her jaw replaced, resulting in a scar from her ear lobe to her eyebrow level.

Holly adds: ‘I regret eating the burger. It has changed my life. I am now classed as disabled and I have lost my independence completely.

‘My mental health has declined and I have anxiety because I might have a seizure when I am alone.

‘I am hoping to get the right side of my jaw replaced to put an end to the relentless chronic pain.’

Get in touch at [email protected]