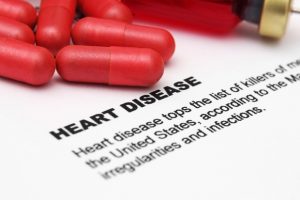 Poverty and Black race were associated with higher rates of lower leg amputation among people with peripheral artery disease who live in metropolitan areas, according to new research published today in a special issue of the Journal of the American Heart Association (JAHA), clomid and soy isoflavens an open access journal of the American Heart Association.

The analysis on PAD-related amputations is one of 16 new research studies highlighting health disparities among people from diverse population groups and published in the special spotlight issue of JAHA.

JAHA senior associate editor Pamela Peterson, M.D., M.S.P.H., and associate editor Sula Mazimba, M.D., M.P.H, note that while management of cardiovascular disease has reduced death rates over time, there are still "striking disparities" in the U.S. that have widened along racial, ethnic, socio-economic and geographical lines.

"We hope that this issue of JAHA will reinforce the recent America Heart Association's presidential advisory statement urging all stakeholders to a committed path towards transforming the conditions of historically marginalized communities, improving the quality of housing and neighborhood environments of these populations, advocating for policies that eliminate inequities in access to economic opportunities, quality education and health care, and enhancing allyship among racial and ethnic groups," they wrote.

Limb amputation is a serious complication of peripheral artery disease, also known as PAD. PAD is a narrowing of the peripheral arteries that carry blood away from the heart to other parts of the body. The most common type of PAD occurs in the lower extremities of the body, characterized by reduced blood flow to the legs and feet. The most common symptoms of lower-extremity PAD are cramping, fatigue, aching, pain or discomfort in the leg or hip muscles while walking or climbing stairs. This pain usually goes away with rest and returns when you walk again. In some patients with PAD, the disease can progress to cause pain at rest, ulceration or non-healing wounds of the feet, and/or amputation of the foot or limb.

"Limb amputation can be delayed and or prevented by timely and aggressive treatment. However, lack of access to specialized care may delay PAD diagnosis and limit efforts to save the limbs if it has progressed to the advanced disease stage," explained Fanaroff, an interventional cardiologist and assistant professor of medicine in the cardiovascular medicine division at the University of Pennsylvania in Philadelphia.

A recent American Heart Association scientific statement noted sex and ethnic disparities exist in the diagnosis and treatment of the most severe form of peripheral artery disease, critical limb ischemia.

Another article in the spotlight issue is a retrospective study of more than 425,000 women (ages 12-49; 59% non-Hispanic white women, 31% non-Hispanic Black women and 10% Hispanic women) in South Carolina who gave birth from 2004-2016 and were followed through 2017. The study, Incident Heart Failure within the First and Fifth Year of Delivery among Women with Hypertensive Disorders of Pregnancy and Pre-pregnancy Hypertension in a Diverse Population, by Angela M. Malek, Ph.D., et al., found racial and ethnic differences in heart failure rates among women who experience hypertensive disorders during pregnancy as well as among women who experience hypertensive disorders both before and during pregnancy.

"These racial and ethnic differences are important since we already know non-Hispanic Black women experience higher pregnancy-related deaths than non-Hispanic white women," said Malek. "Clinical and public health prevention efforts are needed to reduce complications and death rates in women who have hypertensive disorders before or during pregnancy as they are at increased risk of heart failure or dying from heart failure within five years."

Additional research is needed to further examine racial/ethnic differences in maternal incident heart failure after delivery. The clinical and public health implications of this research could inform changes to clinical practice to reduce modifiable cardiovascular risk factors and screening for adverse maternal outcomes in women identified as high risk, according to the study.