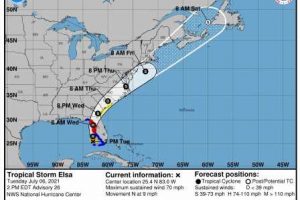 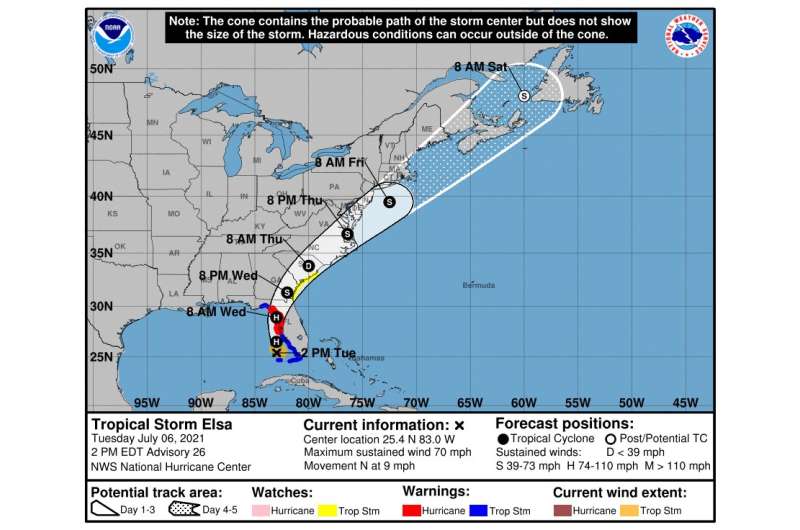 When a hurricane threatens to make landfall, forecasters offer a barrage of informational tools to communicate the risk of it coming through coastal and inland communities, so residents can prepare for its impact. Chief among these tools is the “cone of uncertainty”—a visual depiction of the storm’s potential path.

But is the cone doing its job? Studies show that people often misinterpret this popular weather graphic. They don’t understand the information it’s conveying: the likely path of a storm, and its likelihood to deviate from that path based on historical data. The graphic is cone-shaped because the farther we try to look into the future, the more uncertain the forecast. But because the cone draws a line around a specific area, many people assume that locations outside the cone will not be affected by the storm.

Researchers in Colorado State University’s Department of Psychology are working on an easily understood, science-backed way to visually represent hurricane danger to the general public. They contend that the cone of uncertainty creates a false sense of security for people who live outside the boundary of the cone and that there are better ways to signal likely impacts.

The research team includes psychology professors Jessica Witt, who studies the human visual system, allied barton services and Benjamin Clegg, who studies human factors in the design of new technologies. Together, they created experiments to test whether hurricane projections could be better understood by average viewers through dynamic graphics the researchers have christened ‘zoomies’. Their results are detailed in Journal of Experimental Psychology: Applied.

According to Witt, the human visual system excels at something called ensemble perception. When your eyes see a group of objects, your brain quickly extracts a summary of those objects. Looking at a patch of grass, your brain makes a snap judgment about its average greenness. When you look at a tree, your brain automatically estimates the average size of the leaves.

The cone of uncertainty is what researchers call a summary statistic. The average, projected track of the hurricane goes up the middle, and that track is surrounded by varying degrees of uncertainty.

When the cone gets bigger, people think that means the storm will be getting worse or increasing in severity. But the cone’s size is only communicating increasing uncertainty around the forecast. The cone also lends itself to what researchers call a containment heuristic.

“People like categories, and to be able to put things in these binary buckets – [at] risk, not at risk,” Witt said. “The cone basically encourages that. It has this well-defined boundary, and people treat things within a boundary as qualitatively different than what’s outside the boundary.”

Clegg points to Hurricane Katrina that devastated New Orleans and surrounding areas in 2005. “It’s a good example of a storm that shifted its path just before landfall, heading outside the previously forecast cone of uncertainty,” Clegg said. People who lived outside earlier forecast cone boundaries might have assumed they weren’t at great risk, he said.

Their new and improved graphic is more like a track ensemble, or a spaghetti plot. But track ensembles also have their issues. If a town is located on a track, then people perceive it to be at higher risk than one located off a track, even if the latter one is located closer to the storm’s center.

So Witt and Clegg came up with the idea of “zoomies,” which are sets of dots that each represent a different projected hurricane path and move accordingly. “The idea is that by getting rid of the defined boundary, we do not have this yes-or-no binary risk distinction, but rather a more gradual, more probabilistic understanding of risk,” Witt said.

Lots of zoomies following paths close to the most likely path convey the higher risk there. But even a few zoomies showing more extreme deviations illustrate that there is still some risk for those areas, the researchers said.

Their hypothesis was borne out in a series of experiments with CSU students who, the researchers noted in their paper, are typically not very experienced with hurricanes. In the experiment, they tasked participants with deciding whether to evacuate a town on a map, based on seeing either a traditional cone of uncertainty or the experimental zoomies.

The cone of uncertainty had a distinct containment effect: Study participants chose to evacuate the town located within the cone at high rates, and the town beyond the cone at low rates. The cutoff was sharp and happened over a very short geographical distance—defined by the boundary of the forecast cone.

When the participants assessed hurricane risk using the zoomies, however, researchers saw a gradual decrease in evacuation rates. As the town got further from the center of the projected path, evacuation rates decreased gradually—more in line with what should be done in real life.

“This showed that the participants understood there is risk beyond where the cone ends,” Witt said. “There is risk in these peripheral areas.”

The researchers repeated the experiments with university students in Florida—who are notably more experienced with actual hurricanes—with collaborators Amelia Warden, a CSU graduate student, and Lisa Blalock, a psychology faculty member at University of West Florida. The results were strikingly similar to the study conducted in Fort Collins. This parity indicates that the visual impression from the cone of uncertainty is so strong that it overcomes even prior knowledge of how hurricane forecasts work.

The experimental results with the Florida students are accepted as a conference paper at the Human Factors and Ergonomics Society meeting in October, where Witt and Clegg will present their findings.