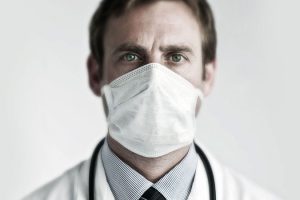 About half of adults in the United States say that they would be uncomfortable seeing a doctor who had not been vaccinated against COVID-19, according to a recent WebMD/Medscape poll.

As with so many things American these days, however, there are some significant differences hiding in those findings.

Age differences, for example, played a major role in the results, with 64% of those ages 45 years and older saying they were not at all comfortable, vs. 46% of those under age 45.

Respondents living in the West were most likely to express their comfort with nonvaccinated doctors (46%), and those in the Northeast were least likely (26%), with the Midwest (35%) and the South (38%) falling in between.

Infection Scenarios: Should Providers Be Punished?

The survey also included a question about whether health care providers should be punished if they expose others to COVID-19 through various scenarios while at work.

The scenario voted worst was a clinician who had COVID-19 but continued to work without using personal protective equipment (PPE). Eighty-two percent of respondents agreed that was worthy of punishment. A clinician who knew they were infected but continued to work while wearing PPE was the only other scenario where more than half of the respondents supported punishment (53%).

That group came to a similar conclusion: More than 90% said that the clinician who knew they were infected but kept working without PPE should be punished.

The opinions in that survey differed somewhat after that, both from the patient poll and between the clinician groups.

None of the other scenarios reached 50% support for punishment among the doctors, but 51% of nurses and 55% of other providers wanted to punish a clinician known to have COVID who infected a vulnerable patient.