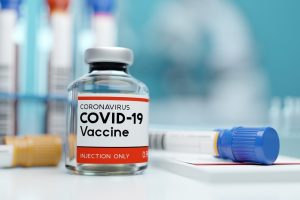 The rapid development of vaccines against severe acute respiratory syndrome coronavirus 2 (SARS-CoV-2) is remarkable. Preliminary reports suggested the high efficacy of vaccines in preventing symptomatic COVID-19, raising hopes that herd immunity could be achieved. However, this was undermined by the rapid waning of antibodies and the viral immune escape, resulting in reduced efficacy against infection.

Multiple reports suggest neutralizing antibody (nAb) titers correlate with immune protection. One study observed a dose-response relationship of nAb titers with protection against infection and severe disease outcomes. Numerous studies have shown declining vaccine efficacy against severe disease, contradicting the perception that durable T-cell responses would result in prolonged immunity against severe disease. Besides, there is a significant inter-individual variation in the nAb response.

The study and findings

In the present study, butalbital apap caffeine tablets researchers quantified the heterogeneity in the durability of nAb responses. They used a mixed-effects modeling approach to measure population-level variability in the kinetics of nAbs and binding immunoglobulin G (IgG) elicited by SARS-CoV-2 vaccination. Clinical data were obtained from a phase-1 trial of Moderna’s mRNA-1273 vaccine.

The median half-life of nAbs was significantly higher than that of IgG, consistent with the phenomenon of affinity maturation after vaccination. There was heterogeneity in the peak nAb titers and half-lives across the general population. The mean nAb half-life was 75 days, implying a 29-fold decay of nAb titers over a year post-vaccination.

The peak nAb titer post-vaccination was 4.4-fold higher than the mean convalescent plasma titers post-infection. In a model-simulated population, heterogeneity in the individual nAb pharmacokinetic parameters led to differences in nAb titers. Protection from mild symptomatic disease due to wildtype SARS-CoV-2 (VE­s) ranged from near-complete at the 90th percentile to 90% in the 10th percentile after vaccination.

VEs was near-complete in the population immediately post-vaccination. However, it declined to 75% in the 10th percentile. Notably, the mean population VEs remained at 90% after six months. Despite the relatively high VEs across the population in the first six months after vaccination, immune-evasive SARS-CoV-2 variants could erode this immunity.

The mean protection against mild disease caused by Omicron after six months post-vaccination was less than 30% across the population, whereas it dropped below 40% for severe disease. Further analysis revealed that an optimized anti-receptor-binding domain (RBD) IgG titers strongly predict the required nAb titers for 90% protection against severe disease, with 93% sensitivity and 72% specificity.

The authors found substantial heterogeneity in the degree and durability of nAbs. Because Moderna’s phase 1 trial excluded immunocompromised subjects from participating, the observed heterogeneity reflects the diverse outcomes expected in the general population. The small size of the participants in the study might not be representative of the entire population.

Moreover, the trial only covers three months of follow-up post-vaccination, which could limit the investigation of long-term kinetics of nAb response, including the possibility of a biphasic decay. A possible solution to address heterogeneity would be administering multiple vaccine boosters for those with poor immunity. Although frequent boosting could present enormous logistic challenges, next-generation vaccines should be designed to overcome the existing issues.

A recurrent failure of the current public health strategy has been overly optimistic assumptions about the pandemic and the delayed reaction/response to any deviations from those assumptions. Overall, the findings suggested the need to advance the protection conferred by vaccines by deploying next-generation vaccines and optimizing the dose and schedule of existing vaccines.

Tarun is a writer based in Hyderabad, India. He has a Master’s degree in Biotechnology from the University of Hyderabad and is enthusiastic about scientific research. He enjoys reading research papers and literature reviews and is passionate about writing.