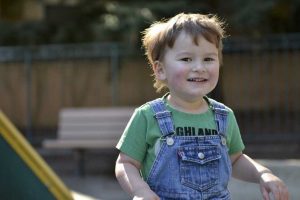 Researchers from the Center for Autism Research (CAR) at Children’s Hospital of Philadelphia (CHOP) found that difficulties in diagnosing toddlers with autism spectrum disorder (ASD) might be due to the dynamic nature of the disorder during child development. Children with clinical characteristics that put them on the diagnostic border of autism have an increased susceptibility to gaining or losing that diagnosis at later ages. The findings were published online by The Journal of Child Psychology and Psychiatry.

While most children diagnosed with ASD at early ages retain their diagnosis, a significant number of children have more dynamic presentations of clinical features associated with autism and may show changes as they develop, particularly around the time they are between two and three years old. These changes may lead a minority of children to actually lose or gain their ASD diagnosis over time. Recent studies have introduced the notion that this change in diagnosis is the result of intermediate cases of ASD, where children are neither clearly affected nor clearly unaffected.

Although researchers have been aware of these intermediate cases and possible diagnostic shifts, no prior studies have quantitatively evaluated the transition region between these ASD and non-ASD cases. Using a data-driven approach, the study team wanted to explore the links between early diagnostic shifts in ASD and the “fuzzy nature” of the diagnostic boundary.

“This study is the first to really develop a quantitative understanding of how each person is unique and how some of their core attributes change in small ways over the third year of their life,” said Robert T. Schultz, buy online strattera canada without prescription Ph.D., director of CAR and senior author of the study. “Past studies called attention to diagnostic instability at early ages without understanding why this was happening for each child and that these changes are gradual. Children grow in a continuous manner, and we now have a principled way to measure this steady growth and how it may push these children into and out of the diagnostic category of autism.”

The researchers used a cohort of children with high risk of developing ASD, since all participants had an older sibling diagnosed with autism. The cohort included 222 participants assessed at 24 months of age and then at 36 months of age. Using machine learning, the team was able to empirically characterize the classification boundary between ASD and non-ASD participants by quantifying developmental and adaptive skills.

The study found that most children who switched diagnostic labels (dynamic group) – either from ASD to non-ASD or vice versa—had intermediate clinical feature profiles. They were, on average, closer to the classification boundary compared with children who had stable diagnoses, both at 24 and 36 months of age. The magnitude of the shift was similar for both the dynamic and stable diagnostic groups, suggesting that diagnostic shifts were not associated with a large change in clinical profiles.

However, when children were examined at an individual level, a few children in the dynamic group showed substantial change. There were also substantial improvements in some children with severe impairments, suggesting that not all diagnostic shifts are due to having an intermediate clinical profile. Diagnostic shifts could be due to a variety of factors, including different causes of ASD, varying timing of the onset of ASD, and different treatment histories.