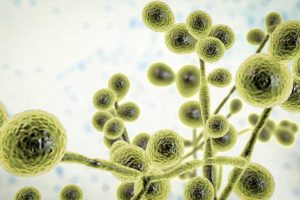 In a recent study published in the Journal of the Royal College of Physicians of Edinburgh, researchers analyzed data collected over ten years to understand the clinical characteristics, epidemiology, outcomes, and management of bloodstream Candida infections in diabetes patients.

The species of the yeast genus Candida are the predominant cause of fungal infections in hospital settings. For immunocompromised patients, candidemia can also cause death. The common candidemia-causing species are C. albicans, C. parapsilosis, C. glabrata, C. krusei, and C. tropicalis. While some species can be treated with fluconazole, others such as C. glabrata are becoming resistant and C. krusei is inherently resistant. Furthermore, although echinocandins such as micafungin, anidulafungin, and caspofungin are effective against most Candida species, they cannot be administered orally.

Patients with diabetes are especially susceptible to candidemia because of the increased antibiotic treatments and integument disruption due to neurological injury. Furthermore, hyperglycemia reduces the neutrophil function that normally kills yeast cells. Given the increased susceptibility of diabetes patients to candidemia, it is important to understand the epidemiology, outcomes, and treatments for Candida infections.

In the present study, researchers conducted a retrospective analysis of 10 years of data consisting of documented cases of bloodstream Candida infections. In addition to information on the yeast species identity and antifungal susceptibility, the analyzed data also comprised patient demographic information, health conditions such as diabetes and cancer, previous antifungal prescriptions and use, age, hemodynamic instability, echocardiographs, ophthalmoscopy results, and information on central venous catheters.

The European Confederation of Medical Mycology (ECMM) has also proposed a point-based scoring system to evaluate clinical management quality. This system assigns scores based on criteria such as blood culture volume, identification of yeast species, testing the yeast cultures for antifungal resistance, treatment with echinocandins, ophthalmoscopy, echocardiogram, time taken to remove central venous catheters if present, and many more. These criteria were used to assign scores for patients who died on antifungal medications.

The results reported 200 cases of candidemia, of which 32% (64) were patients with diabetes. A total of 204 Candida isolates were obtained from the 200 cases, with four patients being concurrently infected with two Candida species. Of these, the number of C. albicans isolates was the highest (86), followed by C. glabrata (67) and C. parapsilosis (32).

The authors believe that based on the results from the present study and other studies, the higher frequency of C. glabrata infections in patients with diabetes could indicate a selection pressure generated from the use of fluconazole and other azoles. Patients with diabetes are often treated with azoles for other fungal infections, such as vaginitis and urinary tract infections, with Candida. The susceptibility of C. albicans to fluconazole could lead to the prevalence of C. glabrata infections in the bloodstream.

To summarize, the study evaluated ten years of documented candidemia cases to understand the epidemiology, outcomes, and management of Candida infections in patients with diabetes.

The higher incidence of C. glabrata infections in diabetic patients indicates the possible selection pressure due to fluconazole resistance. It highlights the need to review initial therapy prescription practices for treating Candida infections.

Chinta Sidharthan is a writer based in Bangalore, India. Her academic background is in evolutionary biology and genetics, and she has extensive experience in scientific research, teaching, science writing, and herpetology. Chinta holds a Ph.D. in evolutionary biology from the Indian Institute of Science and is passionate about science education, writing, animals, wildlife, and conservation. For her doctoral research, she explored the origins and diversification of blindsnakes in India, as a part of which she did extensive fieldwork in the jungles of southern India. She has received the Canadian Governor General’s bronze medal and Bangalore University gold medal for academic excellence and published her research in high-impact journals.