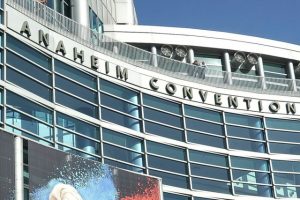 Amid mounting concerns over coronavirus, Natural Products Expo West has decided to postpone its annual trade show, which was scheduled to be held this week from March 3 through 7 in Anaheim, Calif.
A new date for the event, for which production and setup was already under way this week at the Anaheim Convention Center, has not been set. New Hope, the company that organizes Expo West, said in a statement that it intended to announce a new date by mid-April.
"It is now clear, despite continued advice from local government and health authorities that the City of Anaheim remains open, that the majority of our community want the show, but they do not want it now," said the statement, which was posted to Expo West's web site Monday night.
Expo West has been described as the "Super Bowl" for natural CPG products — New Hope's web site describes it as the "largest natural, organic and healthy product trade show." This year's event was expected to draw 86,000 attendees, 3,600 exhibitors and would have covered 580,000 square-feet of convention center space.
The decision to postpone the show seemed to be a fraught one.
Rumors began circulating via Slack channels, e-mail threads and LinkedIn posts on Friday. Big retailers such as Target, Amazon and regional grocery chains, not wanting to put employees at risk of contracting or spreading coronavirus, were said to be no longer attending the show.
Expo West draws a vast array of brands big and small, many of which are new to market. The show is considered an important opportunity to make connections with retailers and investors. In recent years, as interest in natural products only continues to grow, more and more big-box retailers have attended, along with investors and global CPG companies like Unilever and L'Oréal. "It's where so many opportunities are created," said Wayne Wu, a general partner at VMG Partners, which has invested in brands such as Daily Harvest, Babyganics, Briogeo and Spindrift.
Sources told WWD that by Monday, a long list of major retailers, including Target, Walmart, Amazon and regional grocery chains such as Albertsons, were rumored to have decided to no longer attend the show. None of these retailers responded when contacted by WWD. However, Whole Foods Market, Costco, Fresh Direct and Harris Teeter all officially pulled out of attending, according to another post on Expo West's web site.
Unilever, which had planned on exhibiting several of its wellness-oriented brands, including Seventh Generation, Tazo and Olly Nutrition, confirmed to WWD on Monday that it had pulled out of the show. "The safety of our employees is our top priority. In light of the recent warning from the CDC, Unilever North America made the decision to restrict travel and participation at large events in an effort to safeguard its employees," a spokesperson said.
Prior to its postponement announcement, Expo West was keeping a running list on its web site of brands that had contacted the organizer to cancel their attendance. A range of brands, including General Mills, Vital Farms, Kite Hill Foods, Banza, Acure, Banza, Nestle, Bob's Red Mill, Organic Valley and Hello Products — recently acquired by Colgate — were all on the list, alongside many more.
On a LinkedIn thread started by Wu, exhibitors, attendees and sponsors weighed in on whether they would still be attending, and whether the show should be cancelled as a public safety precaution in light of the coronavirus.
Many had strong opinions, especially as the weekend drew to a close and Expo West announced that the show was still slated to go on.
Daniel Lubetzky, founder and executive chairman of Kind, the snack bar company, issued an impassioned statement criticizing New Hope's decision to continue with the show as scheduled, despite mounting concerns over coronavirus. Many small entrepreneurs, he argued, would be forced to choose between an important business opportunity and their personal health and safety.
"Particularly given how extraordinarily profitable this franchise is to them, and in light of how a large swath of retailers have decided not to attend the trade show, I would have expected New Hope several days ago to offer all exhibitors and attendees a refund (or at a minimum a credit) if they opted not to attend," Lubetzky wrote.
Expo West is expensive for brands, and could cost anywhere from $20,000 to $50,000 for the smallest vendors to exhibit, a source estimated.
New Hope said that it would establish a $5 million "rebate fund," and would "work with vendors on establishing future credits."
Wu and his team at VMG had already made the decision to pull out of the show before the postponement was issued, he said, ultimately due to "how little is still known" about the coronavirus. The decision was not made lightly, he said, given how significant Expo West is. "Having a volume of people in a fixed location based on sampling of food at a worldwide trade show didn't seem to be the right thing for us," he said.
In its statement, New Hope expressed that it hoped to reschedule Expo West in Anaheim or another location "before summer."
Events scheduled for this month and early April all over the world have been cancelled or postponed in light of coronavirus, including the Mobile World Congress in Barcelona and the Adobe Summit in Las Vegas. Meanwhile, South by Southwest, scheduled to begin March 13 in Austin, Texas, is still scheduled to go on although Twitter, Facebook, Microsoft and Mashable have all pulled out, citing the virus.
Source: Read Full Article