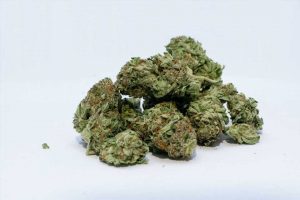 More than 1% of Canadians have been dependent on cannabis at some point in their lives. Despite the fact that marijuana use is expected to grow with the recent legalization of recreational cannabis in Canada, little research has focused on factors associated with recovery from addiction.

New research published online this month in the journal Advances in Preventive Medicine found that Canadians with a history of cannabis dependence are much less likely to be in excellent mental health and much more likely to have some form of mental illness or substance dependence compared to those who have never been dependent on cannabis.

The study compared 336 Canadians with a history of cannabis dependence to 20,441 who had never been addicted to the substance. The data were drawn from Statistics Canada’s 2012 Canadian Community Health Survey-Mental Health.

“Our findings illustrate that for many adults, a history of cannabis dependence casts a very long shadow, with a wide range of associated negative mental health outcomes” says lead author Esme Fuller-Thomson, professor at the University of Toronto’s Factor-Inwentash Faculty of Social Work (FIFSW) and Director of the Institute for Life Course and Aging.

Overall, 74% of those without a history of dependence were in excellent mental health, while only 43% of those with a history of dependence were. To be considered in excellent mental health, subjects had to report: 1) almost daily happiness or life satisfaction in the past month, 2) high levels of social and psychological well-being in the past month, and 3) freedom from all forms of substance dependence, depressive and generalized anxiety disorder and serious suicidal thoughts for at least the preceding full year.

“It is important to consider ways to best facilitate social integration and social support for clients who are recovering from cannabis addiction,” says co-author Janany Jayanthikumar, a Master of Social work graduate from U of T. “Clinicians may be more effective if they expand the focus of their treatment for substance dependence to include strategies to assist clients in creating and maintaining healthy social connections.”

In addition, women with a history of cannabis dependence were more likely than men to be in remission and to have excellent mental health.

“Women may experience more acutely negative physical, mental, and social consequences of substance use than men which may motivate them to discontinue use,” says co-author Melissa Redmond, Assistant Professor of Social Work at Carleton University. “Women may also decrease substance use during pregnancy or periods of child-rearing due to side effects and associated feelings of responsibility or guilt.”

The study also found that with each decade of age, adults had double the likelihood of achieving both remission and excellent mental health.

“Decreases in impulsivity, increased role responsibility, awareness of the impact of drug use on health as well as negative social consequences are thought to play a role in remission among older individuals.” says co-author Senyo Agbeyaka, a recent Master of Social Work graduate from U of T.

While the Statistics Canada survey used for the study did not gather information on what interventions, if any, those with cannabis dependence received, other research indicates that combined treatments, such as motivational enhancement therapy and cognitive behavioral therapy, are quite successful in reducing cannabis use as well as dependence related symptoms.

Previous research indicates that among cannabis users, dependence is high. A 2013 nationally representative US study found that almost one-third (31%) of current cannabis users were cannabis dependent.