Broken bone location can have significant impact on long-term health 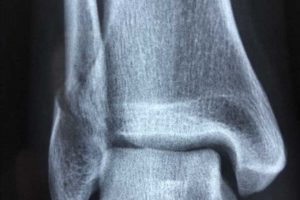 In older individuals, the location of a broken bone can have significant impacts on long-term health outcomes, according to research accepted for presentation at ENDO 2020, the Endocrine Society’s annual meeting, and publication in a special supplemental section of the Journal of the Endocrine Society.

The study found older people with broken bones closer to the center of the body, known as proximal fractures (such as upper arm, upper leg, pelvis and ribs) face a greater risk of being admitted to the hospital for major medical conditions and of dying prematurely following their fracture than similarly aged people without fractures.

“It is well-known that a hip fracture can have devastating health implications for older individuals, but less is known about the effects of other fractures in the body,” said lead study author Jacqueline R. Center, Ph.D., of the Garvan Institute of Medical Research in Sydney, Australia. “Not only should people be treated for their bone health, but we now have information allowing us to understand why people do badly after a fracture and how we may intervene to improve outcomes.”

The researchers used the Danish National Database to study 300,000 patients 50 years or older with a low-trauma fracture (due to falls from a standing height). They examined differences in the reasons for subsequent hospital admission and death patterns between patients with proximal fractures compared with those fractures further away from the center of the body, known as distal bones (such as the wrist, ankle, hand or foot), where there is no increased risk of death. They matched people with fractures to people without fractures who had a similar age and other medical diagnoses.

They found that people with broken bones at proximal sites had a 1.5- to 4-fold greater risk of death over the next two years than their non-fracture counterparts, whether they were admitted to the hospital after their fracture or not. They were also more likely to have an admission to the hospital for cardiovascular disease, cancer, stroke, diabetes, pneumonia and lung disease. By contrast, those people who had a distal fracture had similar or lower risk of death, as well as similar hospital admission patterns as their counterparts with no fractures.